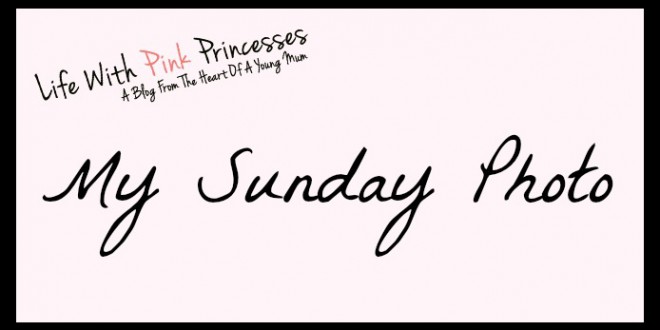 Today is the very last day of the Easter Holidays for us. Apparently, we’ve had a longer holiday than everyone else but we’ll be having a shorter six week holiday?! I don’t think our two weeks have been too shabby. We’ve managed to really enjoy ourselves actually and have filled our days with plenty of things, I think we’ve only have three or four full days at home.

Although P1s behaviour has slightly deteriorated the past few days, clearly it’s all been long enough now, she’s actually been such a joy to have around. She has become so helpful and I’ve really relied on her in some senses. She’s been there to amuse the baby when I’m busy washing up and she’s been a pretty good play mate for P2 too. In fact I think P1 has really taught P2 lots about playing and I’ve frequently found P2 doing things of her own accord that her sister taught her that morning, like role play with her Peppa Pig Weebles. But I definitely think my Sunday photo, which was technically taken yesterday (Saturday) has really summed up our final fews day. We were invited to our local Nature Trail with my MiL and BiL yesterday, and we didn’t have too long to get ready as it was a spontaneous trip. I spent nearly an hour trying to get P3 to nap, she was emotional and clearly tired. Closing her eyes every now and then as she had her bottle but fighting it all the same and not giving in to sleep. I began to get panicky as the minutes were closing in on the time we had arranged to meet. I gave up. Asked P1 to play with her sister whilst I showered so that I could grab just 5 minutes.

When I got out of the shower P3 was asleep. P1 had got her blanket, dummy and teddy and was sat stroking her hair. “Mummy she’s nearly asleep be quiet” she said to me. She was soundo and stayed fast asleep until we needed to leave allowing me to do my makeup and get dressed in peace!

Although she drives me completely up the wall, I am so proud and thankful of P1. She’s an amazing friend, sister and daughter to me. I’m not looking forward to the early mornings and not having her around.

When did your children go back to school?