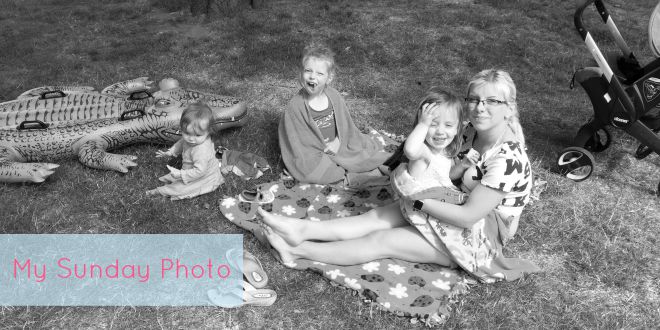 We have been spending loads of time lately doing things as a family. I think as they all start getting older things are becoming much easier when we go out. Yesterday, we headed to Eynsford Water Ford where we went when we had the heatwave but we didn’t get to take P1. Hubby had ordered, from the request of P2, a “crocodile boat” but when it arrived the beautiful sunshine and heat had disappeared to muggy cooler weather. Yesterday was the first time we have all been together when the sun was slightly warmer than it has been so we packed a bag, put on our swimming costumes and stuffed the crocodile and children into the car.

The area was deserted, quite unlike the previous two times we’d been but it was only 10am at the time. When the sun was out from behind the clouds it was lovely and warm. But when it was hidden it was quite chilly. Team that up with the freezing water which was once a lovely contrast to the heat, it was just unenjoyable for P2. She wanted to go home and sat with me on the blanket. However, P1 surprised us by actually wanting to float along the river on the crocodile and even go down the tiny waterfall parts. It was a lovely hour and half that we spent there, completely alone and as a family.