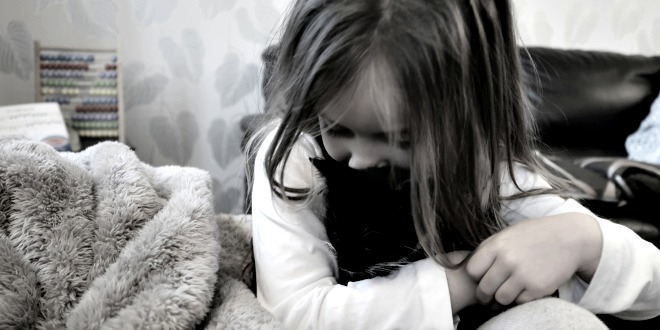 You Never Think It Will Be Your Child

Bullying is something that happens in every school. It’s a part of learning boundaries, personality clashes and bad behaviour. As a parent you hope that your child will never be bullied, that they are kind to everyone and that you never have to be called in to the Head Teacher because of an incident involving your child and someone else’s.

Last year P1 was badly bullied by a girl in her class. It was awful but sadly expected as P1 is clearly different and has learning difficulties. I was hot on it once I realised it was happening, I had meetings with her teacher and the Head Teacher and it was resolved relatively quickly and efficiently. I have my eyes wide open to signs that she is having problems. But this post isn’t about my eldest. It’s actually about my middle daughter who began her primary school journey just two months ago.

I have always said that P2 would never be bullied but had the potential to be the bully, not because she’s a horrible girl because she really isn’t. But mainly due to her personality traits. She is boisterous, she is confident and she says things exactly as it is and has been known to tell people that she doesn’t like them for a certain reason. I actually love those things about her as it makes her who she is.

Yesterday we faced something completely new for us and totally unexpected as we picked P1 and P2 up from their after school club. This club is a fun environment where they get to cook, play games and socialise. We walked in to find P2 sitting next to the leader of the club by herself with her back turned away from the lady. The lady had a concerned face on her. At first glance I thought P2 had maybe hurt herself but it turns out that she actually bit another little girl.

I was shocked. Had no idea how to react to this. If we was at home and she’d bitten one of her sisters I would have been furious but we were not at home. As soon as P2 saw me she burst into hysterical tears. The situation had clearly effected her. She was sobbing so hard and I wanted to cry with her. Her body felt vulnerable against mine.

It was explained that the other little girl had been trying to give P2 a hug and P2 didn’t want it so bit her. That was the most we got from the situation whilst in there as P2 was too inconsolable to explain anything. We apologised, asked how they had dealt with it and then signed a form to go on her “record”. How embarrassing!

The club had seemingly dealt with the situation really well. Explaining to P2 that she should never hurt someone and rather use words if something is upsetting her. Hubby and I quickly muttered to each other that we wouldn’t be angry but try to figure out what had actually happened to lead up to the incident. It turns out that it was a little girl that P2 had mentioned before that keeps following her around and trying to hug her. Completely innocent things.

It comes down to consent, which funny enough is hot in the news right now. P2 wasn’t happy that this girl was hugging her and when she’d asked her to stop, she didn’t so her reaction was to bite and get the girl off of her. Don’t get me wrong I am angry that P2 bit someone and it’s one of the things I never think is acceptable. But at the same time I am proud that P2 had the courage to fight her own corner for something she wasn’t comfortable for.

We have explained to her that she must speak to a grown up or scream and shout if someone at school is doing something she doesn’t like. We’ve made it clear that it is unacceptable behaviour to hurt anybody no matter if they are hurting you. I am still very confused and upset by the whole thing. Parenting is bloody tough isn’t it!!

I went in to see her teacher the next morning to make them aware. I want them to keep an eye on P2. The poor girl has to deal with her big sister, who we believe is autistic, getting in her face every day and for it to be happening at school I feel so sad for her. She has to deal with so much being a sibling to a two very difficult children.

She is doing well at school and is honestly a really kind little girl. I just hate to think that she will start to get a bad reputation by the parents of this little girl, or even the after school club. Especially this early in the year!!