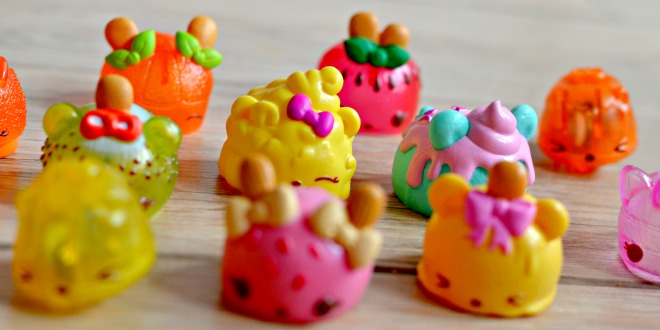 I tend to steer clear of the latest craze for my girls. I’m a horrible mum you see and just let them watch videos of the latest craze on YouTube. But when I was asked to create my own unboxing video for the new Series 2 Num Noms, I unashamedly got quite excited. P1 has been begging for these weird little toys for a while now after her obsession with Shopkins fizzled out a few months ago.

We were sent the new Series 2 Freezie Pop Deluxe Pack to open up and play with along with 2 Mystery Packs. I have to admit I was pretty excited opening them too. Toys have certainly improved since I was a child. So for those who haven’t spent hours listening and watching Num Noms videos on YouTube, Num Noms are cute scented toys. The Noms part are a hard toys which is either a lipgloss, stamper, motorized or a special edition eraser. The Num part is a squidgy scented character which can be stacked on top of a Nom to create thousands of different combinations. Although they suggest the Num Noms are suitable for ages 3 and over, all of my girls love them. P3 especially enjoys them and even says “num noms” which is super cute. I can’t believe just how much fun they’ve had with such a tiny, cute little character. You can find the Num Noms Deluxe Pack

and the Num Noms Mystery Pack

on Amazon. We created a little unboxing video that you can see below. It was our first ever toy unboxing I think so be kind.

A really cute and fun toy for all ages.

User Rating: Be the first one !
Share
Previous A Nursery Trip To Hastings
Next Letter To My Princess 1 – 7 Years 6 Months