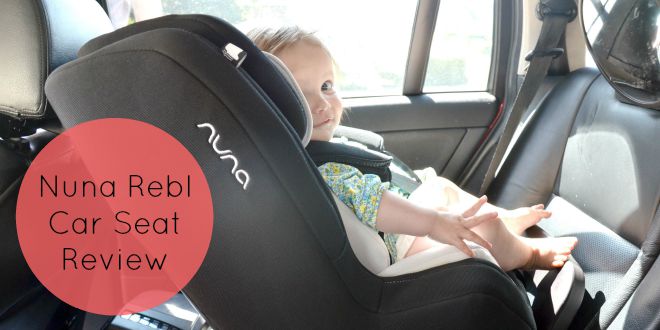 It can get a little confusing when you have a baby. All the different products, technologies and safety requirements that come from the responsibility of having a baby. I remember when P1 was born and I wasn’t allowed to leave the hospital without the nurses checking that she’d been safely fitted into her car seat. Things have changed slightly since then but car safety is something we sort of take for granted I think. It’s something we do every day without really thinking about it as a parent. I’m a mum of three and every time we go out in the car I have three little people to correctly strap into their various car seats of various stages. We were recently sent the new Nuna REBL Car Seat to try out and it actually led me to research a little more about car seats and safety in cars in general. The Nuna REBL Car Seat is i-Size approved. This is a new European safety standard for child car seats that basically means that the car seat has had extra side impact testing. This safety standard is currently running alongside the existing one after being released in July 2013 but will eventually be replacing it. I think this is such a crucial safety standard actually and now that I know more about it myself I will certainly be looking for this in any further car seats we buy in the future.

The Nuna REBL Car Seat is quite bulky. It’s very heavy too weighing 13.5kg. It looked quite beastly if I’m honest and screamed pure luxury. The seats are padded to the extreme keeping baby comfortable and secure whilst on journeys. It has a no re-thread 5 point car harness. The bit I loved most was the 360° swivel. I have always wanted a car seat that was able to turn towards me to make getting in and out of the car seat so much simpler. The Nuna REBL Car Seat is an isofix only car seat. It is easily secured with two simple clicks which has 9 different positions to ensure a correct fit depending on your car. It also has a support leg which touches the floor of the car for added security and stability. I don’t think I have words to describe just how amazing this car seat is. Full of helpful functions like the swivel, the little pockets to put the straps in to making it easier to get in and out, and there’s even a footrest of all things to help older children get in and out of the car seat themselves!! You can pre-order your Nuna REBL Car Seat for £395 and comes in 4 different colours.

Amazing and modern car seat. I-Size Safety approved and featuring so many essential and useful functions for a car seat. Growing from birth to 4 years.