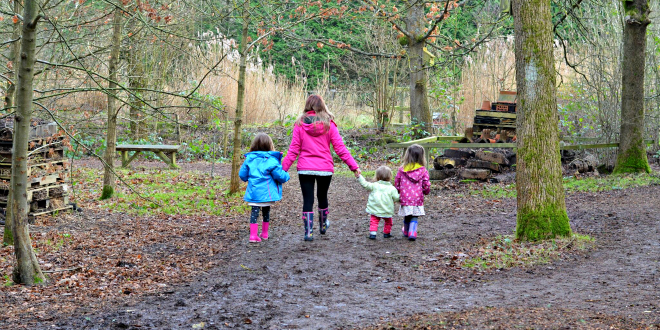 2015 is very nearly at an end and it’s time to reflect on the year that has gone past. I honestly don’t think that 2015 was an overly bad year for us so I’m going to reflect in 3 month sections. I’m linking up with Lauren at Belle Du Brighton who gave me this idea. I kick started my 2015 with 5 goals one of those was to get healthy and lose weight. In January I also started to get a little bit more house proud and motivated to keep it tidier. Just before P2s 2nd birthday she decided to start potty training and it didn’t take her long to grasp. In February P3 had her tongue tie cut which solved her breathing problems and lack of weight gain. In March we baked our first ever Banana Bread and that is now a firm favourite snack for P1 and me. March was also the month that P3 experienced co-sleeping for the first time as we gave in and enjoyed some more peaceful sleep. April was definitely a fun month. We had a blogging trip to see Mr Tumble/Justin Fletcher at Wembley Arena which P2 was absolutely thrilled about. Then we had hubby’s 25th birthday where I’d organised a bouncy castle round his mums and for his family to surprise him. P2 gave her dummies to the Easter Bunny and never looked back which was great and it feels like such a long time ago that she had one. In April we started P3s weaning journey. Unfortunately near the end of April P2 started to experience night terrors which haven’t really subsided very much. P1 lost her first ever tooth in May although didn’t tell us for ages after getting home from school. In June we began our journey with Gymboree which was the best thing to happen to P2 and P3, they have developed so much in 6 months. I also went to my second BritMums Live in June and socialised with some lovely bloggers and P3 learnt to crawl. The summer was so hot this year and I really loved being out in the sunshine. We had some lovely blogging events during July but the one to top it and that has held loads of memories for the girls was our Peppa Pig World adventure and staying at a Premier Inn. I made some pretty yummy Raisin & Fudge Cupcakes too. An absolute highlight of my blogging year was the fact I made it in the top 100 UK parenting blog charts, that was awesome! P1 went on a holiday with her Great-Grandad and Grandparents during August and my house became spotless for about a month. September saw P2 start Year 2 and our middle baby started her education career by starting a preschool. Oh gosh, looking back over things we did in October wow! We had such a busy blogging related, memory making October. We went to Gladwins Farm for an amazing weekend, I started to film more for my YouTube channel, we went to the Marriott Hotel to surprise our middle baby with some more Peppa Pig World. I think our best part of October was definitely the trip to Chessington for Halloween. I also had my little operation in October too. November was a fun month and I had so much fun preparing for Christmas with making handmade cards and hubby and I went on a day date to try out the festive menu at Frankie & Benny’s. P2 starred in her first ever Christmas performance where I made myself proud by making her an Angel Costume. The biggest thing to happen other than Christmas obviously, was that I decided to take part in Vlogmas which was such a challenge. Oh and j have just found out that I am listed as number 9 of the top 10 Instagrammers of 2015 from Tots100.

I have had such an amazing time this year. Of course there’s been the lows of sleepless nights and tantrums but as a whole 2015 hasn’t been too bad for us. I have captured so many memories and have so many plans for next year which I will post about soon. I hope 2015 wasn’t too bad a year for you and I wanted to take this moment to just say thank you so much to everyone who reads, comments, follows me. I am forever grateful!