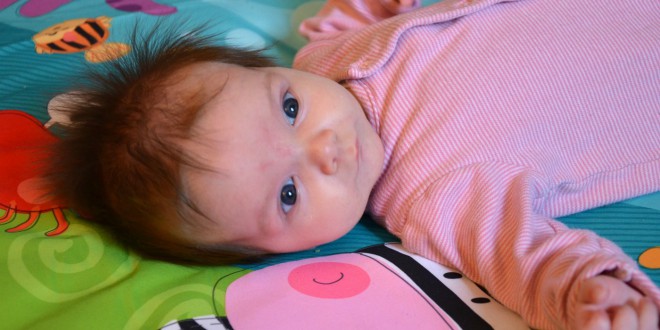 “Our house has been filled with germs this weekend”

Our house has been filled with germs this weekend. Hubby has had a cough for a while now but Friday saw P2s temperature rise and her cheeks were bright red. She was due to spend the day with her Grandparents which had to be cancelled, however P1 went for a rescheduled sleepover instead. On Saturday, I woke with a snotty nose and a sore throat. Clearly I’d caught the cold that was making its rounds. P2 was still not herself and very snuggly.

On Sunday I received a text to say that P1 wasn’t feeling well. When she arrived home she was drowsy and clearly not well. After about 5 minutes, she was sick.

P1 spent the day at home on Monday. She was still very sleepy and just not herself. By 12pm I found her asleep in her bed. She’s not usually ill but when she is, she really is! Hubby took P2 out to feed the ducks in the afternoon as she had become bored and confused as to why her big sister wasn’t playing. When she got home P1 had perked up a lot and I managed to capture some lovely moments between the three of them.

P3 has been very snuffly the past two nights too so I’m very drained and that’s probably why I’m feeling pretty awful today myself. Hopefully, we’ll all be better for this Thursday’s Nativity play and for Christmas!!