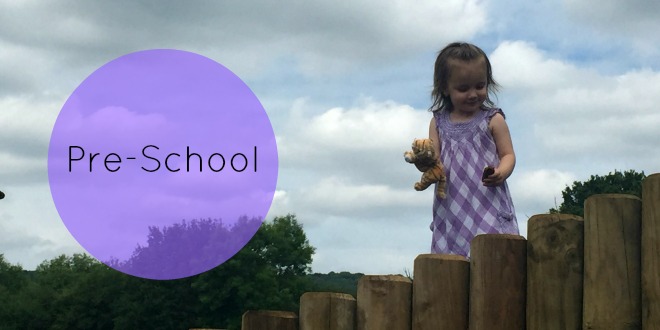 ” P2 has been on a waiting list to attend a preschool”

For the past 6 months P2 has been on a waiting list to attend a preschool. This wasn’t a decision that came lightly for us. The whole point of me being a stay at home mum and quitting my job nearly two years ago was so that I could be P2s primary carer. Considering I started my working life when P1 was just 10 months old, the thought of stopping that and being a full time mum was actually pretty scary.

By making the decision to register at not one, but two, different preschools sort of felt like I was giving up and I’ve felt a bit guilty. I love having her at home. The majority of the time P2 is an absolute joy to have around. So funny and so cheeky. But I’ve begun to notice certain traits in her that I think I am partly to blame for. Like not being able to socialise in a busy situation and feeling shy and that’s why when she turned 2 years old we decided to register for a preschool.

We want her to grow some independence. For two years she has spent every inch of time with a family member or close friends. She has been watched over for two whole years and it’s about time she learns to interact with other children her age and a bit about the outside world beyond her own family.

We love both the preschools that she’s been signed up with in completely different ways. The first one, where she’s been signed up since January, is a new build that was built specifically to be a nursery. It’s well equipped, there’s plenty of space and it’s part of a chain which to me means they know what they’re doing and will have plenty of resources.

The second one is predominantly a preschool taking children from two and a half years to school age. It’s a small building but the staff are warm and friendly. They have great knowledge and firm rules in there. All the children are confident and polite. They also have a little dog that roams about that’s been fully safety tested to work with children. It is also within walking distance for P2.

P2 has just completed two taster sessions at the second preschool. Although they can’t see her getting a place until after Christmas… Hopefully! I think they booked the tasters to see how she’d react with the setting and it was nice to see that actually she probably could cope.

It was very relaxed and as we’d visited before, P2 just strode in and got on with playing. Alone might I add but she was still alongside the other children. Hubby came with us for the first taster and he was bombarded by little boys desperate for his attention, they even started reading him stories which was adorable. The second session saw P3 being surrounded by little girls.

P2 helped herself to the toilet where she was able to get on herself as they were those little children’s sized toilets. She had a drink. She seemed a little anxious at some points where she was with the other children but she took herself outside where there was messy trays and a huge sandpit. Part of me does worry that she’ll struggle at first to adjust to a structured day but I hope that she makes friends. In a way I’m quite excited to get a couple of afternoons each week with just P3. I’ll be able to try to plan my blog work to happen during that time and housework. I’ll also be able to focus on P3 as she grows and learns new things too. I could even fit a session of Gymboree in for just P3 and me.

Are you a stay at home mum but have your children in nursery/preschool? I’d love to hear from you and what you get up to in those child free times.