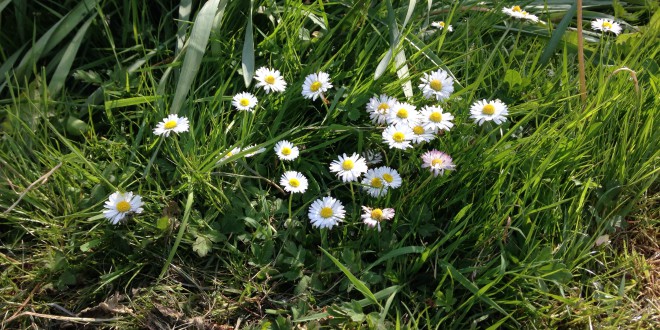 We are nearly 8 months in from becoming a family of five. Having three children has changed our family dynamics and the way we live quite drastically. It came as a bit of a shock when I first found out that we were expecting number three and it took me a while to really come to terms with it. We’d dicussed having a third and agreed that we wanted one but it wasn’t in the plans for it to happen quite so quickly, we ideally wanted P2 out of nappies before we starting trying.

When we found out that our third and final baby was yet another girl, that’s when it felt real and ok to be happy about the pregnancy. We had everything because it wasn’t long before than P2 was using it all. We actually found out we were pregnant on P2s first birthday. Once our third baby girl arrived, that’s when I truly realised that the shorter age gap actually made things more difficult for us. P2 was 19 months, still in nappies, still using a dummy and still waking on average 3-4 times a night. She still firmly had the “baby” name tag attached to her.

Things have adjusted quite smoothly since the first rocky few months. Learning to divide my time up and it’s actually sort of forced me into keeping organised and maintaining the housework the best I can. If I didn’t we’d be over run by clothes washing piles, dirty dishes and you’d find us under a mountain of toys and barely any sleep. We had to be strict with P2 about ignoring her in the night or we’d still be sleeping separate with one of us (usually hubby) laying on the floor next to P2s bed each night. We’re finally able to breathe or so I thought until the past week and a half. Gradually I’ve noticed P1 changing. She’s becoming more violent towards to her sister and it’s terrible to watch. I caught her the other day lashing out by kicking her sister and grabbing her face just because she was standing in the way of the telly and she couldn’t see. Bedtime tends to be when things get heightened completely but it isn’t just centered to that. She’s rude, bossy and never listens even when it isn’t a conversation about her behaviour. I’ve been in tears not knowing how to manage her behaviour and help her understand that what she’s doing is unacceptable.

The school sent out a letter the other day that sent me into a pool of tears. It was inviting us (parents and carers) to a free course about how to discipline in a loving way to help manage behaviour. I immediately thought the worst, P1 had been msibehaving at school too. Embarassing. Thankfully, after a phone call to the school I found out that in fact they were inviting all parents, not to say that P1 isn’t being good or bad but I actually want to go to the course. I think it may help me to understand a bit better. I have to keep reminding myself that P1 is my first baby, she’s the one I’m still going through “firsts” with and heck, I’m only 22 years old myself with no instruction manual to follow. Then there’s P2 who has also become a real struggle. She’s always been our on-the-go but pretty easy going baby and toddler. She’s been loving, friendly and confident little person. But this has turned into stubborness at home, refusing to listen when we tell her no or to come and get dressed. P2 is finding her feet in our family and she’s making sure that she is heard.

Yet, when we put her in a social situation like a class at Gymboree, she folds inside herself and is a shy little butterfly. Letting her stubborn nature shine through refusing to join in whilst hiding her face or standing arms crossed with a nasty frown on her face. There’s a playgroup we attend every Thursday that she bounds in happy as larry, talking and playing to the familiar faces and the strangers. Completely content. But as soon as we pack up, sit in a circle and sing some songs she refuses to join in, hiding her face of fingers in her ears saying “no”. I’ve never experienced this. I have no idea how to help her feel comfortable. Oh and finally on to the struggles with P3. A hatrick for good measure. P3 has mastered, nearly, sitting up by herself. I say nearly because she does fall back every now and then when she’s unhappy. But she hates laying down. She also can’t stand being in arms. She wants to be moving. P3 is reaching forwards, she’s rocking herself back and forth. It’s not going to be long until she crawls and I really want her too. Despite it being a sad moment for me as she’ll be the last to master crawling etc etc, I know she’ll be more happy when she’s able to join in with her sisters and get to the things she desperately wants. Because right now she’s a cranky baby to deal with.

It’s very rare we have all three children playing up or being hard to deal with but this week as you can tell parenting has been tough. I find that having three children can be quite fun at times and not always as hard as people think it may be. Yes we are ridiculously outnumbered whenever we leave the house or at bedtime when all three are equally as tired and showing their emotions in different ways. But if I flip the switch, my girls have always got a play buddy or friend to talk to. The fact that P1 is so much older than the other two means she is really good at helping out when I really need to go to the toilet or do the dishes. She helps to feed P3 or helps P2 get a snack or go for a wee.

Routine and consistency is most certainly key when you have more than one child to divide your time between. Overall, I don’t think we’re doing too badly. What are your tips for having more than 1 child?

I realised I hadn’t had the chance to sit and write about my Mum’s funeral. …