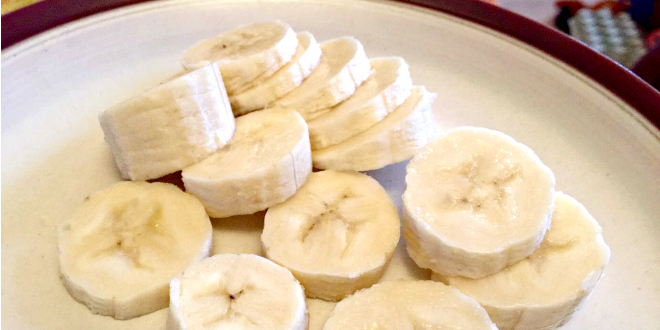 This time last year I had started out on a serious weight loss journey with the help of the Juice Plus shakes. I stuck at it for just over two of the three months but it wasn’t fun. In fact each day was a real struggle as I prepared and watched my family tuck into delicious breakfasts and lunches whilst I clutched hold of a Juice Plus milkshake desperate to stuff my face at dinner time.

The relationship I have with food has greatly changed throughout my life. It didn’t start good and I was an extremely fussy eater with my diet consisting of potato waffles, chicken nuggets and baked beans. It was basically “kids” food and convenience foods. Nothing spicy and the thought of going anywhere near a Curry or Chinese make me cringe. Somehow, on little exercise except P.E lessons and swimming, I managed to go for 15 years with an ironing board stomach and a figure that my school friends were jealous of.

Pregnancy and ageing has had a serious effect on my body. It was inevitable really wasn’t it?! After having P1 I did bounce straight back into my size 6 jeans and everyone was completely astonished by it, including me who was expecting parenthood to destroy my body. I was proud and had no real secret because I still was a virgin to exercise and still ate whatever the heck I wanted to which of course was still convenience food. I was known though for never finishing a plate full of food unless it was a roast dinner.

Embarrassingly, the first meal I consumed with Hubby was a snack box KFC and that was enough to fill me up. At the time I didn’t realise that Hubby spent the entire date starving because he’d had the same as me. It’s funny to look back on but our relationship brought more embarrassing moments that related to food. I had to give a list to my MiL of all the foods I would eat so that she could plan a meal specifically for me, although I used to just eat what the kids had whilst they tucked into pizza or lasagne. I know pathetic! I hated feeling like a hassle and I had been told my whole life that I needed to try new things, after a few months of serious dating and meeting family I decided enough was enough. At aged 20 (ish) I started trying new foods. Different pizzas other than cheese, curry, mince meals like cottage pie, and from there I found a great enjoyment of food. It was quite fun and it was sociable thing too. I began to finish my meals because I was thoroughly enjoying them and whilst I was pregnant with P2 I piled on the pounds. I was my absolute heaviest when pregnant with P2, reaching 50kg and I was hideous both inside and out.

People tend to laugh at me when I tell them I am trying to lose weight. Claiming that I don’t have any fat on me and that I’m beautiful. It annoys me because that’s not how I feel about myself. I lost weight last year and felt confident with the things I wore, short shorts, skirts and skinny leggings with tight fitting tops. At that point I hadn’t even reached my weight goal but I was heading in the right direction. I have no idea what changed but something did and I started to gain more and more weight.

Going into 2016 I am not happy about my body. I am determined though more than ever before. I am not going into 2016 with silly hard to reach goals and spending my time hungry. I currently weigh 44.9kg which puts my BMI as 23, just two points away from being classed as obese. That’s the point I try to make with people. The fact I lack in height means I can’t just eat whatever I like and portions the size of my 6ft tall husband. I am small and therefore my portions should be small and I should really take care about what I eat. I want to bring my BMI down and my goal weight is 38kg. I have 6kg lose which is quite a bit really but it’s not unachievable. Already I am making better choices for my body. I have switched the bread I eat from white to wholemeal and am using my My Fitness Pal app to count my calories each day. I have a goal of 1,000 calories each day and so far I’m doing really well. I am having smaller portions at meal times to reach my goals, weighing out things and choosing healthier options. I need to exercise more which over the winter period is going to be a little harder as I want to start running again and do more walking but for now it will be toning apps that I can do at home.

I’m currently feeling positive and although I don’t think I’ll be doing a weekly feature of my progress,  I will try to update as my journey goes on. What are your health goals for this year?