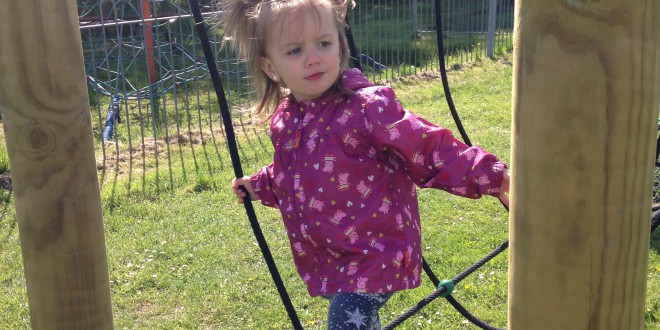 It’s been an odd day that seemed to start really early even though it actually didn’t. Hubby was up two hours before he usually is, the time I normally get up with P3, to pick his Auntie up from the airport with my MiL. I was left to watch four kiddies, get them dressed and give breakfast.

Everybody was safely reunited after what feels like the longest two years of our life since we last saw them. P2 was just a few weeks old back then. We’ve got married, moved and had another baby since then but it still felt like only yesterday that we saw them. Hubby’s Auntie then went with my MiL to take P1 and my BiL off to preschool/school and I headed off to our usual Thursday morning playgroup. The sun was shining and seeing as we were all dressed I decided to head to the new park which was a lovely way to wait for playgroup to start. We are known for being early to that one and usually have to sit around waiting. It was a nice, new change.

Playgroup was absolutely heaving with new people today. I actually didn’t like it. I’m a shy person and although it was fantastic to chat to new people, some were really lovely acfually, I felt a little lost. I’m now classed as a regular there as I go every single week. I think the playgroup had got “free” advertisement from the park opening last weekend, they have posters up all over the building and it was clear that no one previously knew about it. There’s part of me that hopes it’ll go back to the chilled relaxed playgroup it was when we return after half term. But then I want to make new friends.

I made P2 some playdoh when we got home and tried to do a bit of blogging work but failed miserably with a teething baby only wanting cuddles yet also wanting to move around. P2 has actually been very good today which has made life a bit easier. Just after picking P1 up from school we headed to my MiLs to spend some time with Hubby’s Auntie and have dinner there. I always find Hubby’s family on his Mums side to be so warm and welcoming. They remind me, through all of my own family’s troubles, what real family means. I think I’ll always be so grateful to be a part of their family.

This weekend is going to see one of hubby’s cousins tie the knot. It’s going to be such a wonderful day and I’m so excited. The girls have matching dresses and I having my hair cut tomorrow. We’re also going to Longleat Safari which again is majorly exciting! A true family extravaganza.