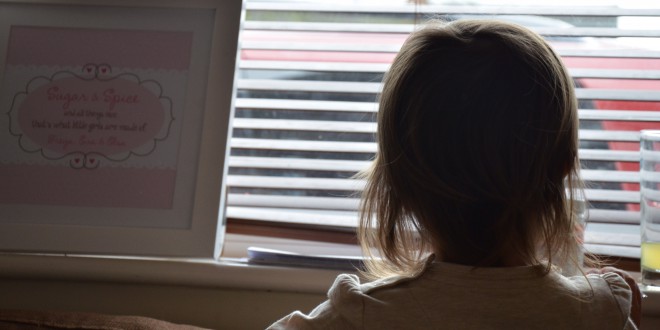 I toilet trained P1 when she was 3 years and 3 months old. It took just two weeks for her to be completely dry during the day, and from the start of toilet training to this date P1 has never wet herself during the night. Touch wood! I was lucky, she was older and able to completely communicate with me.

I haven’t overly been in a rush to toilet train P2. I know every child is different and from my own experience I wanted her to be able to communicate with me. I was thinking maybe 2 and a half or 3 years before we’d give it a serious go. There’s been times when she’d ask to go when I was and actually done a wee on the toilet. We’ve had the potty out and sometimes she’d ask and go but whenever we tried we had accident after accident. So swiftly gave up. Today is the 10th day that we’ve been properly trying. It started with my Grandad coming over on the 14th and gifting her some Disney Frozen knickers for Christmas (He was pretty ill over Christmas and this was the first time we saw him to exchange gifts) P2 was desperate to wear them and reluctantly I took her nappy off and hoped for the best.

Within about two hours we’d gone through 5 knickers, the whole pack. I don’t know how anyone can have that much wee!!! Then I decided to just let her walk around with nothing. By the end of the day she was taking herself to the potty when she needed it. For 8 days we’ve let her just wander around with no knickers or nappy on, just her vest and top. Every single time she’s taken herself to the potty and gone. Whether it’s a wee or a poo. I’m shocked and so proud of her.

However, when we go out or she has a nap I have been putting a nappy or a pull up on and she will wee in them without telling. In fact she doesn’t ever tell her before she goes, she just goes. Miss Independent said the Health Visitor on Tuesday. Today, I’ve kept her in her loose pj bottoms. For the first time ever she’s asked to go! We had one small accident earlier when she was playing with P1 upstairs and she couldn’t let us know that she wanted to go, but she did then finish it off on the potty. I’m really astonished at how quickly she’s picking it all up.

We are nowhere near being dry as we still have knickers, tighter clothes, outings, nap times, bedtime and going in the toilet to master but we’re getting there. I definitely think this marks the end of her “baby” and “dependent” days. She still has a dummy and far too much milk in a day but to not need to change her nappy has been pretty wonderful! I’m now only doing 2 nappies of P2s a day (morning from the night, and nap time) and then I have P3.

How old was your child when they were potty trained?