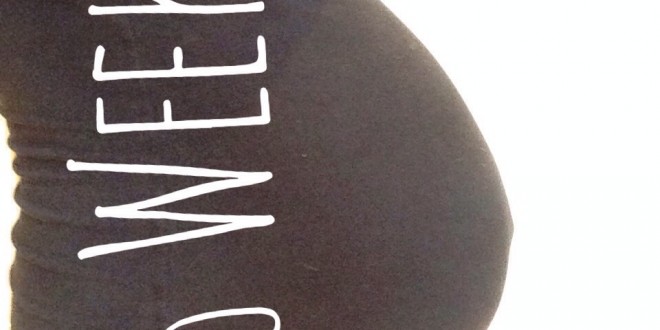 I seem to have lost 1.7kg in the past week?! Not quite sure how as I’ve been eating what feels like non-stop. My appetite is ridiculous.

This week I have actually been feeling a bit better in myself with regards to preparation things, but my body isn’t feeling any better. Today in particular I’ve been feeling a lot of pressure in my lower bump and have been feeling very tired. P2 isn’t sleeping very well and I think both her and I have caught a bit of a cold!! I’m hoping it’ll disappear as quick as it came because sneezing during pregnancy is rather unattractive.

I can’t believe I’ll be classed as full term next week. It just makes me think about P1 and why she came so early. Even with P2 they were adamant I wouldn’t be able to carry a baby to term because of my stature but clearly they were so wrong.

I worked out the other day that both girls were born on a Wednesday. Creepy hey?! P1 at 33+1 days pregnant and P2 at 39+1. When I forget about my nerves I’m actually beginning to get a little bit excited. The end is so near!