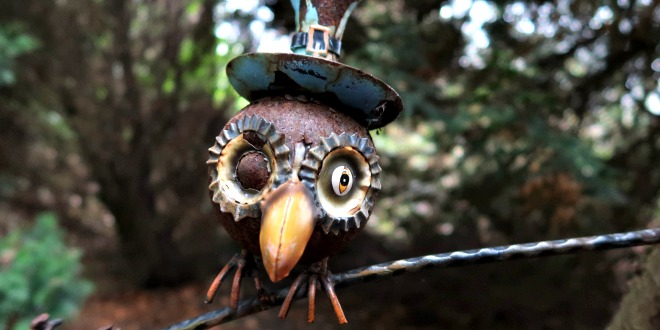 Last year I wrote a review of our year. I’d completely forgotten about it until I stumbled upon it a few weeks ago. I sat for a while reminiscing and decided that it would be a great idea to do this again and look back on our 2016. I know before I took the time to search, that this year has been absolutely spectacular on a whole. So here is our year: I set some pretty unrealistic goals for 2016. P2 and P3 were able to experience snow properly and I opened up about P1s behaviour situations. In the last week of January my little family were pretty poorly with a late night trip to hospital with P3. My middle baby turned three years old and P3 became a Brownie. We also moved our smallest baby into a toddler bed. Hubby and I celebrated four years of being in a relationship and then we had brilliant weather for Good Friday in March. We also had a really special Easter, I had a special Easter Basket made and we had a lovely egg hunt with chicks. I really enjoyed April. My Grandad hosted my girls and me for a two night sleepover and we went to Marsh Farm for Easter fun. We also all went on a press trip to Cornwall and we stayed in the most stunning barn at Waterloo Farm Holidays. Whilst in Cornwall we had a day out to the Eden Project. In May P1 had an Educational Psychologist Assessment done at school which was a great step forward in receiving more help for her. Our little sausage cut her head open at the play park and gave herself a rather nasty gash. We experienced a taster of summer and I took some stunning photos, one of which is my favourite of P2 of all time of her blowing some dandelions. I also experienced a spa day and massage for the first time ever thanks to ASDA Little Angels. My blog had a redesign in June which I was so excited about. I felt like with the weather warmer we began to embrace our local area a little more and attended our first ever Open Farm Sunday. We also went to Bluestone Wales for the first time that month and P2 went on her first ever nursery trip. In July P3 started to become even more feisty than before with extreme tantrums. We also started getting one weekend a month completely child free with started in July. We have had a brilliant summer this year and it meant we spent a lot of time at the park, we even began doing a bit of a park crawl to find local parks that were new to us. P1 had her sports day and we celebrated my MiLs big birthday at the zoo in August. The 6 weeks holiday’s were pretty special as we also spent a whole week on the Isle Of Wight for a big family holiday with Hubby’s family. We were gifted a National Trust Membership which enabled us to really enjoy the summer even more. I got some new designer glasses and a new Soft Play Cafe opened up in our local town. P3 turned a mighty two years of age which we celebrated with a cake smash at my Grandad’s. This sort of marked the start of sorting my relationship out with my Mum and I went birthday shopping with her and my Grandad. I had a really special day for my birthday, my Grandad came over and Hubby planned a really sweet day out at Bewl Water and the weather was simply stunning. October half term was one that was packed full of memories and dreams coming true. We went to Southampton again on a mini break with Marriott Hotels and then a few days later we had the holiday of a life time with Virgin Holidays as they shipped us off to Universal Orlando Resort for four nights. We then went straight from the airport to Norfolk and experienced a Halloween Adventure at beWILDerwood. A new trampoline park opened in the local area and we’ve been quite a few times since as the girls love it. We also all caught a sickness bug which wiped nearly all of us out all at once. All our little breaks away caused our sleep routines to be whacked out of sync even worse than normal and I started to really feel the effects of sleep deprivation. Our lead up to Christmas has been pretty awesome this year. We had a spectacular Father Christmas Experience at Marsh Farm, the big man himself also turned up at our door with two reindeer and we got to go back to Bluestone for the Kingdom Of The Elves which was a lovely end to our 2016 travel adventures. We were sent our first car to review, I took part in Vlogmas throughout the lead up to Christmas and I completed two full years of taking part in the Siblings Project. So there we have it. A flipping packed, busy year and I actually can’t believe how many amazing opportunities I have received this year. Our family have made and stored so many wonderful moments through this blog. I’ve also documented the bad with the sleepless nights and behaviour problems we have faced. But you know what I am thankful for 2016. I don’t think it’s been that bad for us on a whole. The last few months have been pretty insane in all honesty and we’ve had many moments where we have to pinch ourselves back to reality.

I am so excited for 2017. I can’t wait for it to unfold. I don’t think I want to set goals for this year. I want to live within the moment and try to enjoy every second. So all that’s left for me to say is that I wish you all the very best for the New Year and I hope that you continue to be my loyal readers for many more years to come!!

Thank you so much!