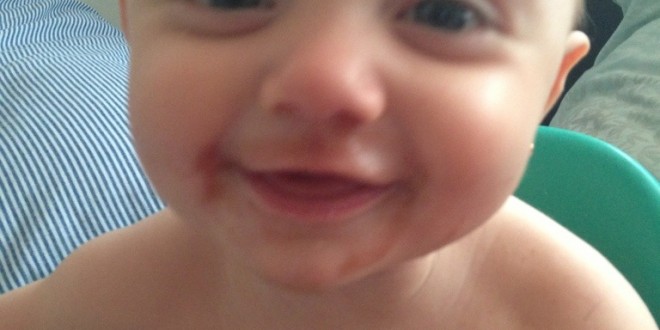 We had the absolute day from hell with P1 yesterday. Anything we said to her just wasn’t good enough. She repeated over and over. Did things we told her not to do. And then when it came to bedtime… Oh didn’t she perform!

Firstly, she took ages to persuade to go to the toilet. I had to repeat myself over and over. Then her wee accidentally spilled onto the floor. Fab. She then moaned I was using the wrong toothbrush for her and shouted at me (she has two). I then asked her to put clean knickers on, which I handed to her, apparently they were crumpled (which she did herself) so she couldn’t wear them. I repeated over and over just to put them on and they’d be fine… That resulted in a new pair of knickers.

I told her there would be no story as she was being naughty. Of course this sparked P1 to cry, shout, flap the book in my face, grab hold of me as I walked away and then scream. And scream and scream! My OH took over at this point and I had a hot bath.

All I could hear was P1 banging on the door, shouting and screaming. She was hysterical!! My OH took away her cuddly toys and even tried speaking to her about why she was acting like this. When I came out the bath the situation was still going so I tried reasoning with her. No luck.

So I have to admit, P1 went to bed crying last night. It devastates me when she does this. Bedtime ended up taking well over an hour with all of us feeling very emotional. It’s my one pet hate, going to sleep on an argument or crying. But it had to be done last night.

What do you do when your little one blows her hat off?