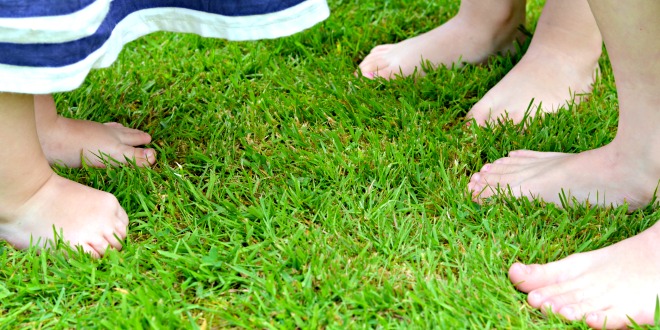 For the first time ever I haven’t had to rush the girls together and wrestle them into a position in a last minute panic. My photos were taken well before they needed to be and I am actually so pleased with them, apart from the blue bubblegum ice lolly lips that P1 and P2 have. The weather has been warmer for the majority of the past month which means the girls have had lots of chances to be together exploring the outdoors. We have spent lots of time at different parks and I really see the girls share a bond when they are outside. P1 is still the one they all look up to but I feel that P3 is much closer to P2 than she is with P1. It was nice to spend a whole week as a family of five too. Allowing my three to spend 7 days together. I thought it would be absolute hell but in fact it was really nice. They seemed to enjoy each other and became quite close. They all seem a little lost now that the routine is all back and they are spending less time as a three.