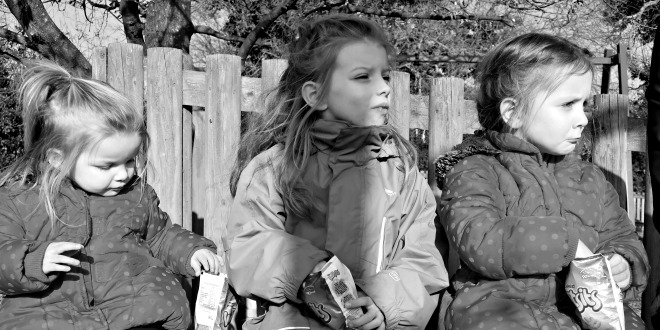 I’ve felt like the month has flown by and it’s absurd that we are already in February. February is a big month for us. P2 turned four years old, my stepdad is giving my mum one of his kidneys and the girls are starting new groups, activities and having play dates again. I’m writing our Siblings post with only a few days before it’s due to go live which is great. P1 has had a few play dates this month. She’s enjoyed a trip to The Harry Potter Studios for some one on one time with us. She’s found a new obsession in the game Roblox. She spends a lot of time watching Harry Potter movies and reading her HP book. She has had a few medical appointments and an X-ray this month too. P2 is loving going to the trampoline park. She turned four and got to go horse riding for the first time. She has her own life sized Labrador and chihuahua cuddly toy dogs from her Nannie, the chihuahua goes everywhere with her. She loves Mia & Me and will watch the episodes back to back all day long. She is also obsessed with Skye from Paw Patrol. P3 is growing in her confidence each week. She is obsessed with going to Gymboree and has moved up a level. She also loves going to the trampoline park every Wednesday. She loves to play Pet Doctor on her iPad and enjoys watching Peppa Pig on YouTube. She also enjoys watching toy toilets with babies on YouTube too. She is communicating incredibly. They seem quite close this month actually. It doesn’t feel like I’ve had to break as many arguments up as usual. There’s still this clear bond that they all have invidually with each other, strongest being P2 with P3 but I think this is because P1 is at school so much of the week. We try to have family time at home at the weekends but now the weather hopefully going to get warmer we do plan to go out more on little adventures. The girls are never the same if one of them is missing.