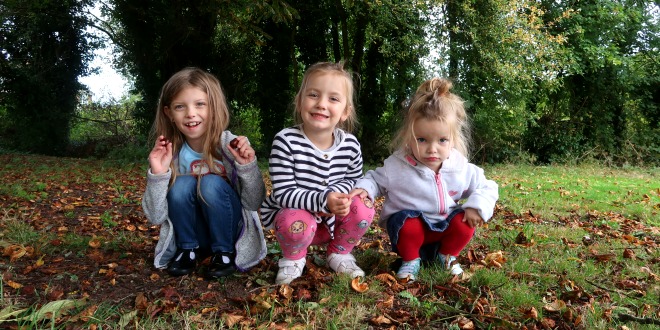 It has been all about change this past month. The girls have been a teeny bit neglected and we’ve barely had any fun moments due to being consumed by decorating our new house in time for our move. But we some how made it to the other side alive.

P1 doesn’t deal with change very well and this past month has been a little difficult. She made herself physically ill worrying about paint colours and we had to make sure she wasn’t too involved with the process, weirdly enough to help her transition through the changes. She’s still obsessed with Minecraft, Harry Potter and of course the beloved iPad. P2 has settled well at school. She’s making new friends and talking about her day at the moment. We had hoped she may forget the promise of getting a chihuahua when we get a garden but it seems not and despite it not even being a week, she is asking daily. She is also asking a lot about when her birthday is as she has big adventurous plans for her party. P3 loves going to preschool finally. She has started to talk about certain little girls that go and calls them her friends. She is still crying about everything and anything but is enjoying having more space to run around at home. Her social confidence is growing and so is her physical abilities too. She runs so fast it’s incredible. There’s been a big shift in the past week for my girls. They no longer all share a room together. P1 has her own room now and has become quite secluded in herself which we are working on. P2 and P3 play better together despite having regular fights, whereas P1 seems done with being a sister currently. I am excited to see how their relationships change now they all go to school or preschool and to see if it changes with the new adjustments at home.