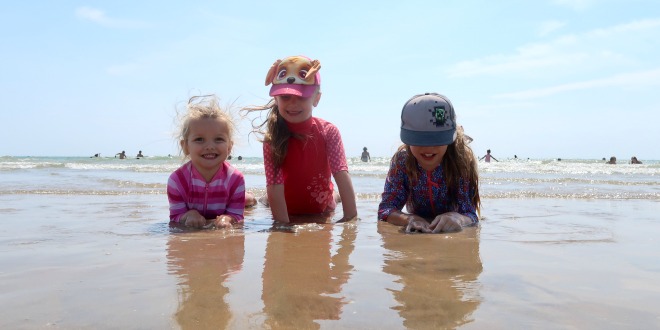 This week it has suddenly dawned on me that we are rapidly approaching back to school. Already! I mean the weather has turned in the past week or so but we’ve had such a glorious summer and a huge part of me wants to freeze time and stay in this moment just a bit longer. I’m not sure that P1 has settled well with this summer holidays if I’m honest. Change of routine really messes with her and we’ve been so on the go that I’m not sure she’s had a chance to gather herself. We’ve seen panic attacks more frequently and the onset of some anxiety issues too that we are now seeing a Doctor for. Having said that, she’s been smiling and a lot more present in our plans than we had expected. P2 especially has enjoyed having her big sister around. P2 has had the best of both worlds I think. She can be found playing happily with playmobil and her little sister, or she’ll be curled up on the sofa with P1 watching YouTube videos or playing Lego models. She’s the one that loves to be on the go doing things, on our down days she’s been struggling to rest and relax. Her emotions at bedtime are on another level which is why we are trying to take down days more often. P3 is my daughter that much prefers her own space to play yet craves to be near her sisters at the same time. It’s usually P3 who will be with us at all times whilst the other two are playing together. P2 is the only one out of all of us to make her laugh, her real belly laugh and that’s been heard quite often this summer. I love hearing it as it’s normally not a very frequent thing to happen. Having all three girls at home has been intense, weeks full of demands, food consumption at its highest level, house destruction daily and so much noise! I’m not looking forward to the school routines returning though, the early mornings and many walks each day. It’s been nice to be slow.

How’s your summer looked so far?