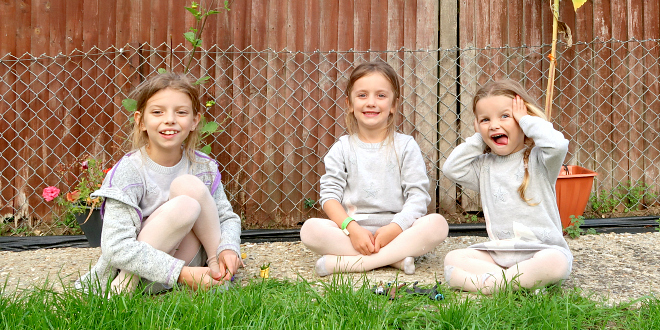 These photos of my girl gang have definitely got to be some of my favourites of them together. Not only did I finally get some jumper dresses for all three sizes, they were more than happy to let me snap photos of them whilst in the garden. I just love my girls so much. We are back to school now and it weirdly hasn’t effected P1s behaviour like it usually does. In fact she’s been pretty good on a whole and quite motivated. Over the summer she began to experience what we believe to be anxiety surrounding mealtimes mainly but also if we spontaneously decided to go out. I’ve spoken with our doctor and they are running further medical tests to rule out any underlying problems and P1 has showed great courage so far with that. My most confident girly P2 has had a shock to her system. She struggles with controlling her emotions when she’s tired and I think that’s been our biggest battle since the return to school. I feel like being in Year 1 has already grown her independence and finally she’s willingly attempting to get herself dressed in the mornings and undressed at bedtime. It was such a long summer break for P3. Something like eight weeks off from preschool. I’d sort of got used to her being around and in a little routine of having her there. She’s loving being back this past week and has even had her first lunch club which seems crazy! This girl has the funniest most unique personality that continues to baffle us and amaze us daily. It’s scary that we will be applying for her school place in under two months!