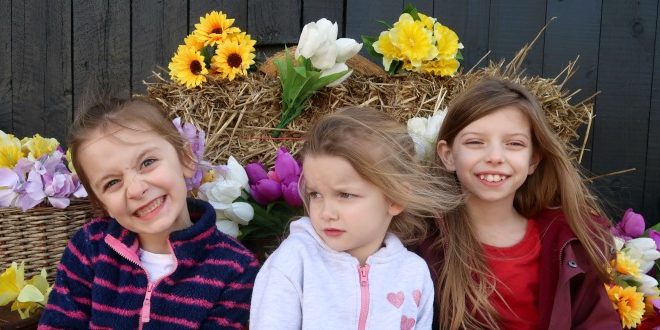 I wasn’t wrong last month when I said it was going to be a big month for Freya. She started her new Girl Guiding club. It’s at 7pm at night which has been a huge shock to the system for all of us. She has loved it though, she is the smallest girl in the group, probably the youngest too but everyone has been very welcoming of her.

The most significant thing to happen since the last post is that Freya had her Autism Spectrum Disorder assessment. I haven’t properly blogged about it yet as I am awaiting the official report to come through our door – still! We are thrilled as it was something we’ve known for a long time. Freya has taken the news in her stride, at first she definitely didn’t understand any of it so we found her some books to read. So far the school has been supportive and I’m excited for it to open up some doors to support for all of us as a family.

Obviously her iPad obsession is still going strong. We are trying to find some other creative things to keep her mind busy. My Mum allowed her to have her camera on a recent day out, Freya has always loved photography and it kept her mind occupied. She took some really lovely shots too.

Freya has been having a tutor for about a month now too. Maths is the subject that she’s always really struggled with and with her recent school move, she has been finding it even more tricky. I’m not sure we’ve seen any progress just yet but we have hopes that she’ll find it a little bit easier. We have also decided to put her through for the Kent Test (also known as the 11+) so her tutor has been going through those things too.

In this past month, Freya has also been referred to have something called Dynamic Orthosis Garments. Ultimately they are clothing that will help Freya’s hypermobility. She’s actually had them for a week now. Hers are little shorts that will help to keep her legs in the correct position without her really thinking too much about it. There’s hope that it will strengthen the correct muscles to help her find walking easier. Eva turned six years old this month and I still have to pinch myself about that. It feels bittersweet every time we celebrate another birthday. She had very specific presents that she wanted for her birthday, in fact she started adding things to an online basket herself. It was hilarious. We had family over on her birthday as it was a Wednesday, then spent the weekend celebrating with visits to Grandparents and to Jump In.

Eva has been really loving her swimming lessons and progressing really well actually. Considering she has always hated having water on her face or head, it’s been delightful to see her like a duck in water and swimming confidently. She also really loves her taekwondo lessons which are weekly. Eva has so much confidence and power behind her, I think her teacher is very proud of her.

We have been having a tutor for Eva as well to help her with her reading and writing. This is where she was struggling and we felt that despite her being so young, we didn’t want her to fall behind at all so made that decision to hire a tutor. It’s actually her old Reception Class Teaching Assistant who comes over, from the old school. Eva has been loving it and I can already see a huge improvement in her reading and forming of letters.

I sat down with Eva the other day for a serious conversation. I worry sometimes that she may feel a bit left out with her big sister being so demanding and also her little sister being very complex too. Eva has always been the one who just goes with the flow a lot of the time. I wanted her to know how proud I was of her. I have seen such a kind and nurturing personality with her. So many times she has received certificates at school for helping out other children. The other children tend to be those who are new, cannot speak English or have extra needs. I love that about Eva. She is so accepting of those who are different.

Something else that was big this month was that Eva had her first ever blood test. She has had a little lump in her neck for a few months. One Doctor said it was a cyst and the next a lymph node. So she was referred to have a blood test. Eva was incredibly brave, she was absolutely terrified and you can really see it in her eyes. She screamed so loud.

We actually created a little video for her experience of the blood test which I hope you’ll watch, there are some graphic scenes. Anyway the blood test came back absolutely fine so Eva has been referred to have an ultrasound. The doctor doesn’t think it is anything sinister but could see the concern we felt. I’ll hopefully be able to report on the results in the next siblings project. Elsa. Where do we start with Elsa?! So I touched on the fact that Elsa is a fussy eater. Well that hasn’t particularly improved however she has begun to slowly try some foods. We’ve managed to get her eating pasta and houmous. We’ve been chopping up her chicken super tiny so that she’ll eat it in her curry. Or chopping pasta/veg up tiny in her bolognese. I feel a bit more positive now about her whole food thing but it is still very stressful.

Elsa has been forming some amazing friendships recently. She has a very cute relationship formed with a little boy at her preschool. We now see them for a social play date thing every week. It’s allowing me to form a friendship with the mum too which is so lovely. I remember being very worried about Elsa’s social skills as we always described her as sort of hating people.

Her strong willed personality is becoming very draining on us. Everything has to be on her terms and I literally mean everything. She has been learning so many new words though so her excuses for why she can’t do something can sometimes have us in hysterics.

Recently she has been asking us more about going to big school. I think the preschool are starting to prepare them with teaching them how to get their own coats on and being independent. Elsa is very ready for school despite her being diddy, she will be an older one in the year too which will be nice for her. She’s been asking when we will go to the uniform shop to pick her own uniform. I love her enthusiasm.

Elsa has such a loving personality, she’s my cuddliest child and I love our afternoons after preschool where it’s just us and we can snuggle with a film. Elsa loves to go shopping and is becoming a real character to be around. This past month I have found the three of them quite difficult. They bicker so hard. Most of the time I’ve felt like I am talking to a brick wall and February half term was a killer. However, now they are getting older there are some definite bonds forming. Eva truly is in the middle of their relationships. Freya talks and interacts much better with Eva, then Elsa plays so much better with Eva. It’s a weird triangle of fun and chaos.

Parenting is a huge rollercoaster and I look forward to writing the March siblings project.