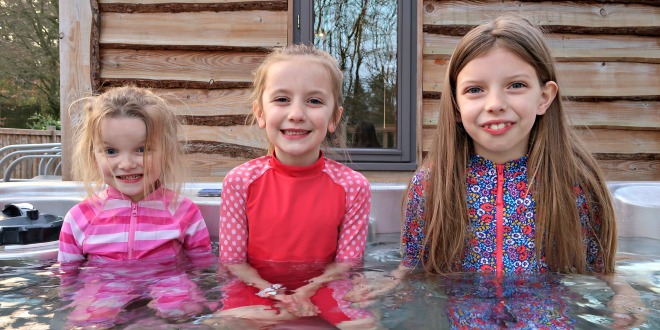 It suddenly dawned on me that I hadn’t posted my March siblings post. I think it’s because our lives have got very busy, we’re planning something super exciting as a big surprise, and we’ve been on two consecutive press trips (blog posts coming soon) so everything else has definitely been taking a bit of a back seat. Freya has been experiencing some serious emotional mood swings this past month. I’m blaming hormones rather than anything else at this time. She’s had some fun things going on at school with a Lent assembly and science week. She also had a river project to complete too.

I had a meeting with Freya’s teacher at school and the SENCO (special educational needs coordinator). They are really impressed with Freya’s progress academically. She’s also enjoyed taking part in her hockey club and starting gymnastics lessons too.

I love that Freya has really begun to make solid friendships at the new school and she spends lots of time chatting with them out of school. She’s been invited on lots of play dates too. At home we are still struggling with some aggression towards her sisters.

Generally though, March wasn’t a very positive month for Freya and I think we have a lot of work to do to improve Freya’s mental health stability. She seems caught in a rut of saying “I can’t” rather than really pushing herself to try. She gives up very quickly even on things she’s desperate to take part in like riding her bike. Eva has had a brilliant month with lots going on. She also started gymnastics which she loves! She also had her first school trip with the new school to Wagamamas. I helped and it was such a good trip. She also got involved in the science week.

Eva’s year group lead a Mother’s Day assembly. It was the sweetest and most emotional thing I’ve watched my kids do. Eva spent lots of time practicing the songs and the passion in her little face on the day of performance was so cute! They even decorated cakes for the mum’s.

Eva had her neck ultrasound in March too. She’s had a little lump in her neck for a few months now and the ultrasound was just to check nothing else was going on. Thankfully there isn’t. It’s a lymph node that has the potential to change in size if she’s poorly. We just have to keep an eye on it for any drastic changes. She was so brave though.

Eva also celebrated her birthday with her friends. We hosted a party for 40 children!! It was stressful but we all had a brilliant time. I’m not sure we’ll do it again though! One party that size is more than enough. Elsa has been the usual complex little character she’s always been. Over March she has started a little habit of every Saturday night waking at 11pm and being unsettled or not even going back to sleep until 3am Sunday morning. It’s draining and it’s happened for 4 consecutive Saturdays. I just don’t understand.

Elsa went on a little preschool trip to the local allotments in March. She wasn’t overly keen as I think it was a bit of an unknown. In fact there’s been a few niggly things recently that has pushed for me to get back in touch with our health visitor.

I’ve been on a course for parents of children with autism, for Freya, and a lot of things have been popping up that remind me of Elsa’s characteristics. So we’ve decided to be referred to a paediatrician to see if she may also have autism like her biggest sister. I believe she does. Mainly sensory but that’s all for another time.

Elsa is still as cheeky as ever, she’s an absolute hilarious little character. I’m really sad about finding out her offered school place as that’ll mean the end of an era is fast approaching and I’m not quite ready to embark on Elsa’s primary school journey. So as a three some. They are a handful! As they grow older they are becoming easier to manage but also so much harder because they are louder. All three fighting for attention at once. It’s relentless and tiring. However, they are such a joy to be around when they’re fed, awake and happy!

April is going to be a busy month due to the school holidays and a the press trips I mentioned above! Hopefully I’ll be on time with posting.