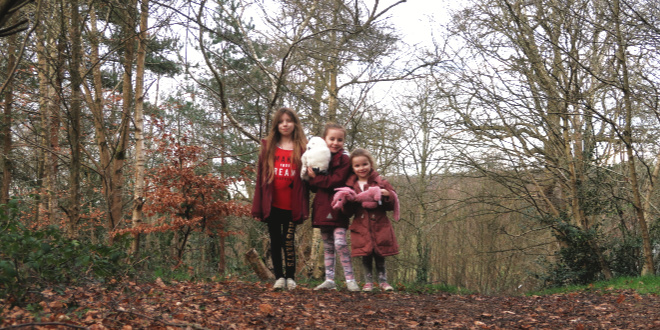 Firstly, it’s the 29th of February!! It’s a leap year woohoo. Anyway… I have felt like February has been a long month. The weather has been pretty rubbish and there’s been a half-term in the middle too. I mean, who’s idea was it to have a school holiday when the weather is yuck and nobody wants to spend any length of time outside?? Over the past month, I’ve started to feel quite overwhelmed about how quickly Freya’s childhood is flying past. It’s been brought on thanks to the gazillion school trips that we are being made aware of. She’s got a trip to France, a residential to Norfolk, a trip London and also Dungeness all coming up. It’s been intense and knowing I have to let go of my autistic lady as she wanders into the world is terrifying.

Earlier this week Freya accomplished something I thought I may never witness. She swam an entire length of the swimming pool in front crawl without stopping. I felt my eyes welling up with water, I turned to Hubby who’s eyes were also wet and then another parent also. Being hypermobile has really hampered her strength so she’s great at swimming under the water but didn’t have enough strength to keep her above it. Watching her that morning swim the entire way was overwhelming. I am so proud! Oh this little lady lump. She’s a firecracker of emotions right now. There was a period of weeks where she cried at every morning school run. It was horrible to see her so sad and even she couldn’t figure out why. I decided to draw a little heart on our palms to symbolise that we are together always. This really helped her and things have improved.

Eva has been working really hard on her friendships in the past few weeks. She is the type of person that is able to mingle with anybody which is a wonderful trait to have but it’s had some downfalls because she’s really craving a best friend. I think she sees her big sister having a couple of close friends and wants that too. So we’ve been helping her to understand what makes a great friend and I’ve loved to see snippets of her new skills and confidence. Elsa has had a really positive month in terms of her Selective Mutism. I have noticed she’s growing in confidence to speak to people like saying thank you for someone opening the door for her. We make sure that we praise those moments when she bravely speaks up or answers someone so that she knows it’s a positive thing. I think it’s working.

I feel like this month has seen Elsa grow in herself. She’s becoming a little more independent. We have always been quite reliant on using a pushchair, even now, but this month I’ve tried to not use it. It’s amazing what little legs can do when they’re given a chance. She’s running into town and walking so much further and quicker than ever before. I love it!

Somebody asked me the other day what I love most about being a mum of three girls. I don’t think I’ve been asked that before, it made me stop and think. The thing is, there are lots of things I don’t like about being a mum of girls. The screeching for one. So I found it hard to think about what I love and what might be different if one or more of them were boys.

I bet most people think that it’s all of the pink, but actually only one of my girls (Eva) is girly and loves pink. The other two wear black (Freya) and dinosaurs (Elsa). For me, I think it’s that despite them all being girls, they are all individual and they like different things. By being individuals they teach me things each day about myself. For example my tolerance levels.

Having three is most definitely busy and loud that’s for sure. As much as I feel drained all of every day, these three monkeys are the light of my life and I wouldn’t change them for all the money in the world. I may ask to have a volume button installed though. Share
Previous *WIN* Win a family ticket to the exclusive premiere of Andy and the Band!
Next Andy & The Odd Socks Live In London