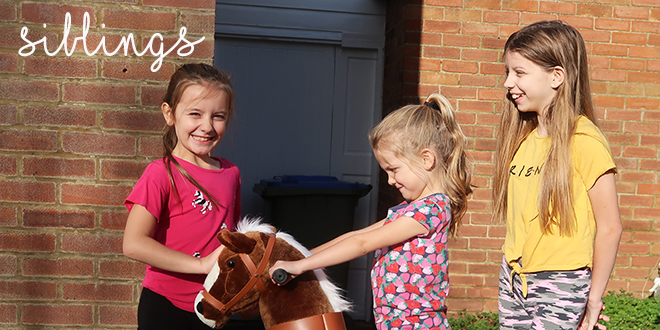 It’s a Siblings post full of Christmassy photos. We put our decorations up much earlier than usual this year, I felt like our little household needed some extra magic. Then, of course, having the beautiful twinkly Christmas tree as a backdrop meant I got a bit snap happy. I won’t apologise because Christmas is the best time of the year.

It’s funny though, I’m the most unprepared for Christmas this year. We’ve purchased about three presents and none of those is for our daughters. The lockdown meant we couldn’t visit shops and now Kent is being put into Tier 3 hopefully we’ll be able to do a bit of shopping in the short weeks we have left!

Anyway, I’ve digressed let’s get on with talking about how my beautiful daughters are doing this November. 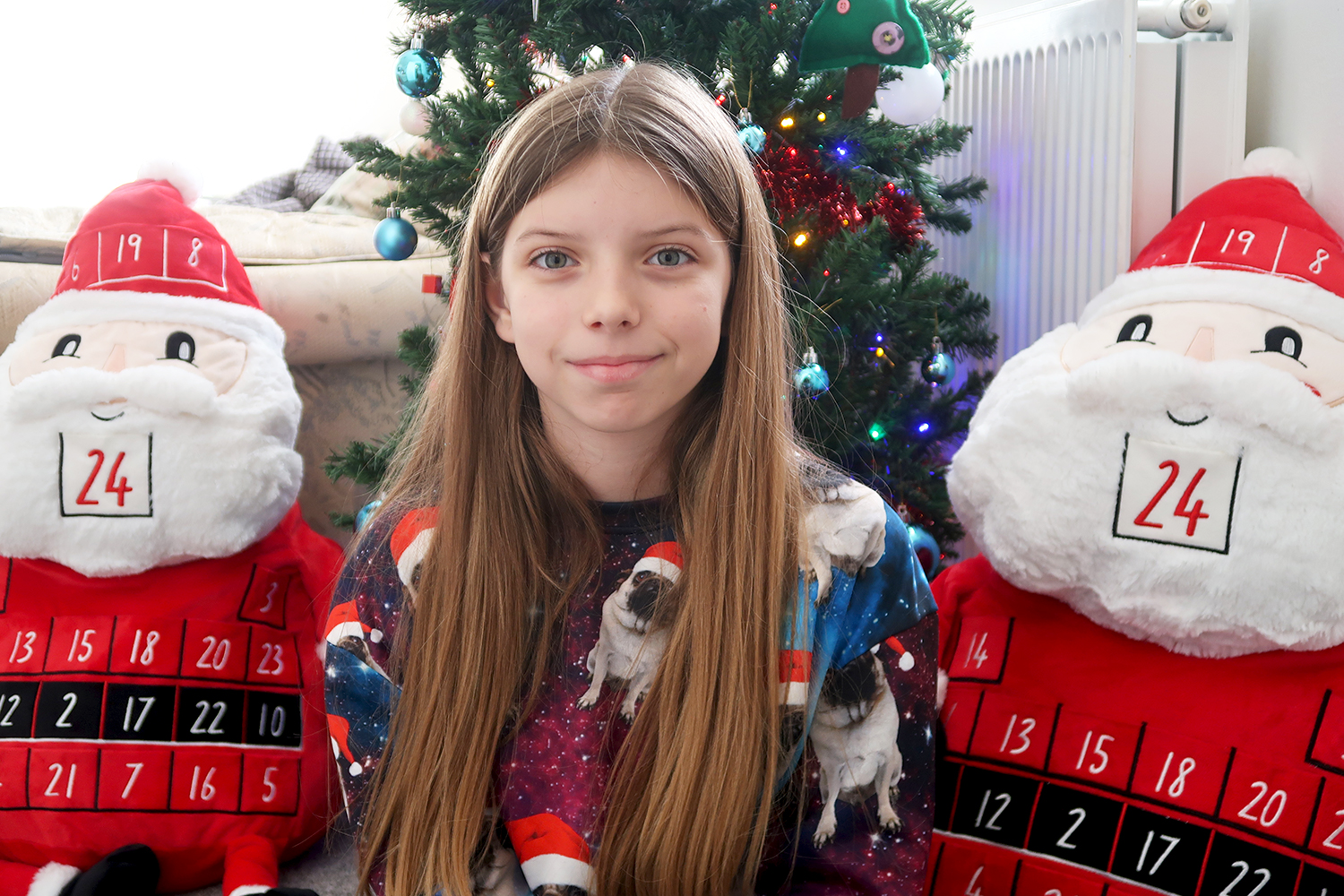 Freya has been experiencing a lot of noise sensitivity this month. I was proud of Freya for making me aware that during her Drama lesson she got tearful due to the noise, she managed to ask the teacher to sit out but sadly the place she was sent to sit out in, became noisy too. I’m finding myself emailing teachers all of the time at moment trying to make sure that Freya’s school experience is as pleasant as we can make it.

Something is most definitely switching in Freya hormonally which is causing a lot of meltdowns. It’s inevitable for any child heading into their teen years to feel this unpredictability of emotions. During her meltdowns, she gets so irate that she sounds like a guineapig which is both rather funny and frustrating too for all of us.

There have been some lovely moments this month though, I had an email from her Art teacher commending her work and efforts in the lesson this past week or so. He’s been really impressed and that brought me to tears. Art was always my favourite subject, and drawing and painting is certainly something that Freya finds peace in and she’s able to escape her mind for a bit.

Just last weekend, I was able to spend some one on one time with Freya during a family walk. Well, I say walk, the others were riding their bikes with Daddy. Freya is so intelligent and I think sometimes I forget that because we struggle a lot with her meltdowns and behaviours. It was beautiful to spend some time with her and hear her views of the world. 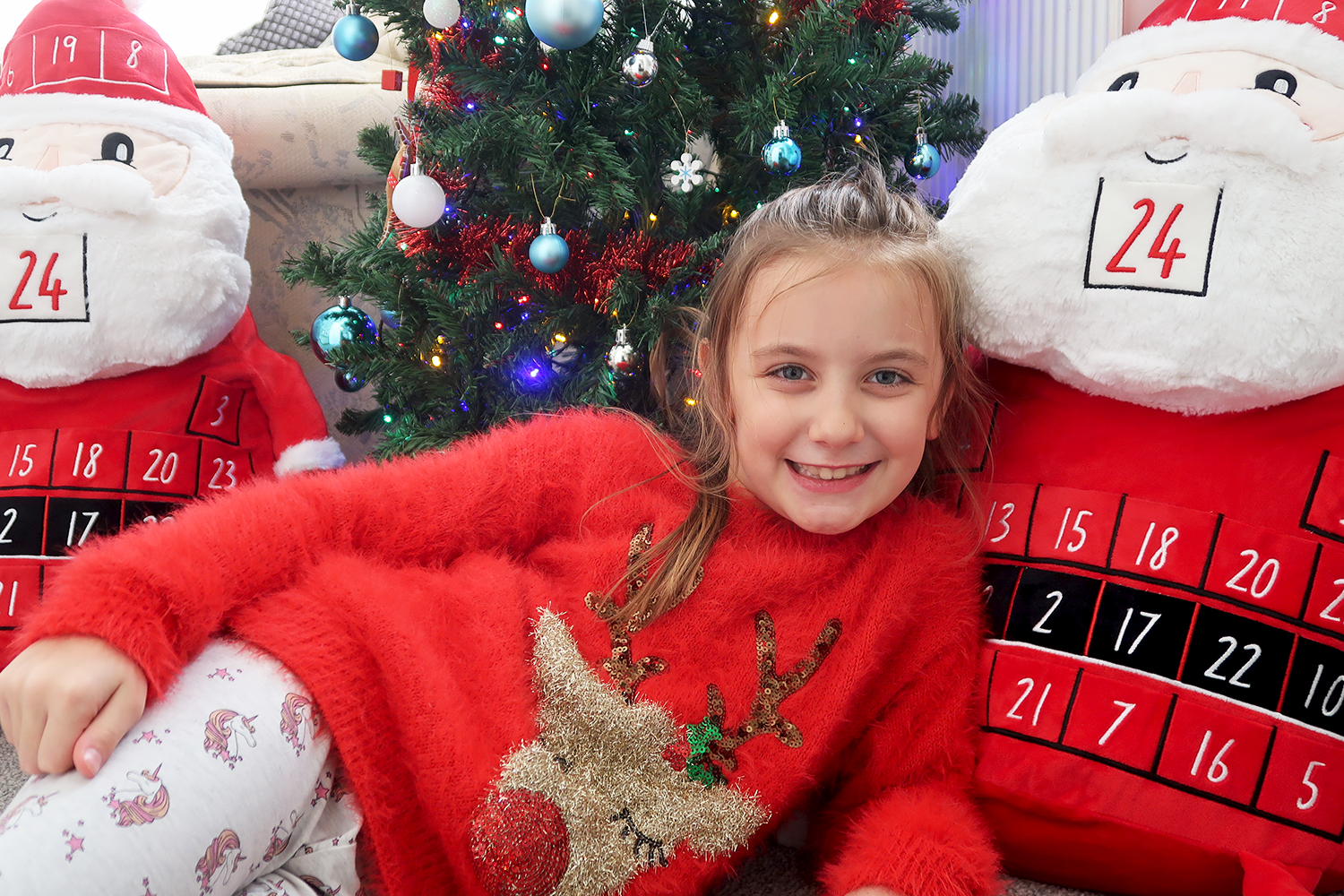 We had Eva’s (and Elsa’s) school report come back earlier this month and then was able to have a parent consultation over Zoom. The oddest experience since lockdown I think. The report had some parts that were slightly worrying which is obviously a side effect of this pandemic, she’s finding the subjects Writing and SPAG (Spelling Punctuation and Grammar) quite tricky which is definitely something that was the biggest struggle during home learning too.

However, Hubby and I nearly burst into tears to hear that Eva is such a kind and warm person in the class. She encourages her peers and every afternoon before home time, she’ll tell her teacher how grateful she is for her to teach her that day. The teacher said that was a real boost for her. Academically they are getting her some extra help for the bits she finds most difficult so we are feeling positive. Just so long as we can keep everyone at school of course, which moves me onto the next part.

At the beginning of November, Eva came home just not herself at all. To try cut a long story short, she had a high temperature and we all got COVID tests and isolated for about 60 something hours in total. All of us receiving a negative test. Eva was bouncing off the walls and her usual crazy self by the following day so we knew everything was good.

Eva has lots of energy this month. The second lockdown has prevented us from doing our usual fun weekend day trips, so she’s got a lot of pent up energy that has nowhere really to go. We’re seriously considering purchasing her an outdoor punch bag of some sort because I think this would really help.

Her glasses arrived at the beginning of November, she’s settled brilliantly into wearing them at school and she says there’s definitely a difference. We’ve also started to monitor her ongoing cough, before you all worry, she’s had this cough for years and has an asthma pump which usually helps. But I’m beginning to think it could be an allergy or something so we’ve got to keep a “cough diary”… fun times! I’ll keep you updated on that one. 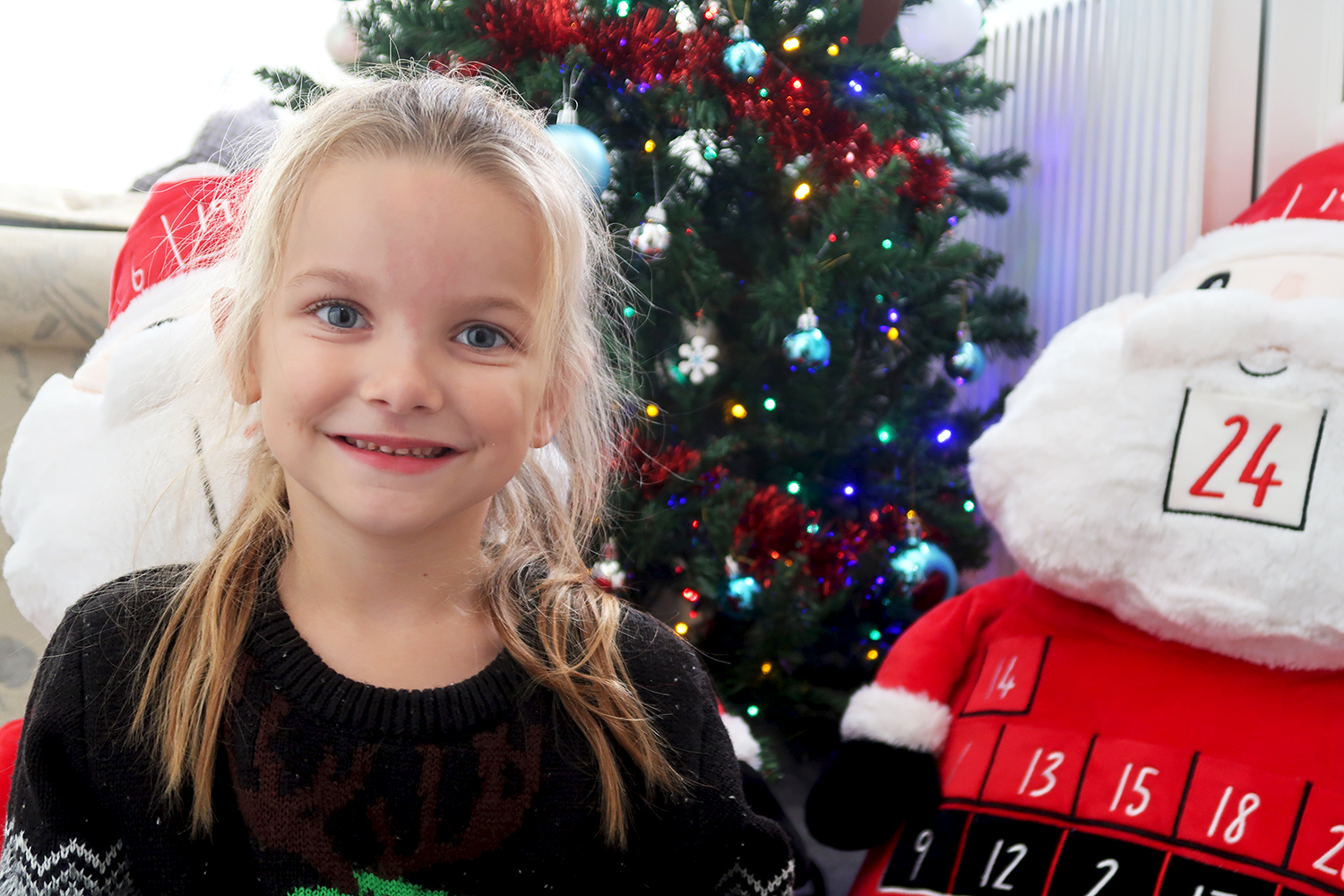 The little lady here has had a big month. It’s hard to keep up with all these girls of mine you know! Anyway, she also had her report back which was a little disheartening but expected considering the situation we are all in and also her own struggles with Selective Mutism. The teachers (She has two) seem very pleased with her progress though. It’s so wonderful to have supportive teachers and they’re open to working with me to help Elsa. Sometimes that’s half the battle, school and home communication.

She’s made a beautiful connection with a boy in her class. They sit with each other behind the plastic screens they have installed now and help each other with their work. I just love that. I think he’s helping give her the confidence to come out of her shell a bit and that’s something to celebrate.

Elsa also had her flu spray done at school for the first time. We usually opt to have it done in the GP surgery so that I can be there to pin her down a little bit, but this time we reluctantly chose to have it done at the school. Elsa was adamant she wasn’t going to get it done, we barely even mentioned it to her that morning so she couldn’t get worked up. Around mid-morning, we received a phone call from the school to tell us that she’d had it done. Hubby and I burst into tears. It felt like such a win!

The next big thing to happen this month was that Elsa had her autism assessment, or at least the first part of it. I have filmed a video all about it which will give better details but basically, it is being done differently with COVID and I had to be filmed interacting with Elsa. It was a short time of free play, kind of. But due to the selective mutism and her reluctance to engage with me in front of a Speech and Language Specialist, they were unable to diagnose her or gather enough evidence to either say yes or no. So they are hopefully getting some other professionals involved and we are still on the journey. So that’s as much as I can say on that. 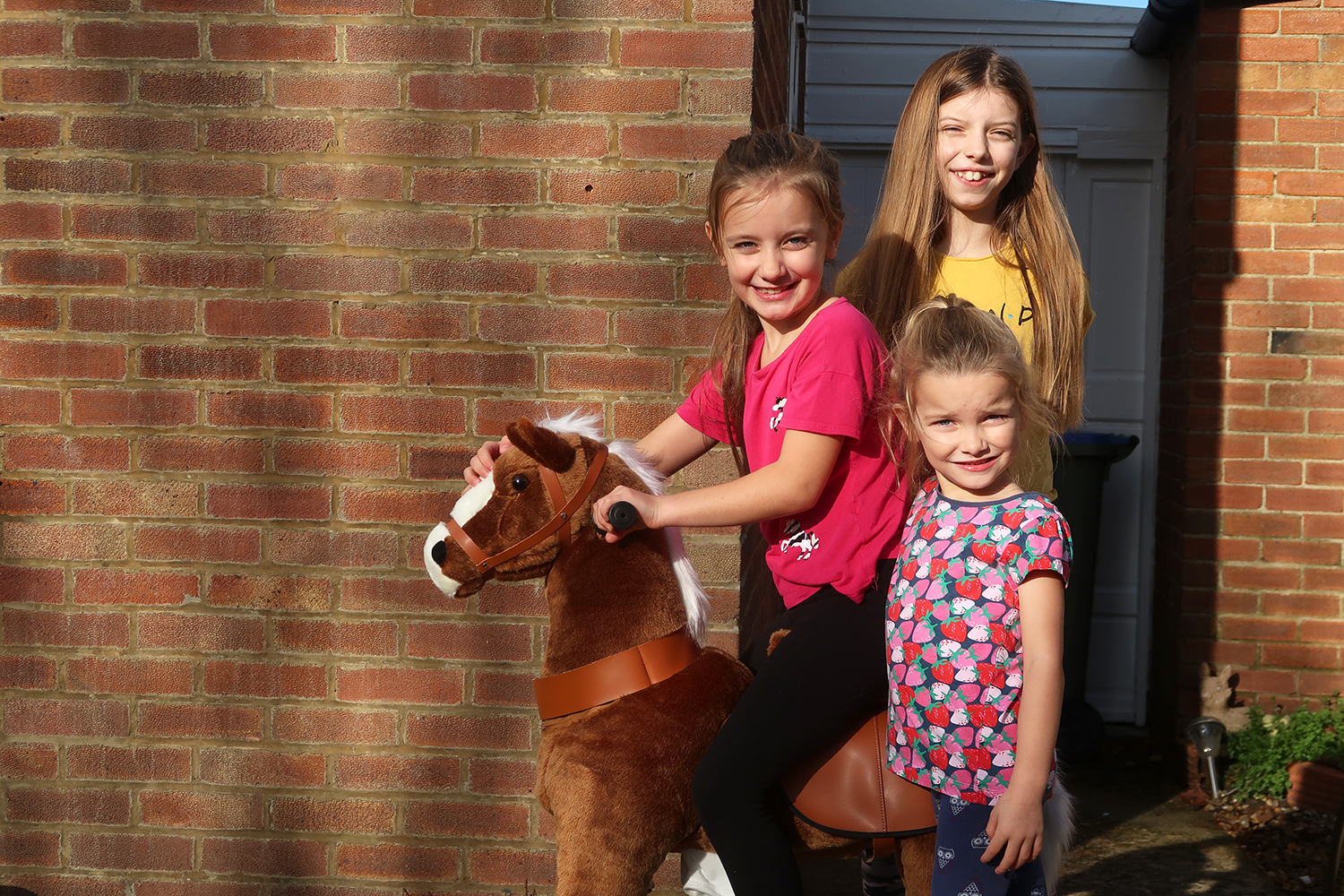 Firstly, let’s take some time to appreciate the horse pictured. He’s amazing don’t you think? Eva and Elsa have requested that Apple Crumble comes on the school run with us in the mornings so we now leave about half an hour earlier than normal so that they can ride it up and down the neighbourhood near the school. I hope the residents don’t mind too much at 8 am!

Tensions between the three of them have been running high this month. I’m going to blame the excitement of Christmas but of course, it’s probably just normal sibling squabbles. Freya’s age and craving to be alone is pushing the others away slightly despite Eva’s desperate need to join her big sister for art and chats.

Elsa has seemed a bit less reliant on Eva thing month too. Preferring to play by herself, or to just chat with us. Although of course they are thick as thieves the majority of the time and run around my house being the noisiest pair of all.

I think in the coming months we are going to be doing more walks and outdoorsy things in the lead up to Christmas. I really want them to get in touch with nature a bit more and enjoy the fresh air. A way to blow off the sadness this year has caused. 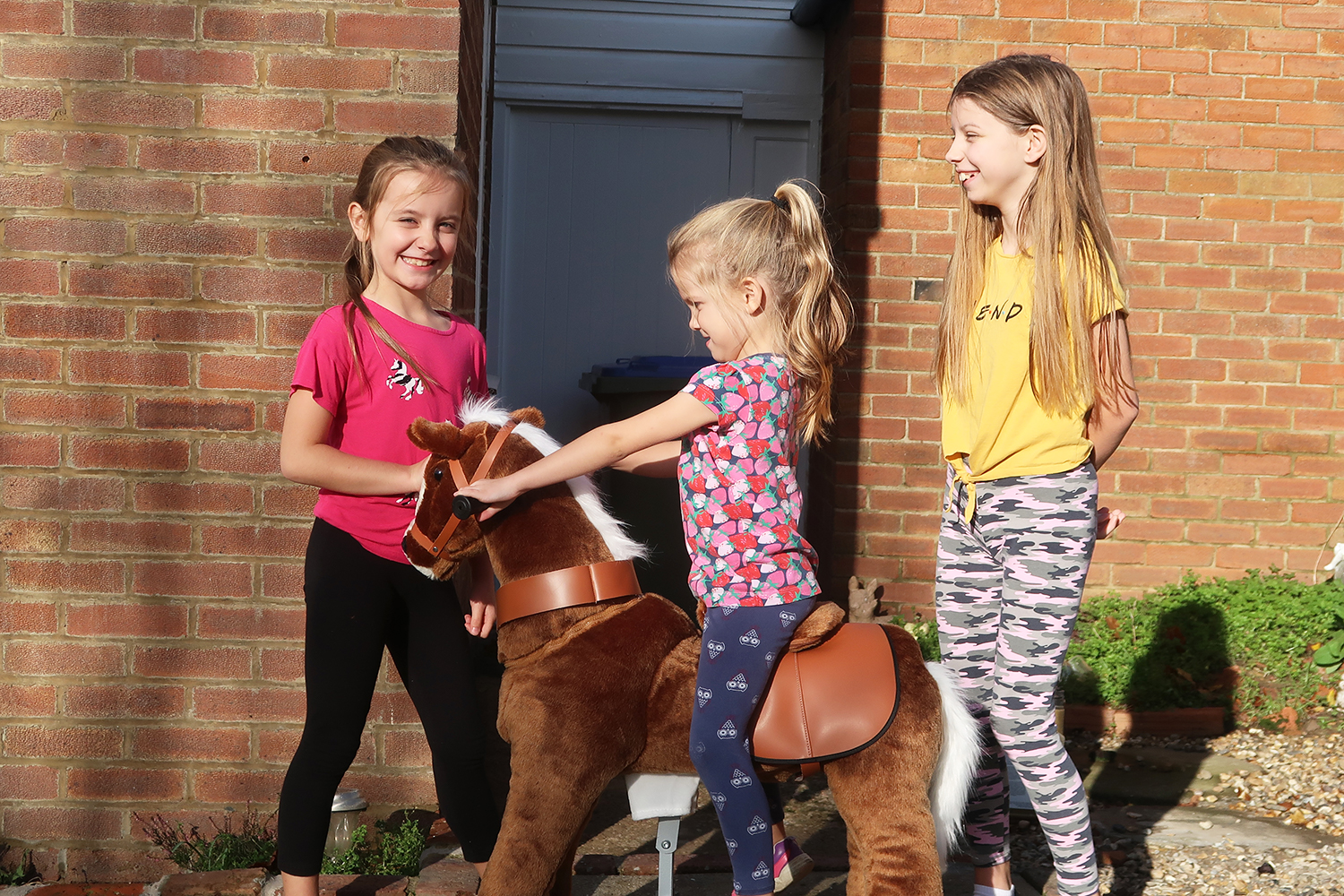