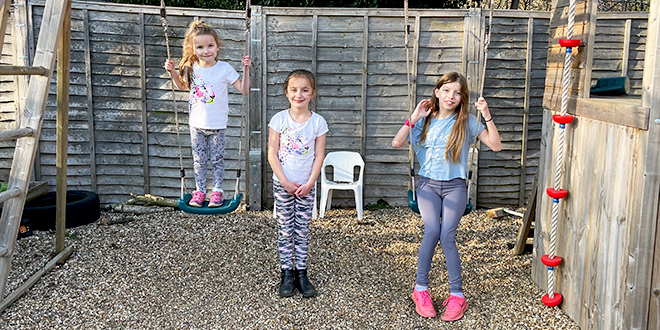 The first two months of this year went by in a blur for me, January and February felt long and draining but now we’ve reached the end of March, the pace has certainly picked up.

A lot has been going on. Right at the beginning of the month, we welcomed a new member to our family. I became a niece to a beautiful baby girl who I still haven’t met because of restrictions. She has been the hope and joy we’ve all needed and my girls are so excited to be cousins.

Following the death of my Mum, I wasn’t sure how I would feel about schools reopening and sending my girls back out into the dangerous real world. It’s not been so bad for us so far although the early morning school runs have certainly been a shock to the system for everybody. I do still feel nervous about them being surrounded by lots of unknowns but I’m also passionate that life must go on, and it’s such a joy to see Eva and Elsa interacting with other children again.

I suppose what I’m trying to say in a nutshell is that it’s been a busy month of adjusting to a new normal. Let’s get on with the siblings post of March. 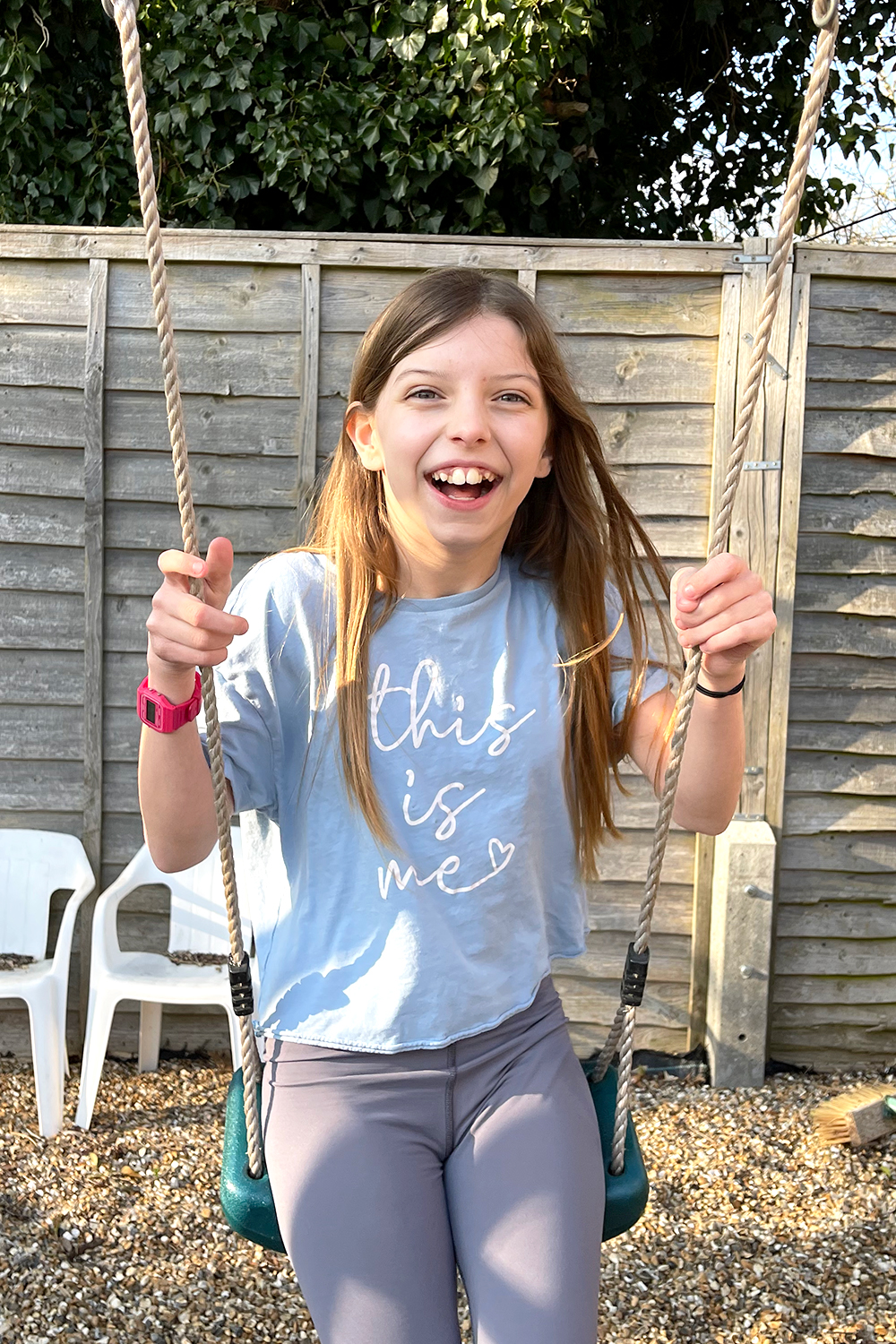 I genuinely need to learn the art of patience and be given some strength with my eldest right now. Freya has been absolutely draining and I’m certainly not enjoying the pre-teen year at all. There’s been a lot of rebellion going on, there’s stuff that I completely understand where she’s coming from but also other things that make me furious. I’ve been told it’s a phase, another new learning curve of perseverance. We’ll get there.

On the flip side, I have been so proud of her courage in terms of handling bereavement. She was extremely brave at my Mum’s funeral earlier in the month. I had been torn by my decision to allow her to attend but I am so glad that she did. I think it helped give her some closure, some understanding but of course, it was super emotional and rather isolating having to sit socially distanced from her despite being in the same household. I kept looking over at her to make sure she was doing ok. She burst into tears as we left the building and I just held her to comfort her.

Now that Freya is back to school, I have noticed things that are clearly stemming from her autism. She’s lacking a lot of understanding within social situations and it sometimes feels like having to repeat my conversations many times. Of course, she’s resisting any advice I give her and I’m pretty sure I did the same at her age.

Despite the picture I’ve used of Freya being a super happy picture, Freya is so reluctant to be outside or spend time with us right now. She seems to think we are forcing her to do anything. I think we are hitting a very hormonal, rebellion stage of her development that I wasn’t totally prepared for. I mean she’s had an attitude for a long time, but this has been different. I desperately want to keep her from shutting herself away permanently like my brother (who has autism too) did in his teen years and beyond but sometimes it feels easier to just let her do what she wants. That way we have less battles and arguments. 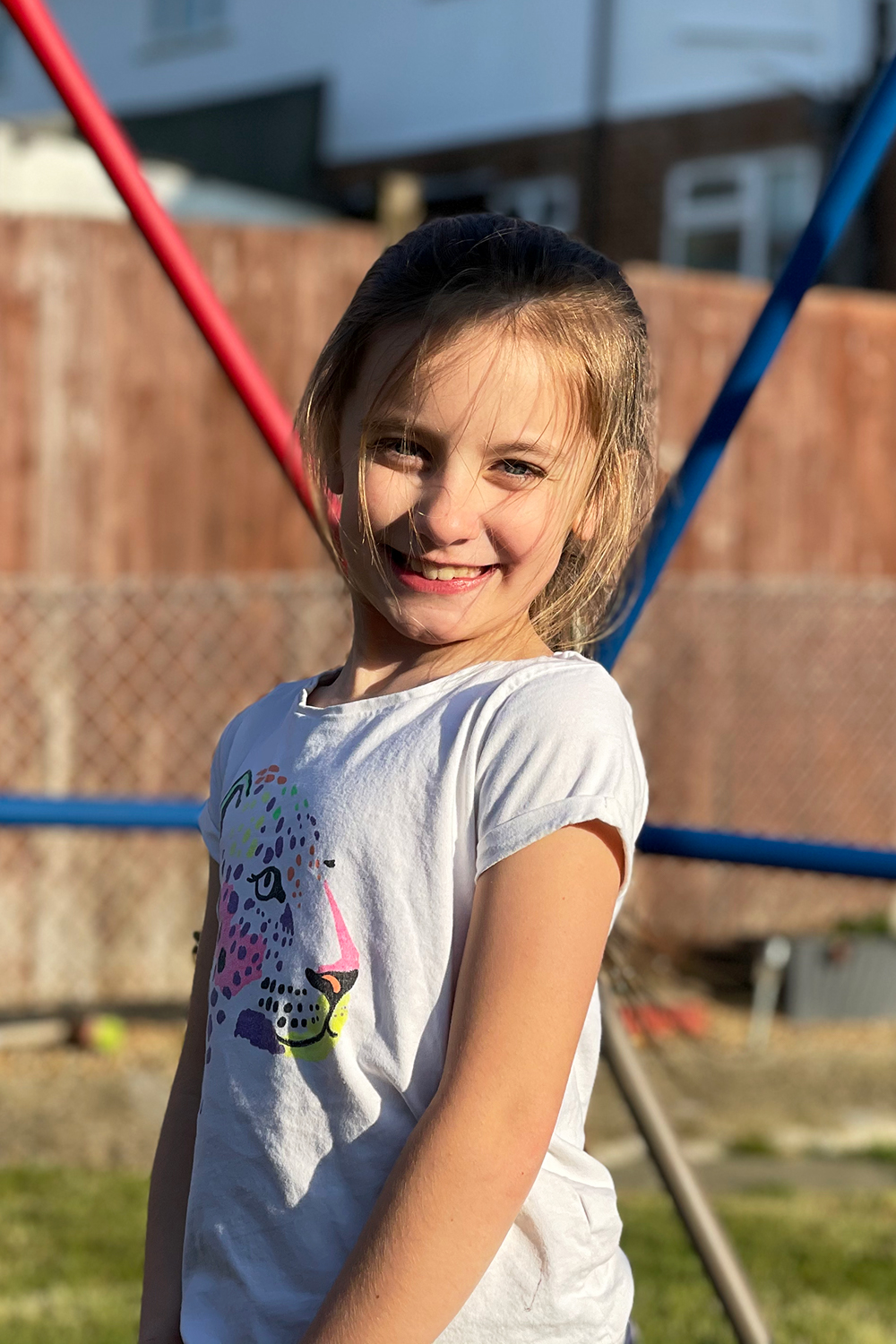 I’m not entirely sure where to begin when describing Eva’s experience of March. It’s been a tough one and not because of her behaviour or anything, it’s purely been tough emotionally. She is grieving, having a hard time adjusting and moving through this pain that she’s feeling. There has been many nights where she has cried herself to sleep in my arms. All I can do is comfort her, pray with her and always be available to talk.

Eva has loved being back at school. At first she was adamant she wanted to stay home, the fear of something else happening to our family has been overwhelming for her. But once she was past the gate on that first day, there was no stopping her. She adores her teacher! Thankfully her teacher is bereavement trained so has been the best and biggest support for Eva. They’ve made memory books and her teacher has made herself available to Eva whenever she needs her.

A recent bit of excitement for Eva has been the chance to get back in the saddle. Thankfully restrictions being eased slightly has allowed her to return to her riding lessons. It felt a bit bittersweet on that first lesson because the last person to take her prior to the current lockdown, was my Mum.

Eva is also having her asthma further investigated at the moment. We have a set plan to follow as we want to rule out allergies to cats. I’m nearly certain she might be allergic to our two kitties, which is super sad, but I have to put Eva’s health first. So she has antihistamines to take and a chart to fill in for symptoms. I hope we can get some answers. 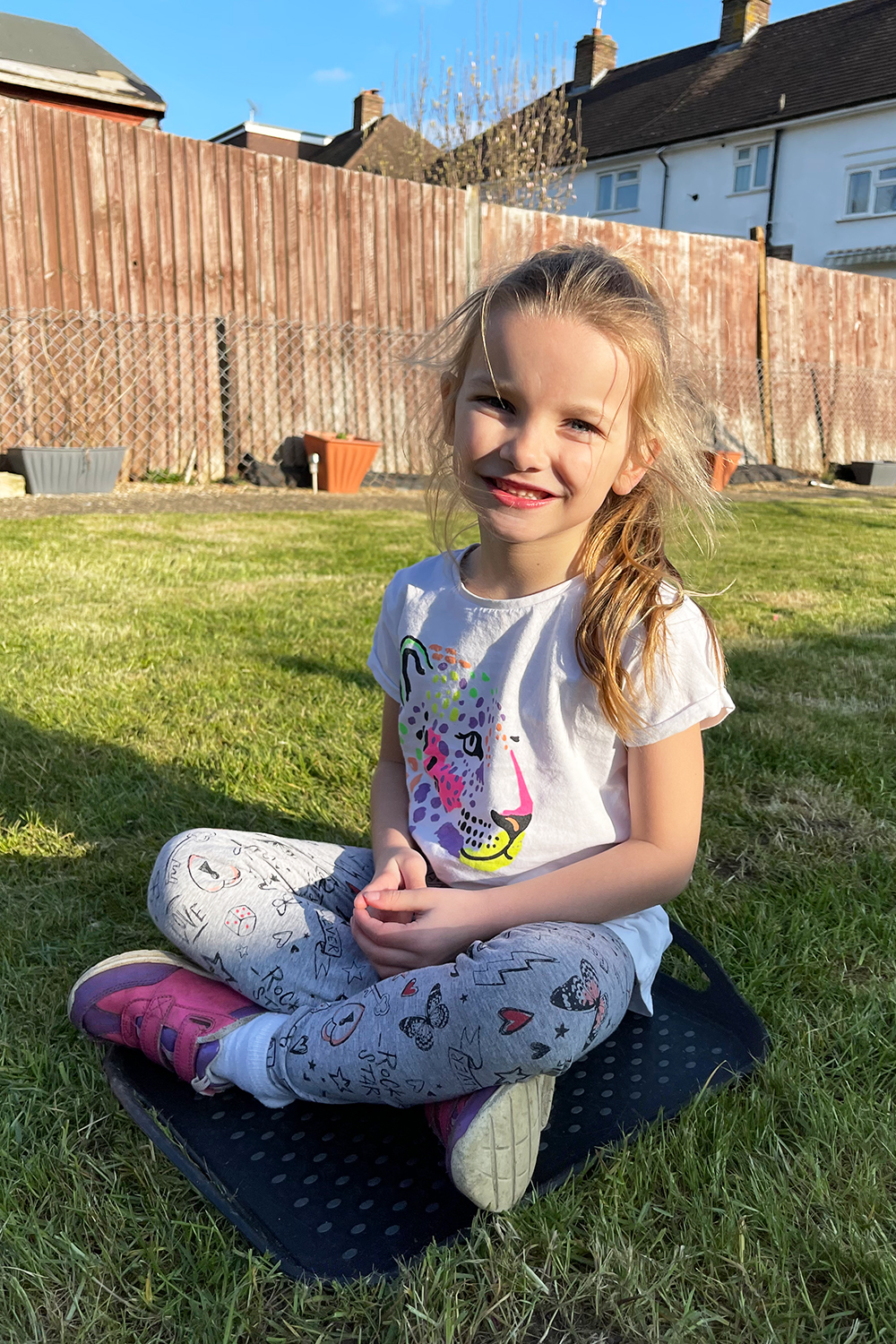 Oh little Elsa! She has been so incredible this past month. She has this sudden confidence that seemed to have come from nowhere and shocked us actually. It’s a joy to watch her laughing, talking and playing with her school friends. This is something she found a struggle. She’s even been making jokes with family members and happily having conversations.

I think the recent/current lockdown has helped ease some anxieties that she had. Elsa has obviously been removed from social situations that she struggles with. Whatever has happened, it’s been a beautiful change for her and we are taking each day as it comes. Of course this confidence may not be permanent as Selective Mutism is an anxiety disorder but it is one that can be overcome.

Elsa has formed the cutest bond with a boy she sits next to in class. I’m pretty sure they are almost identical in behaviours and cheekiness. It’s the most adorable thing to see blossom.

Another update for Elsa is the journey with her growth hormone investigations. A paediatrician phoned me to discuss the next steps, the one that is going to be doing the growth stuff. He advised that they want to move forward with doing a growth hormone stimulation test which is done to find out if the pituitary gland is releasing growth hormone in the right amounts. Freya had this too so I know what to expect. We will have to spend half a day in the hospital, a cannula will be put in, a special chemical will be injected and then blood taken every thirty minutes or so for a long period of time. It won’t be nice, but it’ll hopefully give us some answers and a pathway to follow if need be. 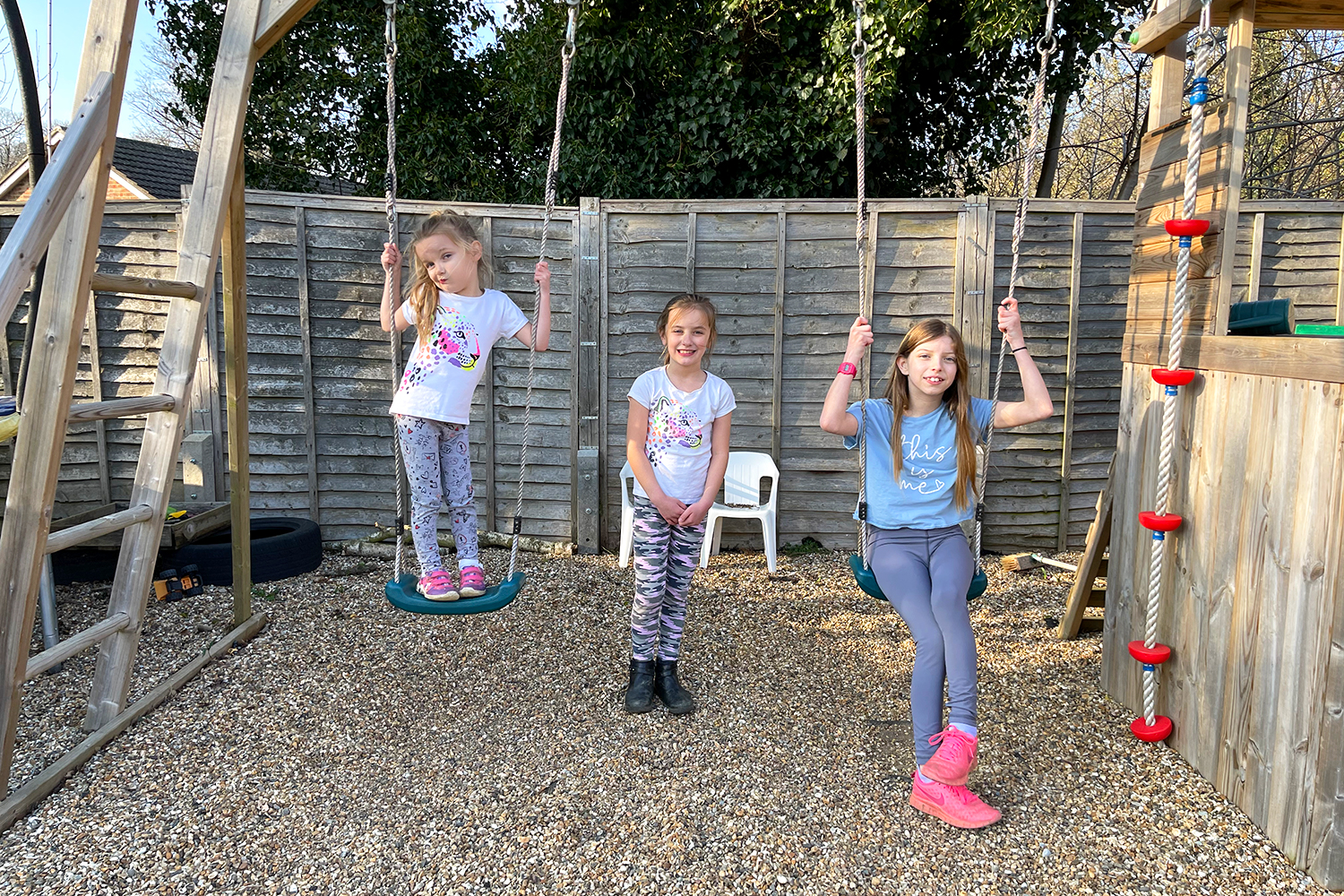 Like I said earlier, Freya has been reluctant to spend time with anyone at the moment. I can see this driving a bit of a wedge in their trio bond. Eva and Elsa naturally play continuously together, like two peas in a pod. Whereas Freya will be found by herself moaning that she’s bored and doesn’t want to play.

Despite the challenges and joys that age gaps create with these three, the journey through grief they have shared has certainly pushed them closer together on a whole. It’s like they’ve learnt to lean on each other in other ways. Respecting the tears that have flowed or the anger outbursts. Elsa in particular has not shown many signs of grief, she’s protected with her age I think, but she has been an incredible support to her sisters through this.

I know from my own personal experience this month, that having these three terrors in my life has certainly helped me to keep moving forward. 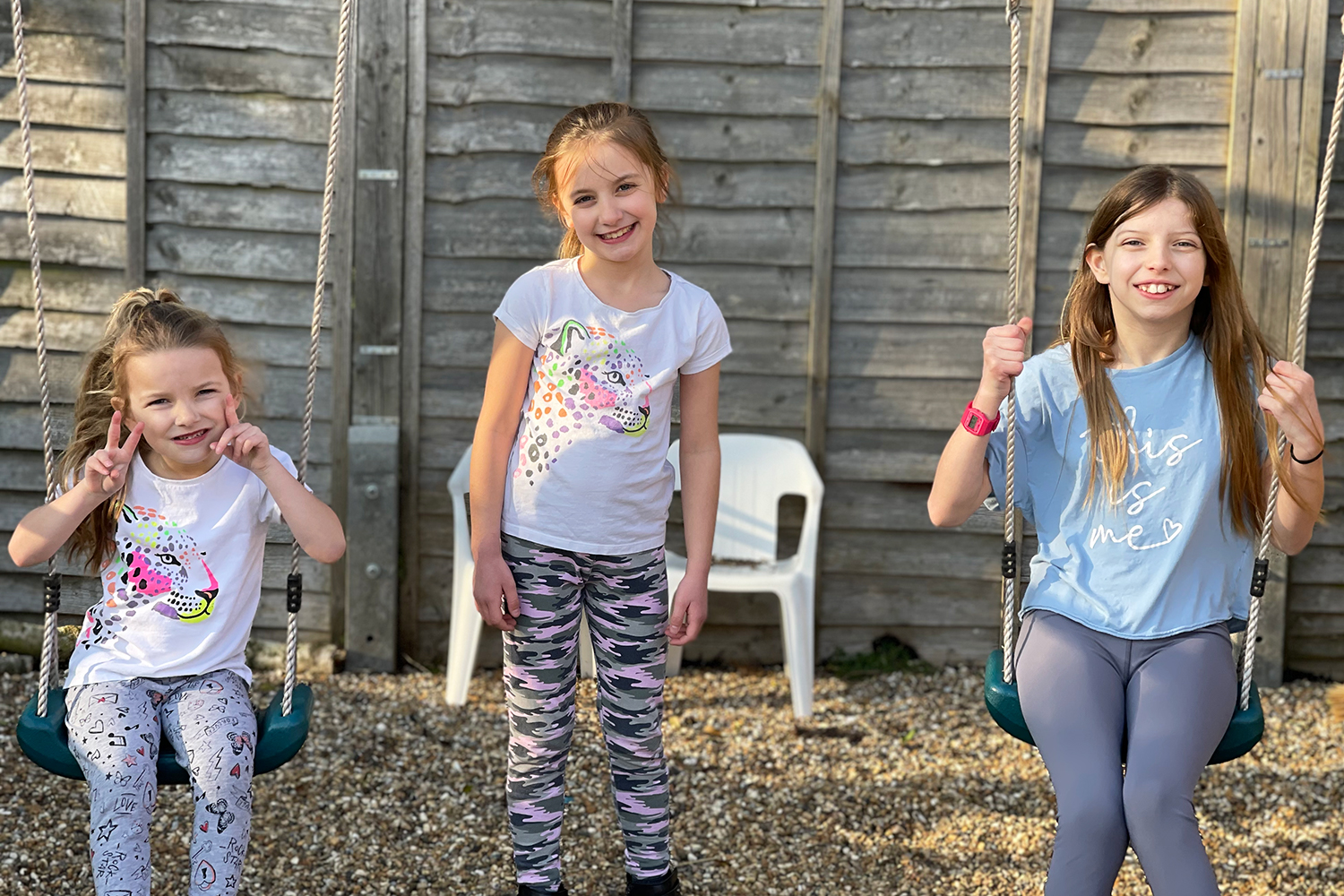