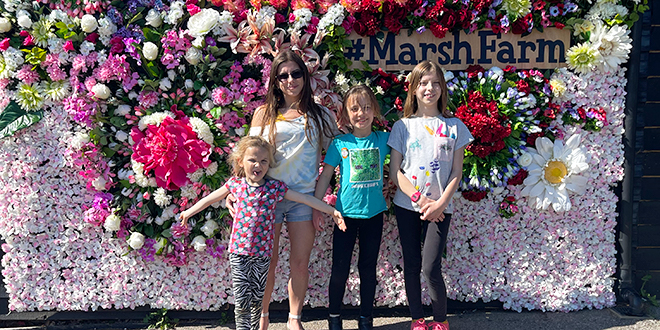 It feels a little bit odd that I’ve snuck myself into the thumbnail of a Siblings post. I quite like that photo of my girls and me although every time I look back on photos, I realise how quickly my girls are soon going to be taller than me. Freya is probably a few centimetres away and Eva is rapidly catching up.

It has most certainly been an odd month for our family with a bit of a rollercoaster adventure. I’m pretty grateful to be ending May with beautiful sunshine because earlier on in the month, it felt like summery weather was never going to arrive. Anyone else super excited for summer this year?

Anyway, I always digress in this entry part of the sibling’s posts, so let’s just get on with it! 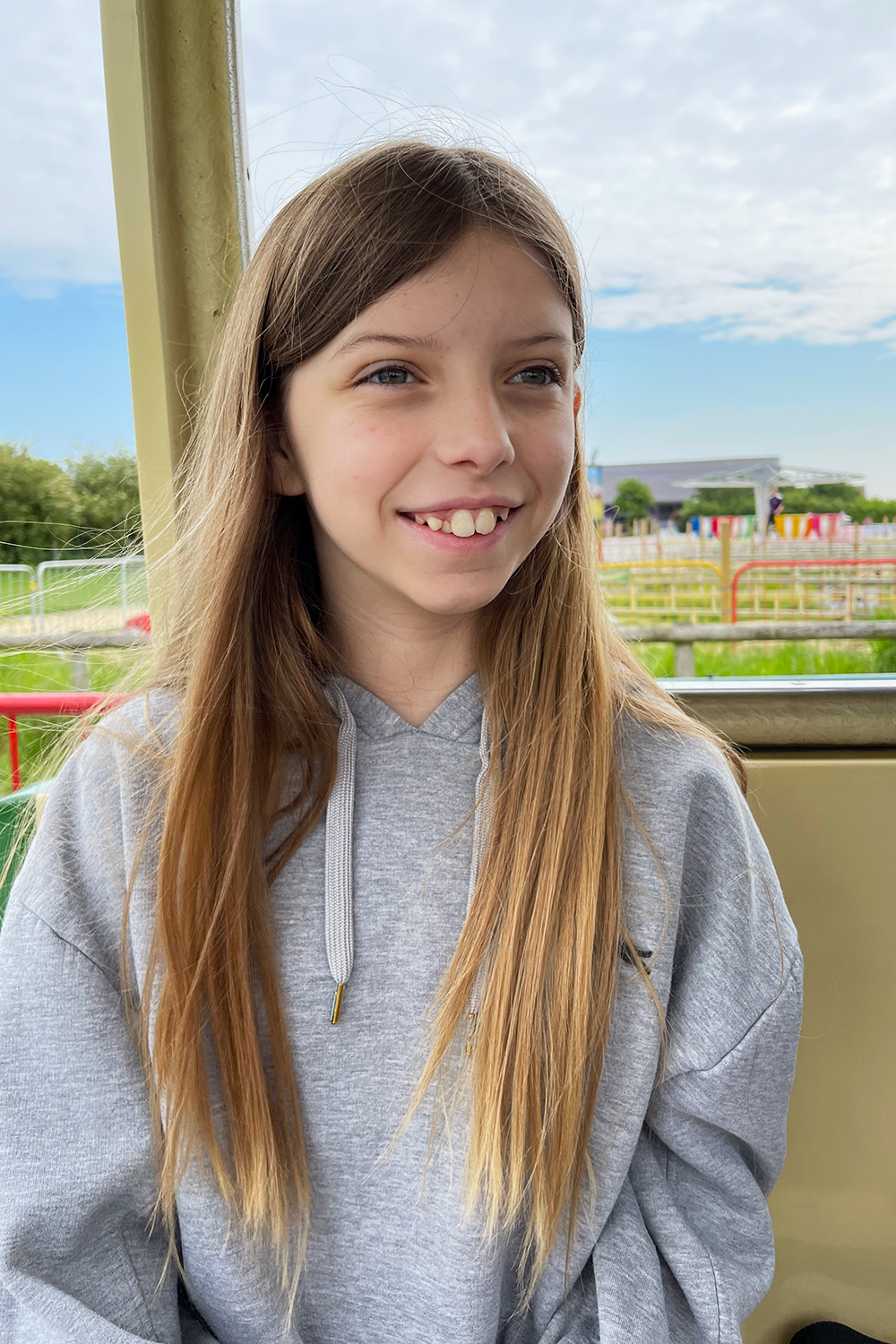 We’ve had a stressful month with Freya. It’s not something I feel I need to share online as although this is my diary, some things should be kept private. All I can say is that big things like the experiences we’ve had these past few weeks, have shown us just how strong our family truly is. Our family motto is teamwork makes the dream work – it feels quite appropriate.

It dawned on me just a few days ago that we are nearing the end of another school year. Freya’s first at secondary school, although she’s barely been there with the lockdowns and school closures. Freya is about to embark on assessment week so I think school work recently has been predominantly about that. She seems to be doing well so it’ll be interesting to see how her grades and achievements are doing when results come out.

A big thing happened this month, I allowed Freya to join her friends in town for the first time. It’s such a strange feeling waving your child goodbye and knowing she’ll have free reign in town with some cash and her friends. I had to actually remind her not to walk out of a shop without paying for it because we’ve always done that part for her. She had such a good time and it resulted in me finally organising her with a bank account she can use. It oddly feels like she’s spreading her wings and becoming a bit more independent.

Autism plays a huge part in my reluctance to allow her to spread her wings too far, I think I’m a bit of a control freak but of course, like other parents, I just want her to be safe. She’s desperate to fit in with her peers and so I have to swallow my nerves and encourage her the best way I can. 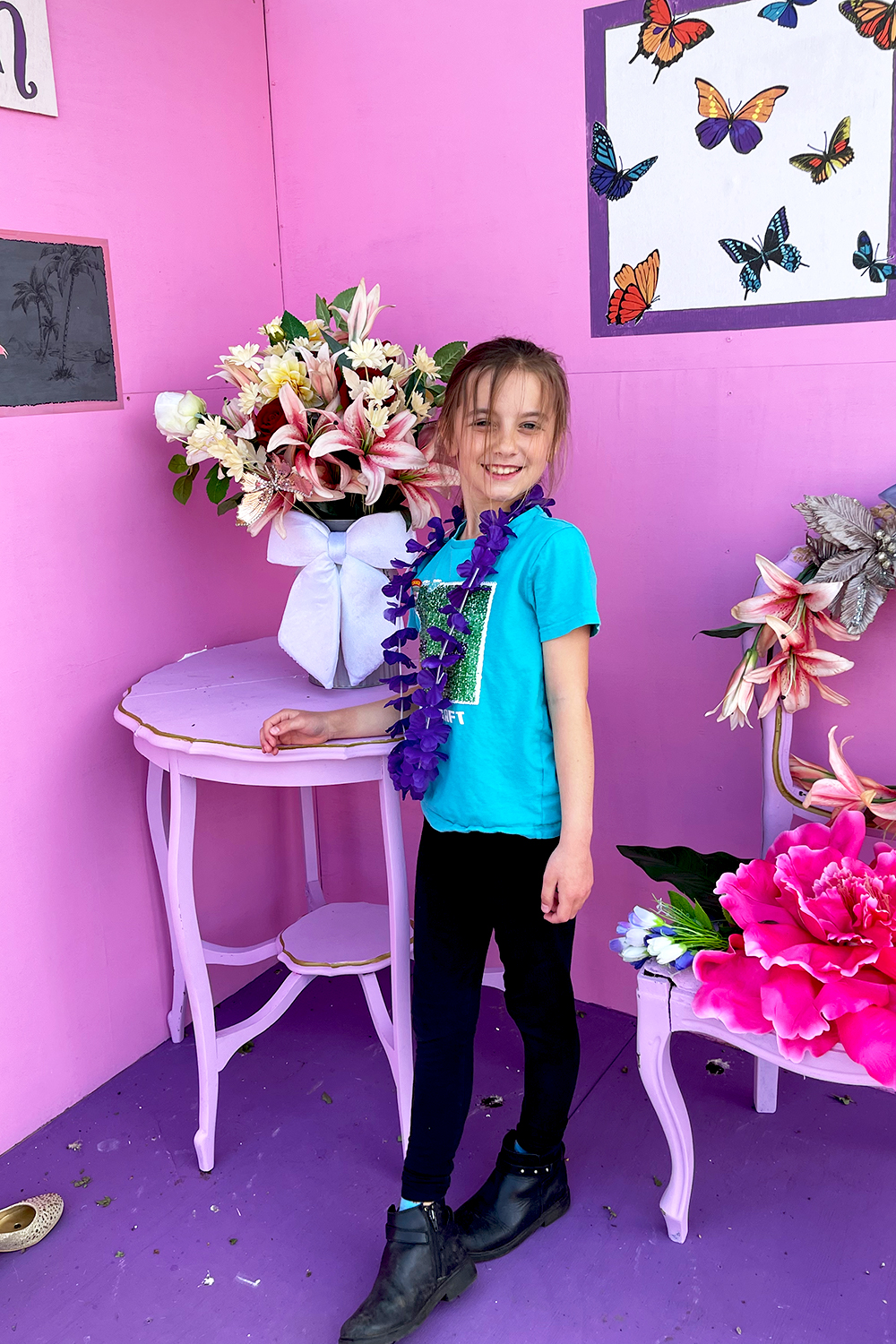 Eva loves to ride a bit of an emotional rollercoaster. She’s so amazing at understanding her emotions and is learning ways of coping with them too, from sadness to joy. You never truly know which emotion you’ll get and we have to ride that rollercoaster with her. The grief of course is the unexpected one that pops its head up. These moments have become less over the recent weeks, but in early May I felt like Eva would be a broken mess forever. It was so devastating.

The school have continued to work with Eva and enabling her with strategies that help her survive the painful moments of remembering her Nanny. Eva has so much love for everyone she knows so of course, this was always going to be a hard journey to embark on. I’ve been so incredibly proud of her bravery these past weeks.

Eva has been a little defiant. She’s a people pleaser and finds getting told off quite hard. Yet the past week or so, she’s been ignoring requests and seems to be really trying to rub us up the wrong way and has a teeny bit of an attitude seeping in. I truly hope this is a phase and not the start of the hormonal rollercoaster of being an eight-year-old!

I’m noticing a lot of sensory issues with Eva recently, mainly to do with clothing or her own temperature. Every morning there is a battle with which type of sock or underwear she wants to wear, then other items are too tight or baggy. It’s like I’m replaying Freya’s clothing sensory concerns that she had a few years ago! Then Eva will say many times in one day that she’s too hot then seconds later, she’ll be too cold. It’s hard to keep up!! 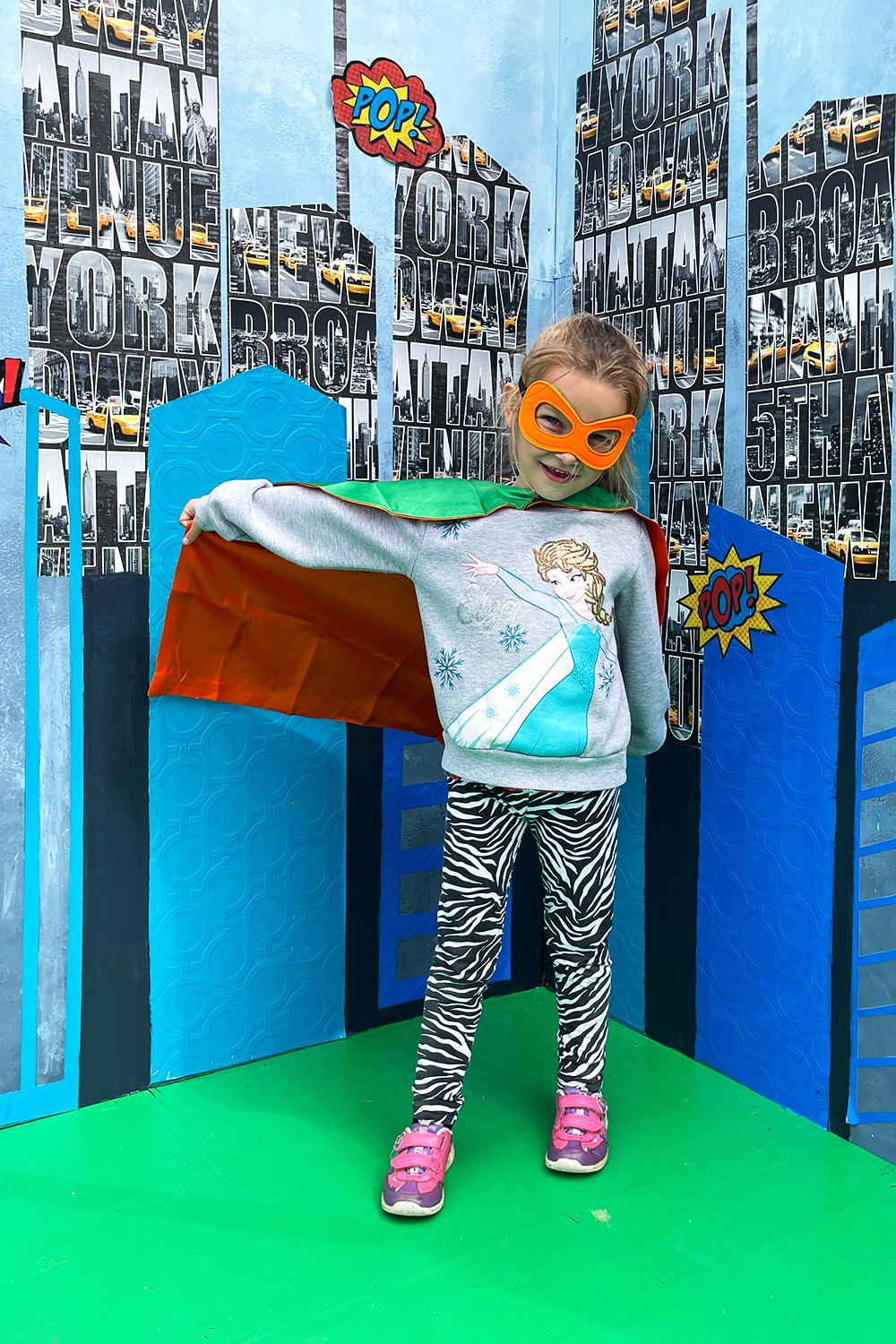 I love this photo of Elsa. She’s always been someone who hates the camera but then there are tiny snippets of a day where she’ll pose or actually ask for a photo to be taken. I wanted to save this photo for an Instagram post in June because Elsa has finally got her date for the Growth Hormone Test (Glucagon Test) and I know she’ll be our little superhero.

We’ve been doing lots more walks with Elsa whilst Eva is at hockey. We only stopped using a pushchair about a year ago now and so strengthening up her little legs for longer walks has been quite important to me personally. She’s a real explorer and would rather be clambering around the trees and bush growth than playing in a kids playground.

I’m pretty sure I commented on Elsa’s newly found confidence. She returned after lockdown full of beans and ready to chat to more people during her day. Her best buddy gave her confidence too but in the past few weeks her seat was moved, they remain on the same table but no longer next to each other and it’s had a negative impact on Elsa’s joy for school. It’s been quite sad to see her coming out of school much less happy than before.

One other big news for Elsa is that she had another assessment for autism done at school by a Speech & Language Therapist. They’ve been struggling to differentiate between autism and selective mutism symptoms. Once again, the SLT couldn’t say a definite yes or no because Elsa showed strong signs for both of them but not quite enough to diagnose. It’s odd, to be honest, but they’ve popped her on the waiting list for a full autism assessment. Hopefully, that’ll be done later this year and we’ll get a definite answer either way. Of course, I still strongly believe she does have autism but the selective mutism side of things is making it a little bit complicated.

Over the past weeks, I’ve taken a step back in my insistence that Freya spends time playing with her sisters. I think it’s time I realised there’s an age gap and that she is at a very different stage of her life than the other two. Of course, I want them to all be close no matter what and know that they can rely on each other for love and support. Giving them all the space to figure that part out by themselves is what is important right now.

I love that the warmer end of May has given us some lovely opportunities to bond outdoors on adventures again. There’s nothing more satisfying to me than seeing all my three girls playing freely together. We even managed to get the pool out in the garden this past week and they’ve been known to spend entire days just chilling together in that pool.

I’m looking forward to the summer months ahead and seeing the end of another school year very soon. 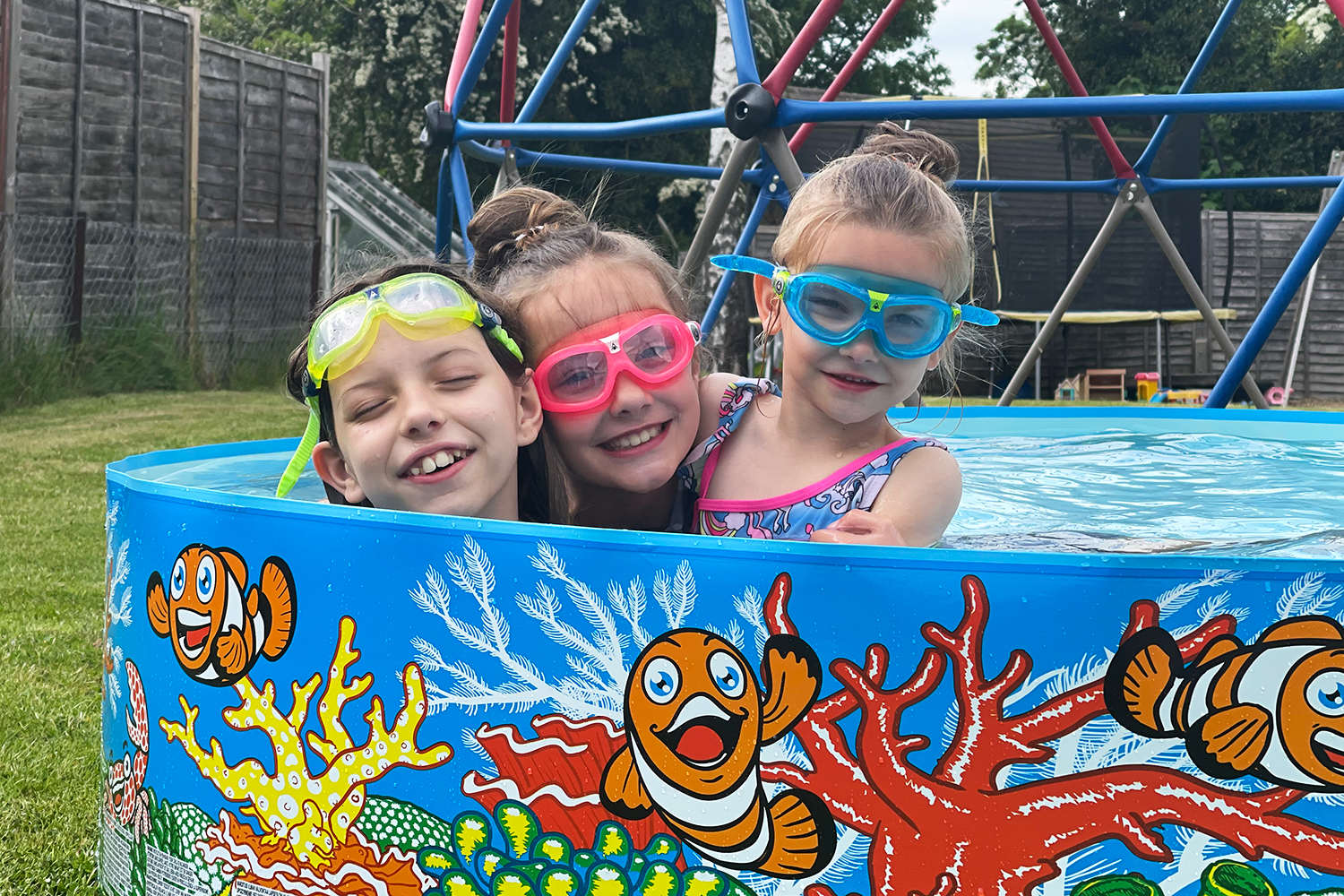