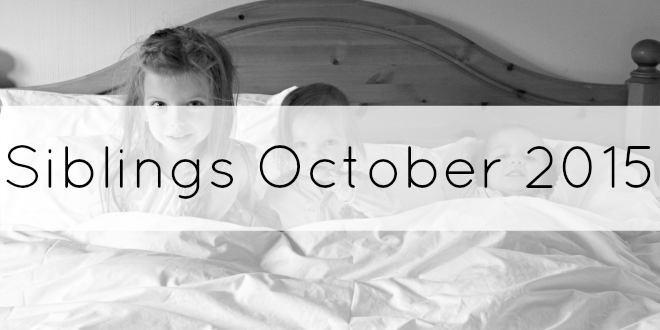 I always get asked about my experience as a young mum but I never quite know how to really answer. To me this is all I’ve known. I hadn’t even left school when I embarked on the hardest job of my life, being a mum. I hadn’t known what getting in at all hours from clubbing, I hadn’t experienced girly or couple holidays, I had no career goal because I didn’t even know what I wanted to be. Being a mum is the only way of adult life I’ve ever known.

Being a mother certainly hasn’t come naturally to me. I’m probably the least motherly person you’ll know that has children. I wouldn’t say I’m a bad mum, but I would probably do many things differently if I was given the chance. As the months and years past I learn something new about myself, about my girls and about being a family. This past month that’s gone by has seen some huge changes for us as a family. P1 is now in full swing of Year 2. She’s most certainly a person who needs structure and routine, being back at school has seen a pretty huge shift in her behaviour. Her outbursts are much less although when they do occur are pretty dramatic with bird like flapping and elephant stomping. We had parents evening the Monday just gone and she’s surprisingly doing quite well. She needs to practice her handwriting more and needs to really push herself and be pushed.

At home with her sisters she has adopted a very different role than she had before. She’s still very much a massive help to me but she’s also beginning, after nearly three years, to learn to share and play better. She’s still bossy but even that has reduced. I think she enjoys the company now that P2 is older and P3 is gradually becoming more able to play. P2 has had a month of being in nursery for two mornings a week. For the first three maybe four times she was devastated and balled her eyes out before we left her with the teacher. But now she happily goes in and there’s no tears shed. I think she quite likes it and has started to make some friends. I have been so worried that being at nursery would change her. I was right, it has. She’s even more defiant and even more cheeky but her personality is also shining so brightly. She’s a very intelligent little girl.

P2 really thrives at the big sister role with P3. She’s understanding and gentle with her and always has been. There’s a little more rough and tumble games happening as P3 becomes stronger but it’s never anything nasty. P2 does prefer to play up at the desk or on the sofa to keep her little sister from taking things but we are teaching her to share now. Her relationship with P1 has really changed lately. She adores her, as always, but has become more cuddly with her. Their games are two sided now and I think P2 really enjoys being with her. P3 has been having so much time without her sisters lately. She’s had the one weekend a month where it’s just her and then every Monday and Wednesday morning when P1 is at school and P2 at nursery. At first she was a nightmare, demanding attention and being rather emotional the entire time her sisters were away. This past week has seen her flip her switch and she’s now coping with the time alone rather well. On a Monday we spend our time together at home, doing housework (me not her) and generally just playing. On Wednesday I occupy her with a play group that my friend now runs which is lovely and is so much easier with just one.

P3 is always the centre of attention. Not intentionally but the other two really do love her. I love the way she sometimes sits and just watched her big sisters and taking in absolutely everything they do. At just a year old she is already throwing herself around in a temper tantrum, like her biggest sister, and ignoring requests to stop climbing on the sofa, P2! Life with P3 is definitely easier when they are all together and she thrives in their company. Being a family of five is busy and it’s noisy. There is always something to do whether thsts making a drink, tidying up toys, hoovering crumbs or going on the school run. I frequently feel completely exhausted and drained. I sometimes feel like a failure when our day is spent battling defiant children. But on an overall, the siblings I have created are becoming so much closer and easier to manage. Life is fun and it’s exciting. I learn new things about each of my daughters every day. They are the reason I breathe.