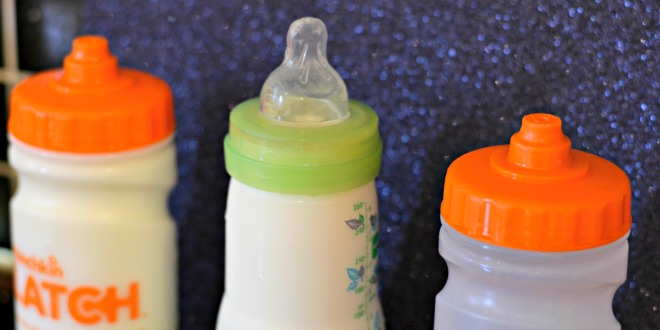 I gave this post a title and saved it to my drafts a few weeks ago and it has been left blank since. I’ve been a little scared to even think about physically writing the words down just in case I jinx things because quite frankly, it’s been known to happen with my blog. The topic I want to discuss is sleep and milk. Both things I go on and on and on about nearly continuously on here and in real life actually. The thing is, both of these seem to control my life and have done for over three years. P1 was never like it or at least I don’t remember those days that well and considering she slept through from ten months of age, the era of no sleep and night feeds were pretty short lived in comparison.

So here I am about to update you all on our current situation. When P2 turned three in February I had decided enough was enough especially as P3 generally slept better than her big sister. P2 used to wake on average three times a night for a top up of milk in her bedtime bottle. Not like a baby bottle, but it was still the principle of her using it as a comfort and waking us up in the process. Three times a night was completely draining when I had to get up another once or twice for P3 too. I was slowly and painfully losing my mind. I stopped giving in to the demands and instead offered her water which of course didn’t go down at all well but I did stay strong for the most part.

Gradually P2 has learned to resettle or at least learned to accept the fact I am not giving her milk. We have good nights and bad nights but generally she is sleeping through and the bad night will just be where she wakes once. So I feel like we are winning that battle at least. But the bigger issue for us was the P3 was following in her sisters boots and that scared the life out of me. I honestly don’t think my body and mind could cope with another two years of disturbed nights. P3, like P2, uses the bottle for comfort and she always has done. She never had a dummy and if she cries from tiredness or hurting herself, it is always a nice bottle of milk that will calm her down.

Thankfully though, since turning one she has settled into a routine where she wakes once or twice unless poorly or teething. I could cope with that although not the ideal situation. But then she had a tummy bug which was so bad she was throwing absolutely everything back up. She spent a day having just water in her bottle and for the first time ever she didn’t refuse it. Since then she has generally preferred to have water in her bottle and we have been able to use this as an advantage. At bedtime she will have one full bottle of milk and then one bottle of water next to her in bed. In the morning she will wake up and have a full bottle with her breakfast/until it’s gone and then if we are home she’ll have a milk for nap time but generally we are out and she is quite content with water to settle her to sleep.

For the past week, or so, I haven’t had to attend to her needs in the night but I have to admit that I’m not sure I’m feeling any better for it. In fact I wake up in a sleepy daze in the mornings with my body waiting to drift back to sleep like it usually does after getting up to the girls. It’s strange. I would have thought that by having more sleep that I would feel more energised and sane. I am definitely not complaining though. For the first time in three years I actually look forward to snuggling down to bed each night because I get to stay there until morning. Like I said at the start, I have probably jinxed us and I’ll be back next week with a woeful, sleep deprived post but for now I am documenting the first few weeks of having sleep in forty months!! Share
Previous My Relationship With Food
Next Siblings 2016 – June