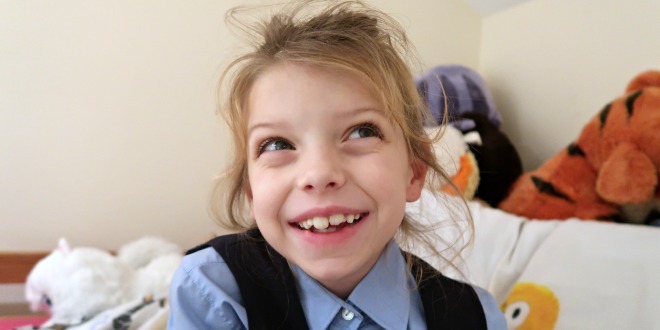 It feels like turning 8 years old has brought so many new things to P1s life already and it’s only been a few weeks. When she received an invitation to attend a sleepover party with one of her new Brownie friends, I had instant flash backs from my childhood.

I remember a couple of sleepovers when there was more than just me and my friend. It was so much fun but I actually used to get quite annoyed when my friends kept me awake until the early hours of the morning. How ridiculous is that!? I also felt very nervous about the sleepovers when I had to leave my mum. That invitation brought back all of those feelings of excitement and anxiousness for me.

The Brownie friend is a year older than P1. Making older friends was one of the main reasons we chose to start Brownies so the fact she’s had two play dates with this friend and now a sleepover party was really satisfying. P1 needs an older influence as she spends a lot of time being babied and with younger children. On the day of the sleepover I felt very anxious and a little bit sick. P1 is the child that messes around big time at bedtime and I think my nervousness was because of that. I was worried she’d play up with her little friends mum and that I would be phoned to go and collect her. It has happened before when she’s stayed at a family members house and we had to be phoned to tell her off as she just wasn’t going to bed.

At home it’s different. You deal with things differently. But I just didn’t want anybody else to have to deal with it too. I had voiced my concerns to her friends mum, who received them with such kindness and understanding. She really made that extra effort to put my mind at ease and when dropping P1 off, she was really inviting.

Throughout the evening I was sent photos and little updates. It turns out I had absolutely nothing to worry about. As the girls attending were all slightly older than P1, they ended up staying awake until 2am. This is expected from a mass sleepover but I’m thankful that she did actually sleep.

P1 came back super excited about sharing her sleepover experience. It was Harry Potter themed and they watched the second film. She’d not seen any of the Harry Potter films so I think she felt incredibly grown up. There was food, dancing and fun which P1 took part in. She was very emotional when she got home, due to tiredness, so ended up having some time out and then sitting with her iPad watching another Harry Potter film.

I’m so so thrilled she enjoyed herself and went on a really grown up sleepover party.