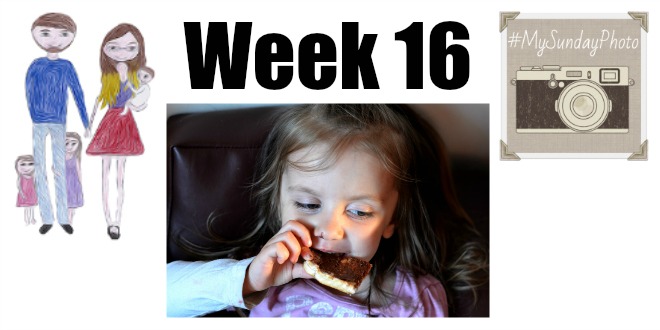 This weekend has been a bit of a wash out. It’s the first weekend that we’ve had a fully fixed and working car since the beginning of March. We had plans to go for the evening swim we’d agreed to do every two weeks but only ever managed to do it once because of the car. Saturday morning we’d agreed to go to the park with my MiL and BiL. They came over at 11am and within about half an hour P2 had flaked. She had a high temperature and was so sleepy. In fact she spent the whole afternoon dozing in and out of sleep and not eating.

It’s so horrible when this one is ill. She goes from being happy, chatty and bouncing around one minute to pretty much on deaths door the next. This happened yesterday. She was a little quieter than normal I suppose in the morning but the afternoon was just so awful for her. She was even sick once. She becomes all vulnerable and I really hate it. Thankfully it seems to have been a 24 hour thing as she has woken this morning much brighter. She has a slight upset tummy but she’s eating again. However, P1 has a cough and I don’t think we are at the end of a bout of sickness in our household. I just hope it clears in time for our little Cornwall break.