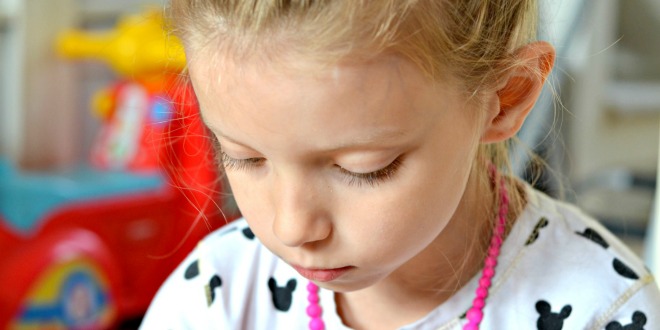 My days are consumed lately by my eldest daughter. I’ve been filling out forms for her referral for autism and generally her behaviour has been atrocious lately. It’s like she’s a stroppy teenager times one hundred already and it’s tiring. She wakes up moody and spends the day looking glum or angry, then goes to bed in a hyper state where she can’t calm down. Taking photos is nearly impossible, she has beautiful green-blue eyes but I rarely get the chance to capture them because she gets angry when I try or continuously moves. I captured this weeks My Sunday Photo yesterday whilst she was doing a craft activity. I personally think she’s very photogenic. Share
Previous Our New Bedtime Routine
Next Siblings 2016 – May