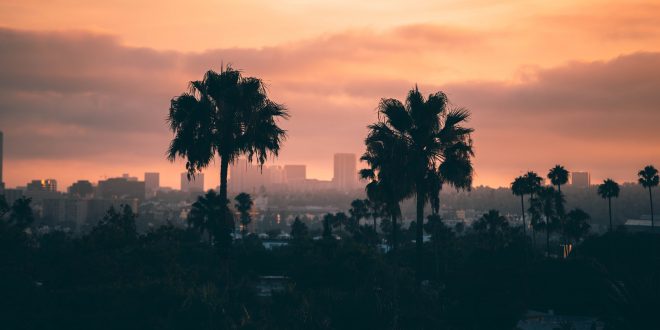 Los Angeles is an amazing part of California to visit and there are some incredible Luxury Retreats that you can stay in. However, when is the best time to visit Los Angeles? Well, this all depends on what you’re looking for.

If you’re looking for a lot of sun then the summer months are ideal. If you’re looking to enjoy LA when it’s quieter then the winter months could be for you. However, every month has a lot to offer so let’s take a closer look so you can make a more informed decision.

Between the months of March and May, you will find that there are fewer people around. You will also find that the weather is not quite as hot at this time of year. This is because temperatures range from the low to the mid 70’s. This means it’s much more comfortable in Los Angeles at this time of the year.

You’re also likely to find that accommodation is a little cheaper than in the summer months. The months of March and May play host to a few events that you don’t want to miss. These events include the Los Angeles Marathon which takes place in March. Book fans will love the Los Angeles Times Festival of Books which descends on the area in April. April is also the month for the Fiesta Broadway which has to been seen. Lastly, in May the Jazz Reggae Festival takes place and is ideal for anyone who loves music. The months of June through ‘til August is very much the peak tourist season. However, it’s also the time of year when there’s a lot of smog so you’ll have to be prepared for it. Hotel rates are usually quite high too so you might want to book in advance as prices might be a little lower.

If you are in town between June and August you can expect to have a lot of fun thanks to the festivals that take place. LA Pride and LA Film Festival both take place in June. July sees Outfest and the DTLA Film Festival. Lastly, in August the Nisei Week Japanese Festival takes place and is well worth visiting.

Autumn is a great time of the year for you to visit Los Angeles. This is when the crowds tend to disappear and the weather begins to cool. You should find the temperatures in the city are between the high 70’s and the low 80’s. This makes LA a much more pleasant place to be. Accommodation at this time of the year tends to be a little bit cheaper too.

There are some great events that take place in Los Angeles from the months of September to November. In September you can almost feel the glitz and glamour in the air as the Emmy Awards take place. LA County Fair and the Abbot Kinney Festival are events that you need to see this month. October brings with it the Dia de los Muertos Festival and November plays host to the Hollywood Christmas Parade which you absolutely have to check out if you’re in Los Angeles. The Parade will get you in the Christmas spirit like never before.

If you happen to be in Los Angeles between December and February, you might well find that there is a lot of rain to contend with. However, you should not let this put you off at all. This is because flights and accommodation are more likely to be cheaper than they are at any time of the year. Temperatures tend to be in the high 60’s which is much warmer than many other parts of the country at this time of year.

If you do feel like braving the cooler weather, then you’ll be rewarded with some amazing events.

In January, the LA Art Show takes place and showcases some amazing talent. This month is also when the Golden Globe Awards take place. If you want a bit of glitz and glamour in your life you definitely have to head to LA in January. If you’re in the city of Los Angeles in February be prepared to be impressed by the Chinese New Year and Golden Dragon Parade. If you’ve not yet had your fill of festivals you’ll no doubt enjoy the Grammy Awards and the Academy Awards.

As you can see, Los Angeles is a great place to visit every month of the year. If you want to avoid the crowds and the very hot summer sun (and humidity) the months of March through ‘til May might be the best for you. In addition to these months, you might find the months of September through ‘til November are ideal. The temperatures are also lower at this time of the year. If you do not mind the heat or the humidity then you will find that the summer months are ideal for you.

Make sure you are prepared for crowds both during the summer months and when there are events taking place. The city does tend to get quite busy but it’s easy to see why. Los Angeles has something to offer everyone no matter when you visit so you’re almost guaranteed to have a great time. Book your vacation as soon as you can as there are great times ahead for you.