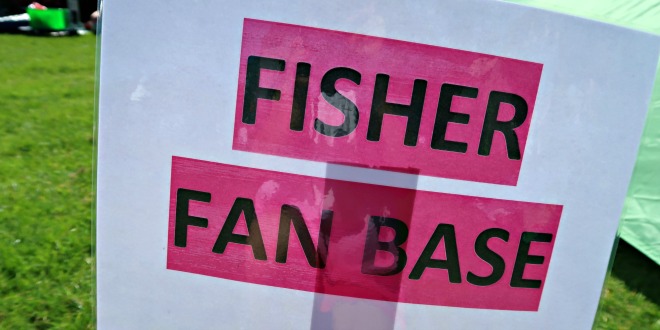 The Camping Trip That Changed My Life

I have been meaning to get this blog post written since August but life has got in the way in a really good way. This little camping trip changed my life so here I am documenting it finally!

My faith or religion depending on what you want to describe it as, isn’t something I’ve openly talked about on my blog. I have been more open about it on my social media accounts recently though. I have a blog post all about the background of my journey in faith which is so much more detailed, but basically… I am a Christian and I believe in God. It’s not been an easy journey for me but right now I feel like I’m following the right path.

So onto the trip. I have been attending Hope Church for about 18 months now. Earlier this year there was talks about a weekend camping trip called Ashburnham. I initially made the decision to not even bother asking Hubby if we could go because he is not a Christian and about six years ago we attended a similar camping trip called New Wine, and he really didn’t enjoy it.

But as the weeks drew nearer to the last date to book this trip, it started to play on my mind. I have always struggled with social situations and specifically at church, I turn up for the service then leave promptly after. I felt like I didn’t know many people and didn’t have firm connections there. The thought of going to Ashburnham terrified me but something kept drawing me to want to go.

So I eventually asked Hubby if I could go alone with the girls. His answer was “of course you can, it’s completely up to you”. For about a week I kept trying to persuade myself to book the tickets, then persuading myself to not bother and that it was a silly idea to go camping alone with two children (Freya had said she wasn’t interested in going).

On the night of the deadline, I booked our tickets to attend Ashburnham. I felt sick with worry but also really excited. It’s hard to explain my anxiety and how it tries its absolute best to control my life. It usually wins. We borrowed a tent from my mother-in-law and packed up our belongings for a three night camping trip. Just us girlies. Freya headed off with my Mum to enjoy a weekend by herself with her Grandparents.

Ashburnham Place is in Battle, Sussex. It’s a beautiful English Country House that is used for Christian conferences and as a prayer centre. We arrived to see lots of clearly very experienced campers setting up their tents. As always we arrived early.

My church is part of New Ground and Ashburnham is a chance for many of the churches to come together. New Ground churches are spread across the Nations of Europe. The camping site was organised into the different churches and we had our own little bases as such.

Hubby helped put up our tent then left us to it for the weekend. I was excited to get away for the weekend with Eva and Elsa, but also terribly nervous about the social aspect of camping with our church. People I didn’t really know. I spent a lot of the first few hours hiding away in my tent. It sounds pathetic but I just couldn’t bring myself to go and speak to everyone. Eventually I gathered Eva and Elsa up for a little walk around the Ashburnham Place grounds. Like I said it’s a beautiful country home with a kitchen garden, prayer garden and a beautiful lake.

It was a really hot weekend, probably too hot for camping and being out in the open all day long. They had an ice cream van on site so we made good use of that on Friday afternoon. A little treat that we wouldn’t usually do.

I have added in a photo of the programme from the weekend to show you the sort of things that was going on. The evening worship was running at what would usually be bedtime. The girls were quite irritable but I popped them in the pjs and headed down any way. I hoped the music would wake them up. Sadly we left just after the music worship finished and I missed the actual service with Dave Holden, who is the leader of the New Ground churches.

I ended up going straight to bed that evening as I was still too nervous to interact with the church group. Who stayed up in the communal Hub until about 11pm. The girls eventually fell asleep at about 9pm I think and slept really well with me in the middle.

Saturday morning was the first full day. They had children’s groups running during the morning worship. Eva and Elsa were in separate groups which I was a little worried about but they both had such a brilliant time. Of course there was a theme to the children’s groups and they were able to do crafts and activities.

During the Saturday morning we had a talk from Terry Virgo (he’s the main man in our church history etc so it was quite a big deal). At one point towards the end he asked if anyone wanted to receive Jesus into their life then to come forward. I felt like I already had previously but something in my mind kept saying “go forward Jodie”.

Right at the last moment, I stepped forward and found one of our church elders to pray for me. There was also a lady whom I will probably never meet again. Both of them lay their hands over me and began to pray. It was a really odd feeling because I had no idea what they were saying. Both of them were speaking in tongues, for some this is believed to be a gift from God.

After a few moments I began to feel this warm, overwhelming sensation. All I wanted to do was cry. It also felt like a huge weight was being lifted as these two people continued to pray. They both paused for a second and asked how I was feeling. At which point I balled my eyes out and couldn’t stop. Honestly, it was the most surreal feeling and experience.

I did have to rush off after the prayer because I needed to collect the girls for a certain time from their club. The entire walk to get them I was crying. I just couldn’t stop. I felt happy, settled and just different. I joined our church for lunch in the communal Hub. I started to speak to people more. In a weird way I wanted to shout all about my morning experience.

As I had the girls by myself, I couldn’t attend many of the sessions during the afternoon. One of our elders has children in both Eva and Elsa’s class at school so I asked his wife if she could watch the girls whilst I attend the Alpha Express session.

It was an intimate session inside the cool building, a great relief from the outside heat. It was a great chance to ask questions about Christianity and not feel like I was being judged. I really enjoyed it.

That evening I found myself spending a little longer in the worship tent with the girls who seemed much happier to be there. I also put the girls to sleep and joined the rest of my church in the communal Hub for socialising, snacks and drinks. I felt like I connected with a few people and started to make some friendships. Sunday was much the same, with worship and children’s groups in the morning and the Alpha Express session in the afternoon.

I loved hearing the girls talk about things they had learnt. They also began to make their own friendships and I honestly hardly saw them as they ran off into the wooded areas and were literally wild children. Being completely free.

The entire weekend I hardly checked my phone but I did receive updates from Freya who had been taken to London for a Manga Exhibition.

I treated the girls to some delicious crepes on our last day. They were Nutella, really chocolatey and the perfect treat. The Hub had supplied some really delicious meals but Elsa hadn’t eaten much all weekend as she is really fussy. These crepes were just what she needed to bring her mood back from hangry to happy.

After the evening worship, I put Elsa to bed in the tent and asked a church friend to keep an ear out for her whilst I took Eva down to the lake to watch the special bonfire.

I loved spending just a snippet of alone time with her. It was really special and the nicest way to end a truly life changing weekend. As you can see, the girls were exhausted when it came for pickup on Monday. They had spent the entire weekend learning about their own faith, making new friends, climbing trees and eating ice cream!

I came away ready to implement things I learned, wanting to read the bible more and to be involved in church. I definitely feel like I am more connected to my faith and myself. I pushed my own anxiety boundaries too and its taught me that I can achieve the things I’m terrified of doing. I would really love it if you could take the time to watch my video from the weekend, it’s a lot of me in my tent as I didn’t quite combat the fear of filming in front of people. It gives a much better idea of what we got up to. I hope you enjoy!