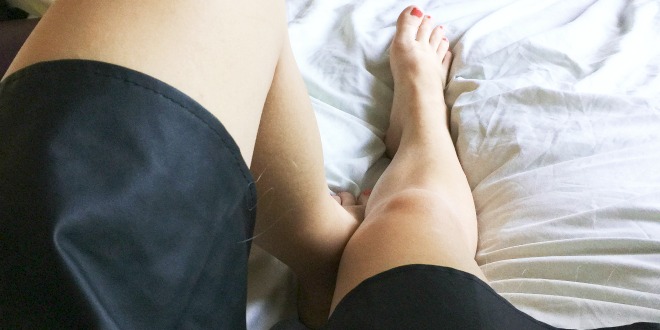 The Contraceptive Mirena Coil 7 Months On

Before I had the Mirena Coil I had asked about having my womb or tubes removed to prevent periods and pregnancy where I was pretty much laughed at. Even hubby thought I was being completely ridiculous. I was so reluctant to get the Mirena Coil, I’d had an awful experience with the Implant where I bled for 6 months straight and the idea of having something lodged inside me was scary.

My options were small though because with hormone contraceptives like the Pill, I experience awful and more regular migraines which imitate a stroke. So after lots of talks, research online and hearing other people’s experiences I settled for the Mirena Coil.

The first nearly two months were awful. I bled continuously apart from three days. I went to speak to the doctor and insisted that something had to be done to stop this and that I was completely serious about having a hysterectomy at just 22 years old.

I was basically in tears saying that I know 100% I will not be having any more babies not only because I hate being pregnant but because I have three amazing daughters and no want for any boys or four children at all. The doctor finally agreed that if by 6 months I was still bleeding then she would refer me for a hysterectomy.

I have now had the coil for 7 months. To be honest I’m still not sure if it’s a good or bad thing but things have settled. For the past two periods they have literally just been spotting for about a week. Compared to my usual periods where I’d have to change a Super Plus Tampon every hour with extreme cramping that made me feel ill, this is a huge improvement.

I am 100% glad that I waited though, I’m glad that I saw out the awful months of a constant period, mood swings and halt on our sex life as recommended. To not have a full on period is quite refreshing. Also, to know that I don’t have to worry for another 5 years is fantastic too and makes things so much easier! Share
Previous 5 Things Made Easier With A Babymoov Up & Go Booster
Next “Separation anxiety has consumed P2!”