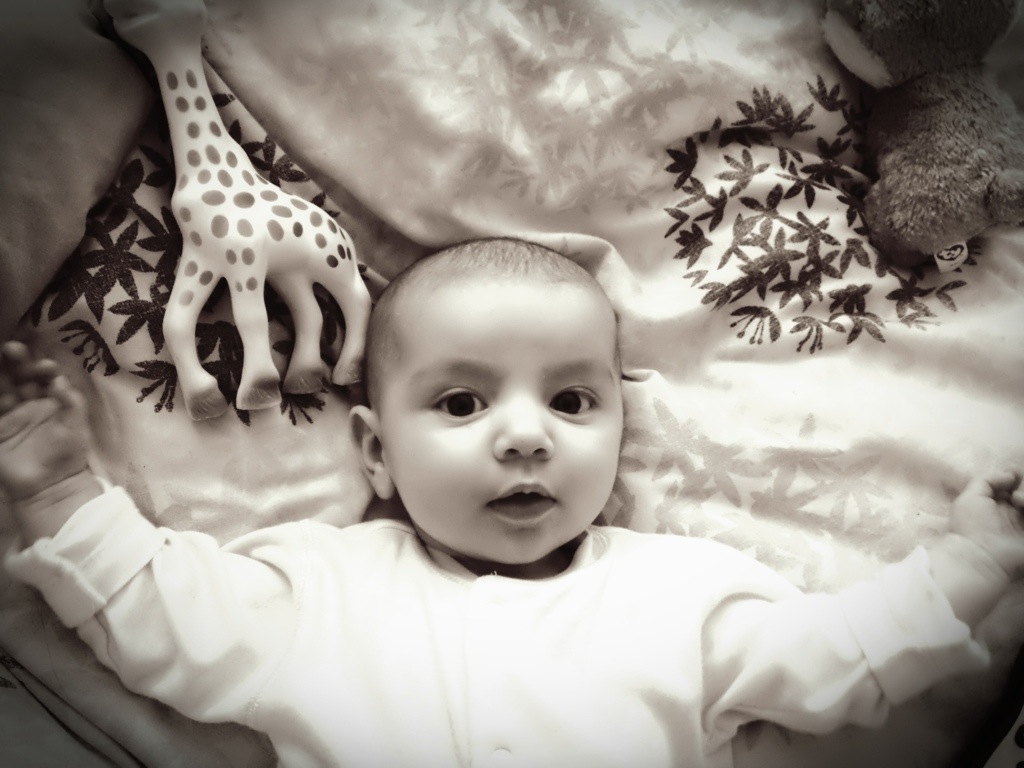 The Day From Hell … Is It Over Yet? Don’t let that cute little face fool you. P2 has officially been a nightmare! A loveable nightmare but a nightmare all the same.

The past few days have been a struggle with her. I’ve got to reform some sort of routine because she’s completely changed the way she runs things.

Her night time has changed from 10pm to sometimes earlier and most often later. She’s waking more than once a night which is completely unusual. She barely sleeps during the day literally a total of 2hours. And she’s becoming harder to please, she just wants to be sitting up and watching the day go by but she isn’t supported enough in her bumbo.

Today, P2 has been so unsettled unless I’m topless laying next to her, or giving her all of my attention. I can’t even go for a wee without her screaming the place down! Don’t get me wrong, I’d love a whole day in bed with her if that’s what she wants. But I’m terrified I’ll start off some routine that just isn’t practical for our family.

I’ve tried putting her in the bouncer today, on the playmat, sitting up in my arms, walking several times around the house, playing with toys, talking and pulling faces at her but she’s only satisfied for about 5minutes. She’s even been reluctant to have boobie when she’s upset!! I don’t know if she’s maybe teething?! Everything’s attempting to go in her mouth. She’s had two days running of dirty nappies (usually she goes every other day).

Right now I’m in the bath. P2 is finally asleep after a good 10minutes of crying. I just need a little chill time.

I do hope P1 and my OH are in good spirits when they arrive home or I may throw my own tantrum. Bring on the evening!! You can purchase my eBook here: Becoming A Young Mum

Share
Previous Makeup On Children
Next Where Are You? Why Aren’t You?