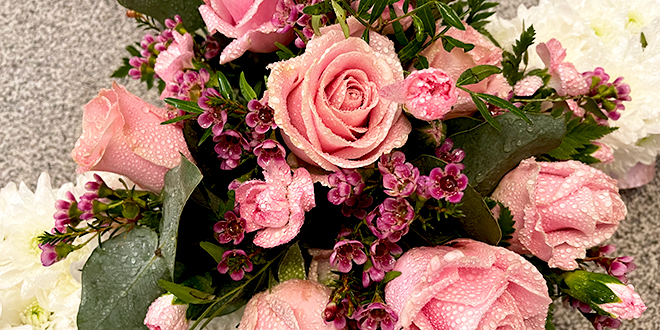 I realised I hadn’t had the chance to sit and write about my Mum’s funeral. Life has been about focusing on surviving each day as they come. The one person who always encouraged my writing was my beautiful Mum, and so I felt like I needed to stop for a moment to share these photos and the experiences we went through.

Funeral plans start the moment your relative dies. You have to appoint a funeral director to pick up the body from the hospital. I feel quite grateful to my Step-Dad, with the help of my Grandad, who organised all of the details because I wouldn’t have a clue where to begin.

Due to the pandemic, what would usually be a face to face meeting to discuss funeral arrangements, everything was done over the phone or on a Zoom call. The funeral director we chose was local to my Mum’s house and they had been the ones to do my Nan’s funeral back in 2013. That felt sort of special in a way. 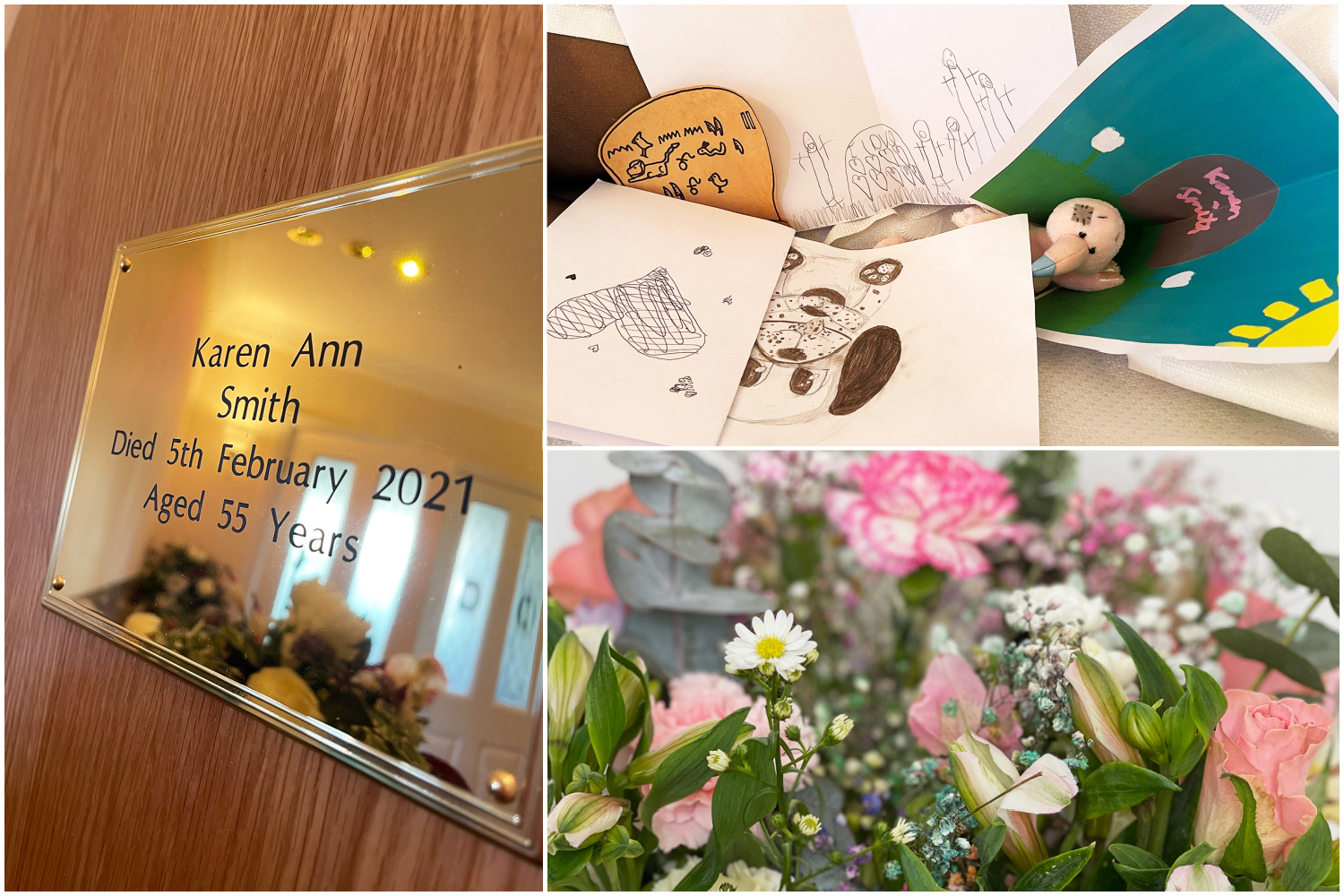 We discussed whether our daughters would attend the funeral. Making the decision that the younger two definitely wouldn’t even if they wanted to, but we would allow our eldest daughter, Freya, to make that decision on her own. We obviously made her well aware it would be an emotional experience. Freya decided she would like to attend the funeral and was very grown-up about it.

Despite COVID causing many restrictions, we had the opportunity to visit Mum when she was in the chapel of rest. Originally I had decided not to see my Mum. I was there holding her hand whilst she took her last breath when she looked relatively normal and peaceful. I didn’t particularly want to have a memory of her laying in a coffin.

Freya asked to see Nanny in the chapel of rest. At first, I wasn’t sure that would be the right thing to do for a twelve-year-old. Then it occurred to me that being autistic, Freya may need closure in a different sort of way than just being told Nanny has died. We booked a date to visit and I made the horrible decision to go with her.

It was important that I was there. Freya and my Mum had an incredibly close bond. At times I think my Mum knew Freya better than I did, and losing her for Freya would be like losing a parent. So we went to the chapel of rest to visit Mum together. It was certainly an experience we will never forget, those memories and visions will haunt me forever.

We lay the gifts we wanted to go with her to be cremated at the bottom of the coffin. We held each other’s hands as we were not allowed to touch my Mum. The smell in that chapel was such a distinctive smell. Mum didn’t look like Mum. Freya’s words whilst we were in there give me the perfect way of describing our visit without being too morbid. She said:

Our human bodies are like costumes that we wear on Earth, then we take them off to go to Heaven. That isn’t Nanny there, she’s already in Heaven!

It was a weird moment being in there with Mum. I think we both felt a little lost and leaned on each other for comfort. We stood in silence, we cried and we even joked about how Nanny would feel with the make-up the funeral directors had done.

Eventually, we retreated from the chapel of rest. Wiped our tears (after hand sanitising of course) and headed to meet with the rest of our family in the park. It’s a weird feeling walking through a town after seeing your Mum’s dead body. How can life go on? How can all of these people not know that you are broken inside? 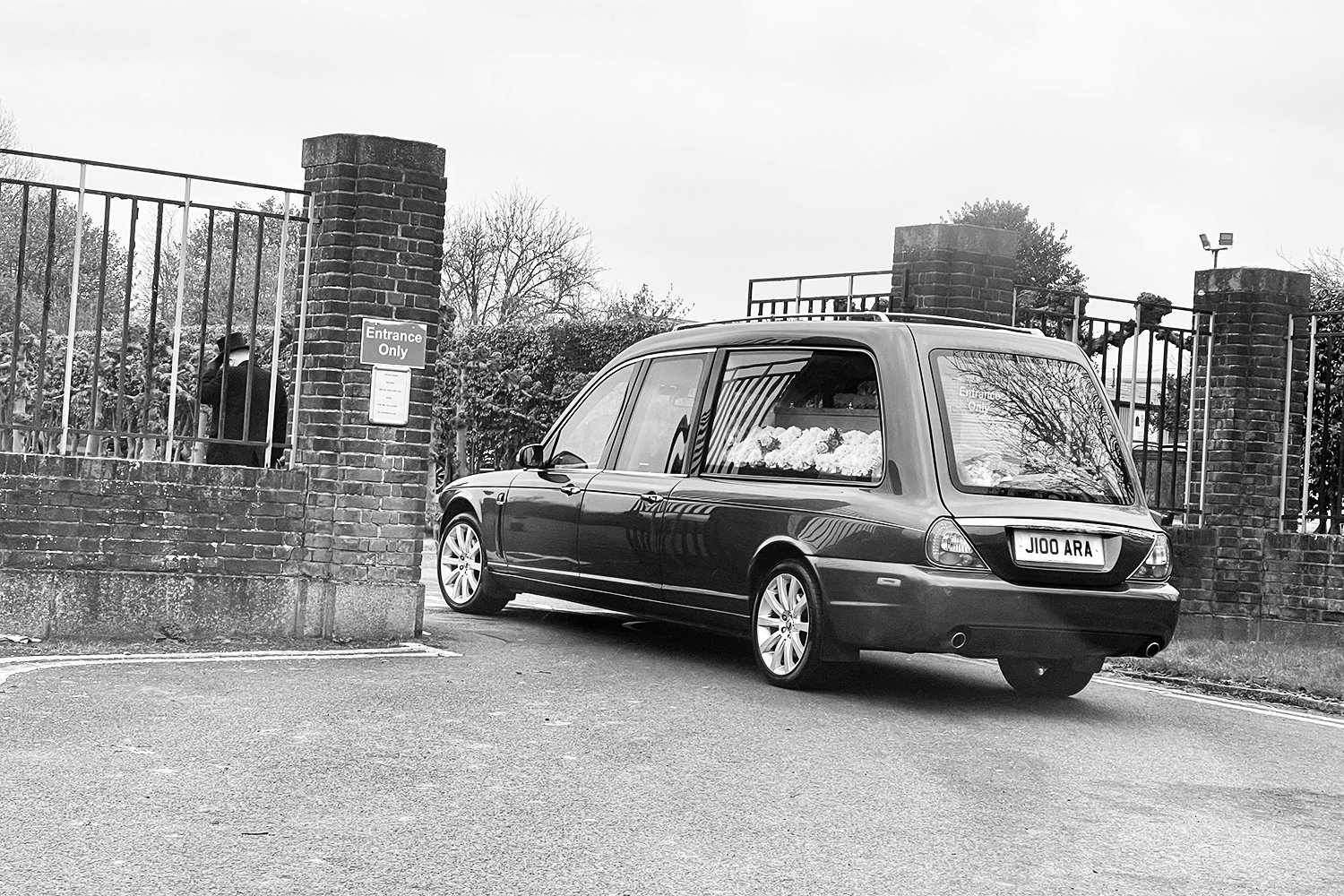 Just like I did for my Nan, I wanted to read a letter to my Mum for her funeral. It was different this time though, I found it so tough to find the right words. I kept putting it off. It felt like there just wasn’t enough words to express how I was feeling and there wasn’t enough time to talk about everything we will miss. I’ve popped the audio from my letter reading here for you to listen to.

The funeral wasn’t how it should have been in so many ways. Mainly the earliness of her death of course. We could have had up to 30 people attend but decided to opt for the smaller crematorium so that we could limit the guests to just close family. Realistically my Mum’s funeral would have been jam-packed with people she knew and loved. It felt wrong to be there with just ten people!

Funeral’s during COVID are strange. It felt lonely in there, the chairs were all socially distanced and I couldn’t even reach Freya to hold her hand. Everyone crying in their own little space. I desperately wanted to hold Freya, hold Hubby, throw my arms around my eighty-nine-year-old Grandad who was saying goodbye to his daughter.

We were able to live stream the funeral for those who couldn’t attend. It was nice knowing that people could watch from the comforts of their homes. My inbox was flooded with supportive messages, we all celebrated and grieved together from different areas of the world.

I remember looking over to Freya and seeing the tears rolling down her face. This was when she watched her Grandad speak about her Nanny and cry himself. I don’t think she’d ever seen him cry. At that moment, I took a deep breath and wiped away my own tears. I knew I needed to be strong for Freya, for all my family. 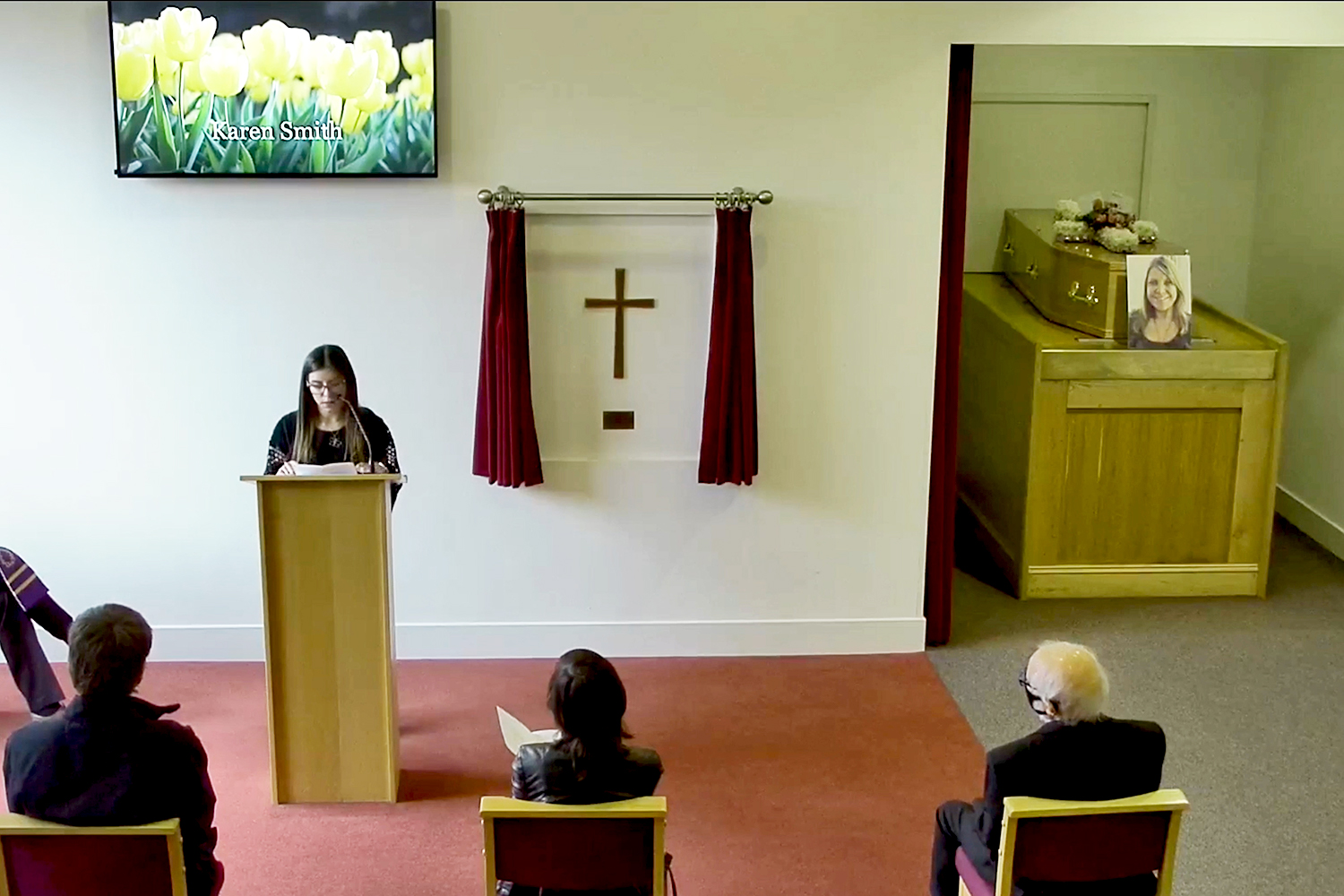 I took Freya’s hand as we walked out of the chapel. She broke down in tears and I just held her for a moment. Grief is the price you pay for love. For loving someone so special. My Mum’s funeral was perfect. Is that weird to call a funeral perfect? It was special, it was intimate, it was hopefully how she’d have wanted it.

After the service, we were able to wander around the back of the crematorium and look at Mum’s flowers. As part of the COVID restrictions, we were not allowed to have many flowers. They couldn’t be donated anywhere either so instead, we distributed them between us to enjoy at home.

We all had such strength that day. It may not have felt like it, but we did. Mum gave us that strength. I am so very blessed to have her as my Mum, albeit for such a short amount of earthly time. Those she spoke to once, a million times, met only online or saw regularly in real life, everyone had been touched by her love, selflessness and generosity.

It seems quite surreal that she has been gone for over three months now. Fifteen weeks! We definitely all take each day as they come right now, not really planning much in advance and not knowing what emotions will appear the next day. It’s been the toughest journey and one I never thought I’d have to embark on so early in life.

Her death has been a great loss but we will cherish and remember her joy forever!