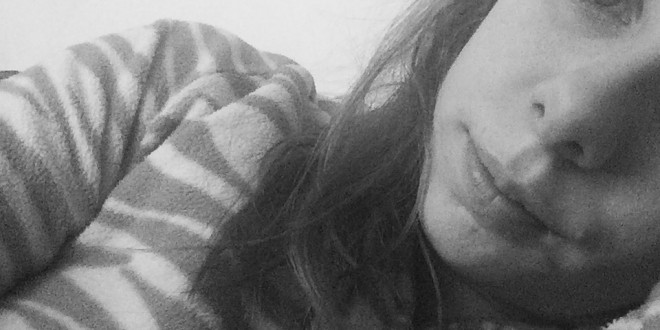 Although I’m posting this today, Tuesday, I’m actually writing it yesterday. Confusing but I wanted to publish this yesterday but the video which is hopefully now below took literally all day to load to my computer. Blooming technology.

As I’m writing this there’s a faint sound of snoring, I can hear Hubby downstairs watching YouTube videos and I’m sinking into my bed. The weather is depressing at the moment, cold weather really does not agree with me for so many reasons and the main one is most likely the fact I don’t own warm clothing. I have survived today. A day after what was probably the worst night of sleep I have ever had. It wasn’t even sleep I don’t think. If you’re a long term reader you will know that it has been a very long time since I’ve had a full, uninterrupted night of sleep. Nearly three years actually. But last night really took the biscuit.

It’s P2. I know you’d think it would be my youngest causing all the fuss, and she is in her own little way, but last night the tiara was given to P2 for the best disturber of sleep in history. I think I counted to five times before it got all too much then I was just keeping my eye on the time instead. I was seeing every hour twice. Each time she was asking for milk. If I said no, she cried, so I gave it to her, for her then to wake 20 minutes later as I dozed back off to sleep.

Then at some point around 3am I had P3 join us in bed. That’s her problem at the moment. She’s not spending a full night in her cot anymore. To top it all off at around 4am, after dozing off from P2 waking yet again, I woke to find a dark hairy figure standing silently by my bed. P1. Who never wakes. Saying she had a bad dream. I seriously thought this was some sort of sick joke and I’d wake up from the nightmare. But nope. The alarm woke at 7:15am. I don’t think I have fully been in reality today. Walking about in a bit of a daze, I say walking but the reality is I’ve been in my onesie all day sitting on the sofa. I have one really important job in the world and that’s to be the best mum I can be for my daughters. To be their role models. Their inspiration. I have to teach them how to be empowering women. How am I meant to do that when I’m slurring my words and falling asleep half way through the day from complete exhaustion?!

I genuinely believed my body had just got used to the disruption at night time. That I was surviving. But today was not a day of survival. It was a day of torture, guilty and sadness. I don’t know why I can’t get her to sleep when she supposedly sleeps so well when she stays away with my Mum. I don’t know why she wears knickers there and not here at night. Why she demands milk here but not there. I just don’t know. I can semi accept P3 waking, although that is nearing its expiry date of allowance, but P2 is nearly 3 years old.

Of course Dr Google has been my best friend throughout but nothing helps. I’d love to hear others tried and tested methods of sleep? Please!!!
Share
Previous SMA® Nutrition “Come & Wean With Us™” & Competition
Next Celebrating The New Year On Holiday