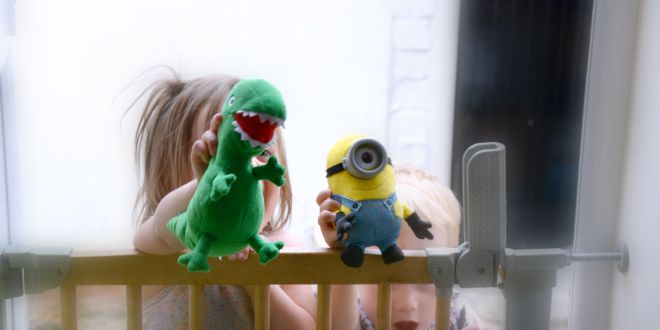 “The six week holidays will help to boost my personal blogging”

Just before the summer holidays started there was plenty of talk in the blogging community of fellow bloggers going on a break over the school holidays. I sat there knowing that I most definitely wouldn’t be having a break from blogging ever.

We are now in the middle of the second week of the school holidays and I’m already finding it a struggle to fit in blogging and family life. It’s not that I don’t love my blog but more that I’m so exhausted by the end of our pretty busy days that I just want to sit and watch the soaps with a bowl of icecream.

Since coming back from BritMums Live back in June, I really wanted to blog more about personal things because ultimately that is what I’m blogging for but we’ve had some great opportunities lately that I’ve sort of become, happily, drowned in blog work. But at the same time I’ve lost my words to write down our daily lives so I thought I’d give a little catch up on what and where our lives are right now by actually sitting and focusing on that part.

Our first week of the holidays has been quite relaxed. I always like to spend the first week of the six week holiday getting into a new routine. It is also a week where all hell seems to break loose as we adjust to each other again. We only ventured out once or twice a day. It started with my hospital appointment where it’s been agreed I’ll have surgery, don’t worry it’s nothing serious. P1 had a Princess Pamper Party to attend and then we spent most of the week in Gymboree, the park and spending time with friends. This week has started off smoother as expected. Probably because P1 and P2 went off to have their monthly sleepover with their Grandparents in Essex. I always plan to do work and relax when there’s just one of them but P3 makes up for it and it’s just like having all three at once still. I nipped to Tesco with hubby in the morning and then popped by to the community picnic with two of my friends, the sun was shining and it was beautiful. My friend R had organised a picnic with an added surprise at the local National Trust. The surprise turned out to be a photoshoot for us all, the setting was absolutely amazing and has inspired me to go out more to places like these with my camera and capture more memories.

Today we had my friend round from Essex. She’s one of those friends that you could and do go months without seeing but can click straight back when you do see them next. The last time I saw her was at my wedding, nearly two years ago, and it was the first time they had visited our new home in Kent. I made a lasagne using a Dolmio Lasagne kit in the morning ready to be cooked in the afternoon. It was delicious, nearly as good as a restaurant cooked lasagne I was quite proud! P2 was 6 months when she last saw my friends son. So much has changed. P2 is exactly a month older than A and it’s so interesting to see the differences between children. I had a lovely day catching up and my friend had even donated some of her old clothes to me which I’ve tried on and I love them.

Having my friend over opened my eyes up to my lack of domestication. She is obsessive over cleaning and tidying which I’ve known for a while but when she got up and washed her tea mug up and then all the dinner dishes I was so shocked. It just sort of came naturally to her and that’s what I want to be like, maybe not quite so obsessive but I have taken aboard some tips. Tonight, I folded the washing hubby got out from the washing machine and folded it then and there which isn’t something that ever happens. I’ve also washed up everything after using it including baby bottles. It’s actually quite therapeutic to sit and blog where I’m not surrounded by mess.

I’m hoping the the six week holidays will help to boost my personal blogging mojo a bit more. So definitely watch this space.