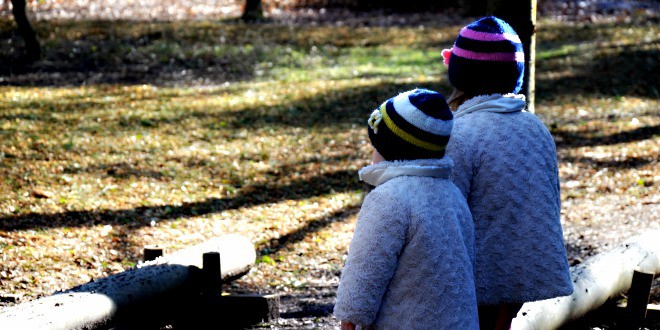 The Traumas of February Half Term 2015

I’m asking you to think about the absolute worse tantrum you’ve ever experienced with your child or relative. Times that moment by about 10 and you’ll have a clear image of my daughters.

I look at these photos of them that I captured the other day and wonder how such beautiful little creatures can be the devil monsters that they so frequently are, and yes I’m including P3 under this statement. I’m wondering if it’s the excitements of half term in different ways.

Let’s start with P1 seeing as she’s the eldest. I was determined to make this half term one to remember as our school holidays have always been pretty lame. I think we’ve done too much because P1 had some sort of mental breakdown on Tuesday afternoon. I don’t think I can even describe it in words to be honest but it was horrific. She was throwing herself about, shouting, screaming, crying and being so rude. Hubby and I were lost for words or ways to deal with it and by the end of the day we were glad she was in bed – even that was without trauma. Monday, she was so well behaved and completely inseparable from P2. Since Tuesday things haven’t improved. We’ve always had the view that if she’s naughty she won’t get treated to days out etc but we couldn’t stay indoors any longer with all three so we’ve continued to go out and do things as a family. It’s been thrown back in our faces with naughty behaviour and rudeness.

Then there’s P2. Half term means a change in routine. We’re going out a lot which is unusual for her and she’s also got her big sister all day. At the beginning of the half term she was so excited and played very well with P1 but as the week has progressed they’re arguing more. P2 is being bossy, smacking her sister and getting very emotional over little things. She’s been screaming at bedtime and crying for no apparent reason in the mornings before/during breakfast.

P3 hasn’t been as bad. She’s not 100% well to start with and I’ve been trying to entertain the demands of the other two so she’s lost a lot of the attention she usually receives. She’s not gone for naps as easy or at bedtime she’ll suddenly be awake. The change of routines is certainly messing with her.

Other than waking up as and when in the morning, staying in bed an extra ten minutes or so, and going out more than usual, we haven’t actually changed how we parent. It’s crazy how something so trivial like a school holiday can completely blow our family into pieces. Hubby and I count down the minutes to bedtime by about 5pm and I can’t believe I’m actually looking forward to P1 being back at school.