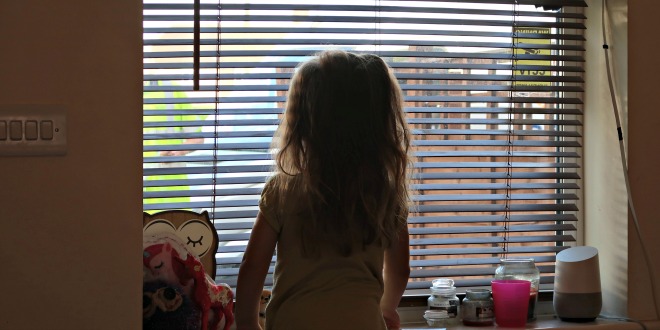 There’s A Gas Leak In Our House

The weather has been pretty rubbish lately which is just typical seeing as it’s the school holidays. On Sunday the sun actually made an appearance for a little while and so we headed to a lovely country pub we have found recently. It has bouncy castles, delicious food and two gorgeous golden retrievers. We always have such a brilliant time there and it’s a typical country pub. We spent a good few hours there having some lunch and the girls made friends with some older girls who really took them under their wings. Our afternoon was so incredibly chilled out and felt just right. By the evening Hubby had said he was feeling a little dizzy and strange. I remembered that my MiL had said she’d smelt gas a few days before and mentioned it to Hubby. The thing is I smelt something a while ago but had put it down to Hubby spilling oil on our doormat. The smell sort of came and went from then on and was never a consistent. But with somebody else saying they smelt something we thought we better get it checked. Realistically we should have phoned earlier in the day. We made the call at nearly 10pm and were told it could take two hours and we were both pretty tired with an early start ahead of us. Thankfully a gas engineer from SGN arrived just half an hour later. He was really professional and so friendly, he took he gas detector probe around the outside of our house. He couldn’t find a reading which was reassuring. Then he headed over to where the water company had been doing road works to fix a leak and he found a slight reading of gas. He then checked inside our house where we had first smelt the gas smell. There was a reading.

Weirdly I didn’t expect it to have a reading. I thought we were going insane or something. But it was clear we had gas leaking in to our house. The gas engineer laughed and said his wife won’t be happy as he would have to get a team to come and find the leak. At that time of the night the team could take a while to arrive. The gas leak wasn’t a high enough reading for us to be evacuated so we didn’t have too much concern. However, it would mean that the gas engineers would have to come in to the house every half an hour until the gas reading goes back down to below 5%.

The new team of gas engineers (about three of them) arrived in several vans at about 11:30pm ish. They got to work with metal detectors to find the gas pipes. They then began to mark out the paths and our driveway and used big sharp poles to bash little holes. They used the holes to get gas readings to pin point the gas leak. It was quite high along the pathway compared to nearer our house thankfully which indicated it being a main pipe line and not one that goes into our home. They kept us updated the entire time.

It turned out that they would be digging holes and fixing the gas leak during the night. I quickly sent some messages to our neighbours and apologised for the disruption. We had to give a door key to the gas engineer so that he could come into the home every half an hour during the night to check our gas readings. The digging commenced at about 1am in the morning and thankfully didn’t disturb the girls at all. It was the weirdest feeling to leave a key with a stranger and let that stranger come into our house whilst we all slept upstairs in bed. I actually didn’t hear the gas engineer at all during the night until about 5am. I’d had about four hours sleep. I stayed resting until about 6 then got up with Hubby to get ready for our day. We soon realised our gas had been turned off (obviously) and so I hopped outside to ask the gas engineer if it was safe to turn it back on so we could both have quick showers. Thankfully it was.

We received an update at that point too. The gas engineers had managed to locate the leak which was apparently quite bad along the main pipe. It was fixed but they explained that because we have a brick driveway the gas would have been trapped in the ground and unable to seep out, whereas our neighbours have gravel or grass so it would have just gone straight into the air. They wanted to keep our house shut up for the time being to see if the gas that had been leaking would naturally vent out and they had to do readings until they got three consecutive readings below 5% or less obviously.

The team swapped over after we’d had our showers and once again, they were all so friendly and professional. Every single time they entered our house for gas testing, they gave us an update and kept us completely informed. What was clear was that we were in for a long day. There was even talk of them swapping the team again later ready for another night. By about 8am I had felt like I’d been awake for ages and should have been midday. I was worried that we may have to stay somewhere else to get away from the gas leak but we were told that the levels were not high enough to be evacuated. We had men coming and going. We had to leave them with keys so we could head for horse riding and it all felt totally stressful. I began to feel a bit ill with a headache, and naturally panicked it could be to do with the gas. I even phoned our doctor to explain our situation and it was definitely reassured. The gas team had to dig a hole in our driveway to help ventilate the gas from under our flooring. The issue we had is that we have concrete flooring which on one hand, protected us from the gas leak but also prevented it from being able to escape quickly too.

The SGN crew left our home at about 3pm that day. Eventually the gas had got to zero and they could leave us in peace. It was such a long day and night but I will be forever grateful that the SGN engineers were so swift at sorting it all out, being reassuring, kind and respectful. It did worry me and I felt scared at how easily things can go undetected. I have a new found appreciation for life if I’m honest.