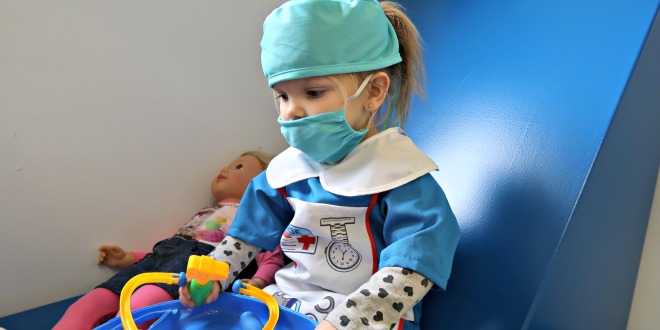 A Trip To Little Street Maidstone

I am always on the hunt for new ways to entertain the kids outside of our own home. When we received an invite to head along to the blogger preview of Little Street in Maidstone, I was pretty excited. I honestly had no idea what it was going to be like except the advertised “kid sized town” which instantly made me think of KidZania.

We headed there with just P3 in tow. It’s about a half hour drive from where we live. I was quite looking forward to only having one child to look after and with it being a new environment to explore this really put my mind at ease. Little Street Maidstone is located just off the High Street in the Royal Star Arcade. There is no parking for Little Street specifically which we found out as we arrived and had to quickly Google Maps the nearest one. Fremlin Walk car park is not far at all. As we entered we were greeted by friendly staff who showed us where to park our pushchair and notified us to remove our shoes before entering, including adults. P3 went running through. Little Street Maidstone is totally different to anything I would have expected. There’s not an ounce of soft play in sight, instead there are little child sized rooms of well known town places.

There’s a theatre equipped with plenty of dressing up, a stage, makeup station and beanbags to watch the show. Next along the line is a Police Station with hand cuffs and police uniforms. There’s a brilliant Construction Zone, a supermarket, medical centre, school, post office, cafe and a cute stable area.
P3 spent most of her time in the supermarket if I’m honest. With mini trolleys and baskets she was in her element. Picking recognisable items off the shelves. Little Street has been designed with the input of Early Years Practitioners to help promote self awareness and learning of the world around them. Most importantly it is there for children to have fun. I don’t think I’ve seen P3 so content with a play area as I did this day. She was running about excitedly exploring all the different areas.

The staff are constantly walking around replacing abandoned items back to their zones which I quite liked because it meant that the children were always able to enjoy each zone to it’s best possible function. Adults are encouraged to join in with the children unlike soft play where you see many parents sitting on the side (me included when I can). I really enjoyed being able to see and assist P3 with her imaginative games. Being served cakes in the cafe and having my arm chopped off in the hospital. Little Street Maidstone is a small venue and runs as sessions rather than being able to just turn up. The sessions run from 9:30 every 2 hours and they are each 90 minutes long. So 9:30-11, 11:30-1, 1:30-3, 3:30-5. They recommend to book online and to check the booking page for available slots if you wish to pay when you get there. The play area is designed for under 8s but I think you’d have to judge how your own child is as I would say an 8 year old boy, for example, could find this a little too young.

We had a brilliant time at Little Street Maidstone and will definitely be returning.

Disclosure: We received an invite to attend the blogger preview event free of charge however was not asked to write this review. These opinions are of my own as we enjoyed ourselves so much!