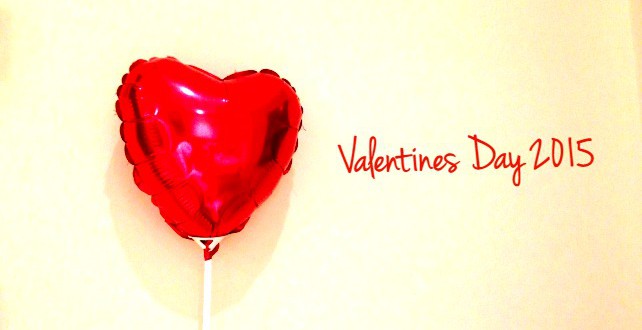 We’ve had an extremely different weekend. P1 and P2 have been for a sleepover round their Grandparents in Essex and we’ve had a weekend of just P3 which has been surprisingly easy. It hadn’t gone unnoticed that this weekend was also Valentines Day and I wanted to plan something for hubby as a surprise.

I’m not overly good at surprises when it comes to hubby, most the time he guesses or I have to tell him for some reason or other. I planned to use our Zizzi vouchers and cinema tickets we were gifted for our Anniversary. I’d had it all arranged when hubby suggested one weekend that we go out for dinner using the Zizzi vouchers, so obviously I had to confess. Then we realised you couldn’t use the Tesco Zizzi vouchers on Valentines Day. So I just arranged for my MiL to have P3 and we’d go to the cinema anyway. I’ve never really received anything on Valentines Day… even now I’m a married woman but I’m not overly concerned. We should be showing each other we love each other every day, not just splashing out on V-Day. Hubby had bought me a card this year, and I hadn’t. So in the morning I made a quick batch of pancake bites that I’d found inspiration from Hollybobbs the night before. Then I printed a free card from the internet.

Hubby didn’t actually eat the pancake bites as he’s very particular with pancakes and never eats breakfast but he appreciated the thought, and the girls enjoyed eating them for him before they went for their sleepover. At 3pm we headed to the MiLs to drop P3 off. It’s a very weird feeling not having all three girls. We wandered around town as we were early. We went into Robert Dyas and the 99p Store because we are totally cool and then went for a Costa! I chose to watch the new 50 Shades of Grey film. Hubby wasn’t overly keen about the idea and once the film had started I realised he was probably right.

I’ve read all three of the books, so I knew exactly what was happening. But if you hadn’t read them you’d probably be a little confused. First of all, I don’t think that Christian Grey was the jaw droppingly handsome man he was expected to be. I also found the film very slow and a little boring in parts. Obviously, the sex scenes were extremely graphic. When we came out the cinema hubby said “That was basically like watching a soft core porno” he wasn’t very wrong! The film didn’t seem to have a storyline and ended abruptly. I wasn’t overly impressed but will most likely view a subsequent film if/when they make it.

My coil is preventing us having any sort of 50 Shades moments so we finished the night by picking up P3, having a McDonalds snack wrap and an early night!

What did you do this Valentines?