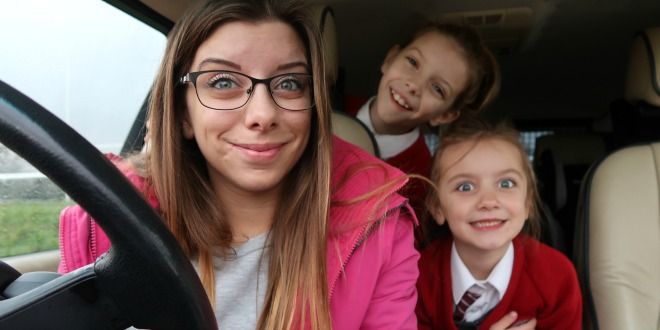 We Can’t Believe It, She Got A Space

If you want to read about why we decided to move the girls, you can find a very honest blog post about it here. Our decision to move primary schools last year was one predominantly made for Freya’s benefit.

Our middle daughter, Eva, who is in Year 1 had been doing really well at the “old” school. She was progressing as she should and very happy. Logistically for us as a whole family, it made sense to have them all in the same school which is why we had to think of both Eva and Elsa in our decision making.

Sadly there wasn’t a place for Eva at the time Freya joined the new school. Eva was put on the waiting list and actually took top place due to having a sibling in the school. There were no guarantees that she would get a place soon or even ever!

This caused quite a bit of uncertainty and stress for us. It definitely didn’t sit well with Hubby who was desperate for all the girls to receive the best education, something we felt the old school wasn’t giving. It felt weird leaving Eva there to possibly deteriorate as she moved up the school just like Freya had. Of course we had no choice but to wait, pray and keep everything crossed for some luck.

We were very transparent with Eva from the beginning – that she would eventually hopefully be going to the new school. That was our plan for her and for our youngest daughter Elsa who was due to start in September 2019. She was excited about the idea. A very different reaction than her big sister. She asked every day whether she was moving yet.

Eva is a very confident person. She takes life as it comes. Throughout her first year of school and going into Year 1, she’d never really made any solid best friend type friendships. She was the type of person who played with everyone, knew everyone, or was happy to play alone. This gave us the hope that Eva’s transition to a new school would be smoother than Freya’s.

As we battled three school drop offs every morning, two in the afternoon, we had heard stories or hearsay about a family moving at the end of the current school year. This allowed us to focus on a point where hopefully Eva would be able to join. It wouldn’t be until she started in Year 2, September 2019, when Elsa was also due to start Reception Year.

Completely out of the blue and whilst travelling to London by myself for a blog day out, I received a phone call from the school. It’s always slightly terrifying seeing your child’s school pop up. “Is Freya ill?” “Has she been naughty?”. That particular week was a really difficult one for Freya so I was expecting the worst from that call.

“Mrs Fisher, we have a space available for Eva to start on Monday!” Said the office lady. I was in a bit of shock if I’m honest. My response to her was “are you joking?” Yup not the best response but it felt surreal to be hearing those words less than eight weeks after Freya started. Part of us felt like that time would never come and we were trying to adjust to that outcome.

It was a Thursday morning when we received the news about Eva’s place becoming available. I was shaking on the train with shock, excitement and a bit of sadness if I’m honest. Eva’s class had a lovely bunch of children and an even better bunch of parents that I’d made some amazing friendships with. I had no worries for Eva moving but the worries for myself never seeing those parents again hit me hard.

That afternoon we told Eva about the situation. The following day would be her last. She was excited which was reassuring. She asked her big sister all about the lunches and play time. Freya instantly switched from her little rebel against school to this supportive, excited big sister. It felt like things in those moments instantly changed for the better. The cloud that had come over me from Freya’s traumatic change of school, lifted to reveal light.

I was terrified about telling the school on Friday morning that it was Eva’s last day. The teacher looked like she was going to cry actually and I fully expected to myself. I felt pretty emotional about the whole situation but the adrenaline from excitement over powered that. Eva was excited too.

We sorted out Eva’s uniform over the weekend, spending an absolutely fortune as their uniform is required to be logo and you can’t buy it from supermarkets etc. Whereas their previous school was a generic colour with no requirement to have to buy the logo versions.

Eva struggled to go to sleep on Sunday evening. She had lots of questions to ask and uncertainties of her new journey. I could see the nerves fill her as we walked onto the new playground on Monday morning. That was actually the first time I’d even been on the playground in the morning and had to ask Freya what happened and where we go. Both Hubby and I had tears in our eyes as we waved goodbye to our beautiful girl. She’d decided that she wanted to line up with her new class instead of going in early through the office like Freya had done. She was brave and seemed so grown up as she held hands with the teacher and wandered out of sight into her new classroom.

Hubby and I spent the day nervous. We hoped she was having the very best day but also panicked that something may upset her or she’d feel lonely. We doubted our choices once again. Had we made the right decision for Eva? She was doing ok, could this change all of that?

The afternoon came round slowly. We joined the other mums on the playground and waited anxiously for Eva to return to us.

Honestly the sight we saw made us cry with joy. Eva came out jumping around with excitement, the biggest grin on her face that I’ve ever seen from my child. She’d had a brilliant day and the teacher was really happy with how she settled too.

Eva joined at a busy time in the year. The last week of November when Christmas nativity practice was in full swing. Eva was sort of thrown in at the deep end, learning songs and actions. She ended up in the Golden book and has had countless stickers of achievement during her short time there already.

Just like we expected Eva hasn’t batted an eyelid at the change. She’s jumped head first into it and is enjoying the new school so much. There’s of course been a few niggles she’s told us about, like her hair being played with (sort of comes with the territory considering she’s a living repunzel) and the fact she’s not keen on PE. But on a whole, she’s incredibly happy and no serious issues to be concerned about.

Seeing Eva thriving and Freya finally settling and doing well, has only strengthened the acceptance of our decision. We one hundred percent made the right choice for our daughters and we are very excited to see how Elsa does joining in reception this year too. This school is going to offer them all a brilliant start.

The only regret I have is that I didn’t do this move sooner for Freya.