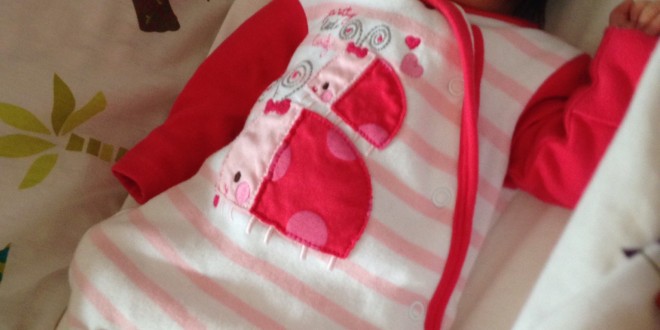 “We have really formed a strong parenting team”

P3 is now a week and one day old. It’s gone so fast yet so slowly too. Each day seems to roll into one as I see nearly every hour during the night. I feel like hubby and I have really formed a strong parenting team, I suppose we have to as we are outnumbered now. I think generally we are adjusting quite well and have even been out a few times to soft play. P3s umbilical cord fell off this morning. It came off much easier than P2s did, the midwife thinks that’s because of the placenta abruption and there being no blood in the cord when it was cut. At least it didn’t gross me out like P2s where it hung off for a few days revealing a yellow underneath. P3s was just laying in her nappy when I went to change it.

As a general, she’s been waking (eyes open) in the mornings and in the late evenings only but today she’s been very awake and alert, showing off her beautiful big eyes. P2 has been very intrigued and frequently asks for cuddles or says “hello” to her baby sister.

Last night and this morning was a pretty awful night, P2 was extremely unsettled between bedtime and about 3am. P3 however, woke about twice in that time. Then at 5am they disrupted each other and we’re both wide awake, P3 finally dropping off at about 8am and P2 having her nap at 11. My eyes are being prized open with match sticks today and I cannot wait for bedtime.