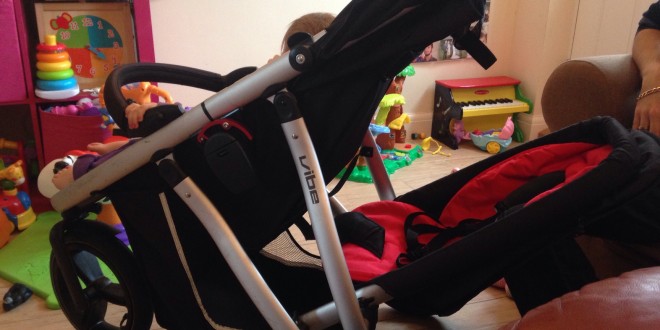 “We picked up our double stroller”

I now have two daughters under the age of two. There’s actually 19 months 3 weeks and 2 days between P2 and P3. We debated for a long time whether we’d need a double pushchair. I’d researched many brands and had one that I desperately wanted, the Mountain Buggy Duet.

I wanted a side-by-side double. I’d borrowed a tandem style Phil & Teds to go to the Baby Show with P1 and P2 and it was just awfully heavy and hard to manoeuvre. So the Mountain Buggy ticked my boxes; it was the same width as a single, it had adjustable handle bars, it was a side-by-side and was light. So many people had recommended it to us but there’s no way we could afford to buy it new and even second hand was far out of the budget we wanted to pay.

After just over 9 months we picked up our double stroller. It’s not anything I wanted but it’s so perfect!! It’s the Phil and Teds Vibe with the newborn kit. It’s a tandem and it’s a Phil & Teds. My MiL found it on a Facebook group and its second hand but it’s in such good condition. I’m now desperate to get walking on the school run or down to Tesco but the weather is quite literally raining on my parade.