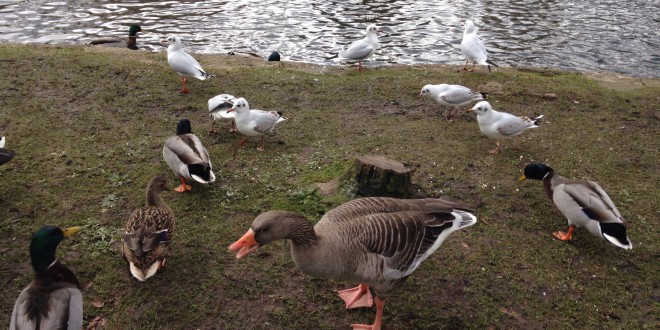 This week has been a long one and I sense that it’s far from over. It started with P2 being poorly, she had a high temperature and snot pouring from her nose. Hubby wasn’t 100% either with a cough and runny nose. P2 didn’t seem to perk up until Wednesday but hubby was already much worse by then. I say perk up, but she’s still not 100% now nearly a week later!

Hubby’s illness has got worse. He’s aching, shaky, hot and exhausted. Every evening this week he’s been asleep in bed, literally just coming downstairs to get food or a drink. It’s not nice seeing him like this. I’m very reliant on him for support and assistance with the girls. We’re a team and that’s how we’ve always been since we met. We parent together with basically the same views about parenting. So not having him around and fighting fit has been awful.

P3 started to come down with the illness on Thursday evening so she was rather emotional and not wanting to be put down. Teamed up with a stroppy, tantruming nearly two year old and P1 who’s had far too many late nights lately and also not well so off school – yesterday was tough!! I feel extremely stretched in every direction possible. Demands coming from four people with only one set of hands and feet. I’m swamped. I have things I need to get done, like folding the clean washing, keeping the house clean with all the germs flying around, tidying the toys, a few blog posts I need to finish. Especially as I’m next in line to get sick and if hubby’s not better when this happens then I fear we won’t be able to cope.

I have no idea how single parents of more than one child cope. Or the parents who’s partners work away. I’m inspired. There must be a secret recipe for success!!! I’m completely exhausted.