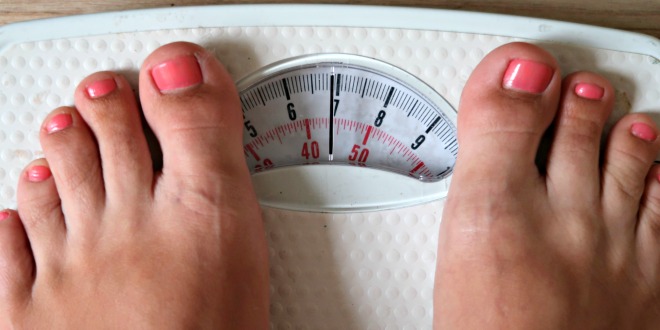 As you may know, I started a weight loss journey last week with the help of Bodychef. For those who haven’t had the chance to read all about Bodychef, they are a company that delivers freshly prepared diet plans to your door. I am currently munching my way through the Premier Diet Plan which I have restricted at 1,000 calories a day. This is my second blog post and a little update on how I found my first week of Bodychef.

I filmed a “What I Eat In A Week” video on my YouTube channel which details each meal I had more in depth: I felt really nervous when my first box arrived last week. Growing up I was always an extremely fussy eater and this continued until quite recently actually, but I still struggle to enjoy fruit and vegetables. So seeing a box packed with exactly the thing I was dreading was quite nerve wracking. The box included instructions for cooking and a meal plan too even though each item/portion was clearly labelled with the day on it.

On the first day I felt so incredibly hungry. I wasn’t too keen on the first few meals and ended up leaving half of some of them, especially the breakfast which I am generally quite picky about. But I think the hunger sort of forced me to want to finish my meals from the second day onwards. Everything then became really tasty. I was even shocked to find I was having two crumpets with jam on some of my mornings which is now a favourite of mine. The lunches definitely hit me hard. Salads and egg mayonnaise was amongst the list of meals I was consuming. By the end of the first week I think I had eaten more vegetables and fruit than I have in my entire life! I tried beetroot and oatcakes both of which I really don’t like. What has been great is that you can personalise your meal plans for the following deliveries excluding certain items forever or just changing certain meals.

I was really shocked by the dinner options though. The portion sizes have been much bigger than what I would usually dish up for myself. I’ve ended up giving my left overs to Hubby to finish as I hate wastage but I just can’t manage the entire meal. Everything is really easy to cook and you either pop them in the oven or in the microwave. You do have to cook the pasta/rice and the vegetables. My body definitely struggled to adjust to the hunger pains. I felt pretty exhausted the majority of the week and decided not to exercise for fear of running myself to the ground. I think this is normal though because obviously my stomach was larger and accommodating big portions, it suddenly wasn’t getting filled up. However, by the end of the week I was genuinely feeling less hungry and less like I wanted to delve into our snack drawer.

Despite not exercising at all last week I have actually managed to lose 4lbs already!! I was really shocked seeing the little scale pointer being under the 7st mark for the first time in such a long time. You can’t see my of a difference in my photos, a little less bloating I think. Moving forward into next week I am going to start exercise once a day, possibly twice depending on what I’m doing that week. I am now determined to really tone up along with losing the weight I am aiming for. Don’t forget to check out the Bodychef website as there are so many different diet plans to suit every goal and I can honestly say that it is working. You can also find out your own BMI on the website too which is really handy.