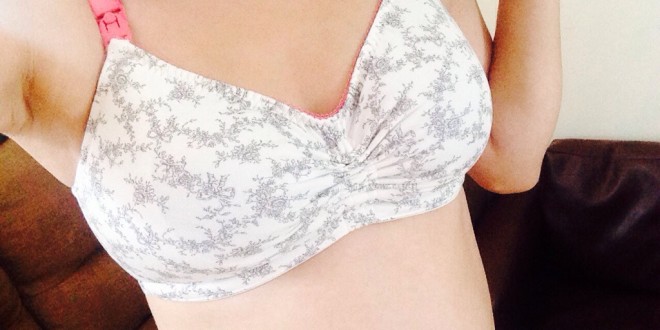 When Should I Stop Being Naked Around My Child?

** Warning this post is about penis’, vaginas and boobies **

As a woman, the moment you see that positive pregnancy test you are signing away any sort of dignity you ever had. Not just that all and sundry will get to see your lady bits during the 9 months of pregnancy but because as a mother you have an unwritten contract between your child that you allow them to accompany you to every loo stop you ever have from now until… Well when is the right time to stop? Is there a right time?

As a child my mum and my step-dad, my grandparents and other family members saw me in my birthday suit. Whether it was during bathtimes, hot weather or sleepovers. As I grew older and more conscious of my body changing through puberty this was maybe limited to just my parents and grandparents. It was also normal for me to sit and watch my mum in the bath or wandering around naked (not that she just wandered around naked daily or for long) but the first real memory I have of seeing a penis was when I was 8 and my little brother joined our family. I was fascinated. So fascinated I ended up with wee in my hair by getting too close to one of his nappy changes.

I have no memory of seeing any other willies until the time came that I started having sexual contact with a real boy. Would things have been different if I’d been more exposed as a child? Would the whole thing have been less of a taboo!? My girls are exposed daily to my hubby, it’s not like he or I wander around the house with our genitals out, but the door is never shut on the bathroom when either of us shower and he rushes past in the mornings to go for a wee. With my hubby being quite big in that department it’s hard for the girls to miss. P1 thinks nothing of it anymore, at first she was very curious about it but it’s now just normal. P2 is now at the age where she’s very curious and will stand, staring at hubby through the shower glass and pointing.

I’ve seen many posts for advice about when you should stop being naked in front of your children on various websites and Facebook groups. It’s usually where a mum is asking about a son, or a dad about a daughter. I’m certainly not saying it’s acceptable for an Uncle or a Grandparent to be walking around naked in front of my daughters, or for me to spend the day completely naked, but I really don’t see the harm in exposing them to my body or my husbands for a shower or whilst we get dressed. If anything I see it as a benefit. They can be comfortable with their bodies if they see their parents being comfortable. We can teach them about the differences between bodies without it being such a scary thing when it gets taught in school.

Children are curious creatures and with no exposure to certain things they cannot and will not learn. I feel that just because my hubby is the opposite sex to our daughters, doesn’t mean he should be covered up at every moment they are around. I think it’s important in their development and their knowledge of the world whether they are 1 or 16.

Share
Previous Clarks School Shoes Review
Next When should I potty train my child?