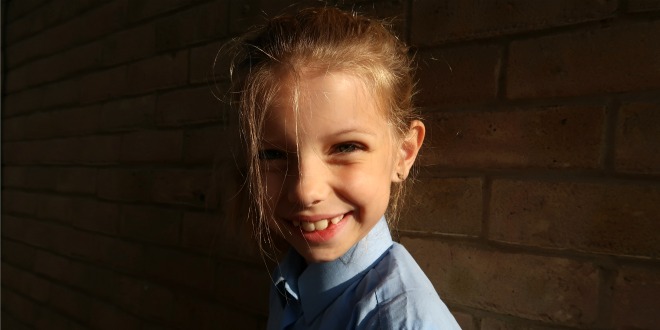 You Are In Year 4

Over the past year or so we have been watching a brand new building arise from the old school playground. Each week something would change about it; bigger, the roof put on, windows going in, outer panelling on, new playgrounds created and then finally it was finished before the end of the last school year. The school was moved from one dated, run down building into a brand spanking new one over the holidays.

P1 was going to be entering a new year, a new class with new teachers and she was going in to a brand new school building too.  She obviously gave the usual “I don’t want to go to school” grunts the night before but in the morning she was in high spirits. We had zero arguments about her clothing and she ate her breakfast with no issues too.

I had been feeling a bit anxious about the new school year since we received the email informing us of the new teachers. Firstly, for some strange reason they decided to have a swap around and her class changed it’s letter for the first time. Secondly, she was having a male teacher for the first time ever and he is newly qualified and her class would be the first class he was teacher as lead teacher. Thirdly, the new building sort of terrified me for the “I hate change” child that P1 is. After a little misunderstanding with the email I thought I’d read correctly, and Hubby having to figure out the new drop off location with the new school, P1 went in well. P1 actually had her after school club on the first day back so it was a pretty long day and we didn’t get to hear about her first day until 6pm. We also got a sneaky look in the new dining hall which was brilliant.

P1 loved her first day. She said she kept getting lost in the new building as the teachers didn’t really show them around apparently. In my opinion she probably wasn’t listening or paying attention to remember her way around the school. She said she found her new teacher really funny and I have good hopes for this year now that I know he’s going to make her learning fun. I’m actually so surprised that we didn’t have any tantrums, resistances or tears surrounding the back to school process. I’m so proud of her.

I can’t get my head around the fact that she is now a Year 4 and this is her fifth year at school already! It makes me feel so old.